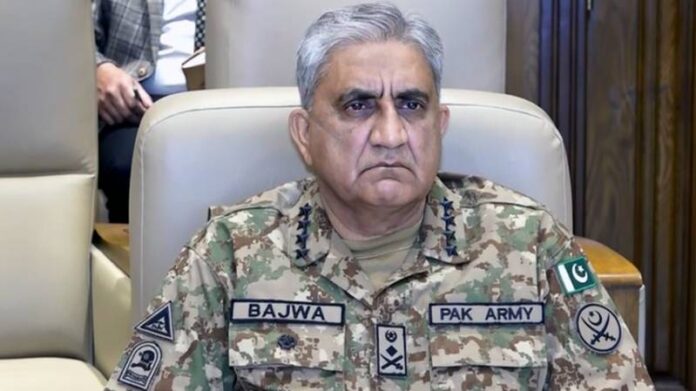 During the meeting, the two sides discussed matters of mutual interests, the overall regional situation including recent developments in Afghanistan especially the situation on the Tajik-Afghan border, and the measures to further enhance bilateral defence collaboration between the two countries, Inter-Services Public Relations (ISPR) news release said.

The COAS said that Pakistan valued its brotherly relations with Tajikistan, which were based on shared faith, culture and convergence on all important issues relating to regional peace, security and stability.

The COAS also appreciated Tajikistan’s efforts towards regional connectivity and its inclination to achieve the same through Pakistan.

On June 23, officials in Turkey and Azerbaijan appreciated Pakistan for its role in promoting peace in the region, especially the country’s efforts for bringing stability in Afghanistan.

They made such views during Gen Bajwa’s separate visits to Turkey and Azerbaijan.

COAS Gen Qamar had met Turkish Defence Minister General (retd) Hulusi Akar during his day-long visit, and discussed matters of mutual interest including the Afghan peace process, according to a statement issued by the ISPR.

“During the meeting, matters of mutual interests, regional security situation including recent developments in the Afghan reconciliation process and bilateral defence and security cooperation in various fields were discussed,” the statement read.

Earlier on arrival in Azerbaijan, the army chief was presented with a guard of honour by a smartly turned out military contingent.

During the meeting, the military’s media wing said that matters of mutual interest, bilateral defence and security cooperation, regional peace and cooperation in energy, trade and connectivity projects between both countries were discussed.

ISLAMABAD: The Counter-Terrorism Department (CTD) in Balochistan province has announced to have arrested three facilitators of the suicide attack on the Chinese engineers’ convoy last...
Read more
NATIONAL

50 people stormed the office of the Malir superintendent of police (SP) on Friday where three armed individuals were arrested by Karachi police According to...
Read more
NATIONAL

ISLAMABAD: The opposition has outrightly trashed the government’s plan to hike gas tariff by up to 35 per cent for domestic consumers for the...
Read more
- Advertisment -

Russia says it’s in sync with Pakistan, US and China on...

September 26, 2021
NEW YORK: Russia, China, Pakistan and the United States are working together to ensure that Afghanistan’s new Taliban rulers keep their promises, especially to...