To save the climate, the business model must be changed 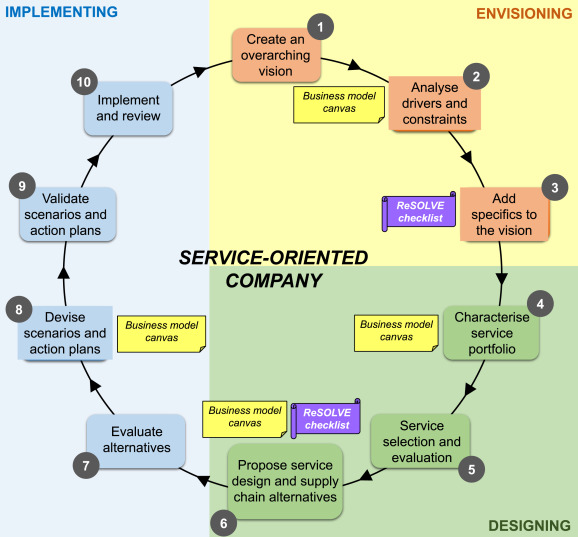 Since the beginning of time, the concept of ‘synergy’ has been taught as the success formula for the effective and efficient achievement of any goal. Synergy can be understood as the effect that occurs when the interaction or cooperation of various components gives rise to a whole that is greater than the simple sum of the individual actions of these components. Unfortunately, mankind has failed to reap the benefits of this ideology and adopted an inherently disconnected and individualistic approach towards economic development. The linear model of economic development existing in almost all the global economies adopt a ‘take-make-waste’ approach towards resource consumption with almost non-existent synergy of resource production and consumption within the various economic sectors. This approach has resulted in present-day climate change, environmental degradation, and resource degeneration challenges plaguing the planet.

Unlike the man-made economy, everything is reused or repurposed in nonhuman ecosystems. The concept of a circular economy is restorative and regenerative by design based on re-imagining the relationship between resources by making one industry’s output as another industry’s input and resulting in the elimination of resource wastage. An example of this concept is the use of biomass from the agriculture sector into chemical feedstock for products, bioplastic production, or converting it into fuels for transport, heat and electricity generation. The concept of the circular economy applies to almost every industry, with clothing, construction, agriculture, food, automobiles, telecom, furniture, among them, but not comprising them alone.

In Pakistan, almost all the economic sectors follow the ‘take-make-waste’ approach of the linear economic model. There is no synergy between any industries for cyclical sharing of various resource inputs and outputs. This has led the country towards severe resource shortages and environmental degradation. Pakistan is greatly plagued by vast quantities of mismanaged waste such as plastic. Each year more than 3.3 million tons of plastic is wasted in Pakistan and the majority of it ends up in landfills, unmanaged dumps, or thrown about land and water bodies across the country, damaging the ecosystem. According to an estimate, if this waste was to be dumped together, it would reach as high as 16,500 metres, which is the height of two K2 mountains, the world’s second-highest mountain.

Similarly, approximately 433 kilotonnes of e-waste were generated in 2019, creating huge ‘digital dumpsites’ in the country due to lack of concrete recycling policies or industrial practices. Being an agricultural economy, a large quantity of agricultural waste is generated in Pakistan. According to research, biogas worth Rs 260 billion per annum from buffalo and other cattle alone is wasted in Pakistan, which can serve as a potential energy source. Crop residue is not used. Instead, this residue is left as waste on the fields after picking some part of it for fuel, animal fodder and shelter. It decomposes in open fields or is burned off, causing smog and poor air quality and adding to greenhouse gas emissions.

This economic transformation is not an overnight process, nor does it depend solely on industrial restructuring. It is, in reality, a change in the mindset, behaviour and priorities of all the concerned stakeholders. We have to Think Green before we can Act Green and ultimately Go Green. It is high time to start reimagining the relationship between resources in both our daily lives and the corporate sector and, as a result, reimagine the future we are creating for our next generations.

The ‘Clean and Green’ vision of Prime Minister Imran Khan cannot be realized with the current linear economic model prevailing in Pakistan. The green economic transformation requires the development of a circular economic system led by government regulations, industry-standard development, business incentives, green financing, awareness and knowledge creation among stakeholders and innovation within enterprises. The State Bank of Pakistan has a key role in developing a circular economy through the adoption of Green Banking. Green financing, an integral part of Green Banking, should be provided to innovative enterprises adopting the principles and practices of the circular economy in their business model. The government should give various tax incentives or other benefits to businesses adopting circular economic principles for creating environmental and social sustainability. Banks can prioritize specific economic sectors such as Micro, Small and Medium Enterprises (MSMEs) at the start-up or scale-up stage, women-owned small enterprises, and agriculture and livestock sectors for circular economy-based projects through green financing.

Low-interest loans under green financing schemes can be provided for setting up waste recovery plants such as waste glass being transformed into new glass, recycling paper, bioplastic production, eco-friendly SME enterprises and channel financing for green supply chain partners. The government should focus on developing waste-to-energy and waste heat-recovery setups serving the dual purpose of energy generation and waste recycling or proper disposal. Various industries can adopt the circular economic model by creating a cyclical resource acquisition, consumption and recycling processes like the banking industry may provide incentives to consumers for returning the expired credit/debit cards to the bank for recycling purposes instead of disposing them improperly and adding to the country’s plastic pollution.

This economic transformation is not an overnight process, nor does it depend solely on industrial restructuring. It is, in reality, a change in the mindset, behaviour and priorities of all the concerned stakeholders. We have to Think Green before we can Act Green and ultimately Go Green. It is high time to start reimagining the relationship between resources in both our daily lives and the corporate sector and, as a result, reimagine the future we are creating for our next generations.

Syed Asim Ali Bukhari
The writer is pursuing his PhD in Green Banking from the Universiti Sains Malaysia (USM), Penang, Malaysia and can be reached at [email protected]