Two arrests made after attack on MPA Jugnu Mohsin 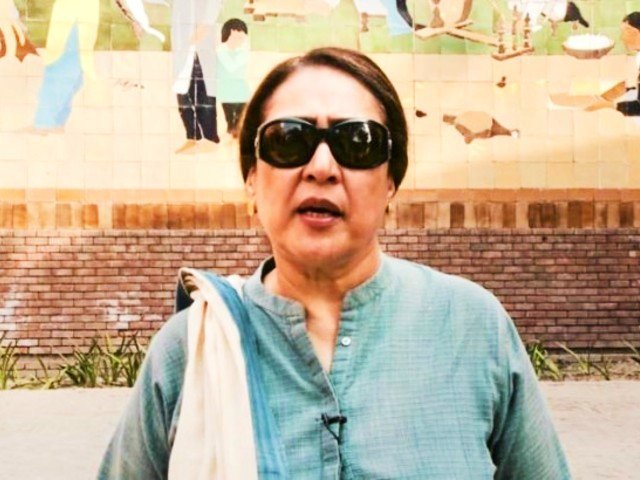 Police have registered a case and have made two arrests over the attack on Jugnu Mohsin and her convoy in Okara’s Hujra Shah Muqeem, when they were travelling to the area for a public rally.

A veteran journalist and member of the Punjab Assembly, Syeda Maimanat Mohsin, popularly known as Jugnu Mohsin, was allegedly attacked while she was returning home after addressing a public rally in Okara’s Hujra Shah Muqeem area. She remained unhurt in the incident.

Mohsin, the wife of senior journalist Najam Sethi, was allegedly intercepted on Hujra Road by a person identified as Muhammad Hussain and some other unidentified gunmen, who were riding on motorcycles.

Punjab Police have registered a case against seven people over the attack on Punjab Assembly MPA Jugnu Mohsin in Okara.

According to the FIR, an accused person, identified as Mohammad Yaseen, had threatened her on social media two days ago that if her convoy comes to Jhuj Kalan, no one will be allowed to leave alive.

The FIR said that two of the suspects in the case were armed, two had sticks, and two were carrying stones. It added that the suspects had fired upon the convoy and broken the windows of the car with the sticks.

Hussain also told the police that the MPA had received warnings on social media that if she visited the area, she will be attacked.

On the other hand, the police said that they have arrested two suspects named Mukhtar and Sultan in the case.

According to reports, Mohsin was receiving death threats on social media. Some people had been warning her not to hold a rally in Punjab’s Jhuj Kalan and threatened her that they would attack her if she would go ahead with her planned public meeting.

Despite the threats, Mohsin went on to conduct the rally, after which unidentified gunmen intercepted the convoy and opened fire. They also hurled stones and attacked them with clubs.

Human Rights Minister Shireen Mazari, HRCP, and Amnesty International condemned the attack on the former journalist. As soon as reports of the incident emerged, Mazari condemned the shocking attack.

“Culprits must be caught and dealt with strictly under the law. Absolutely unacceptable. This is terrorism,” said the minister.

The attack was also condemned by the Human Rights Commission of Pakistan (HRCP) and Amnesty International’s South Asia office.

The HRCP said that it was relieved to hear that the MPA was safe and called the authorities to “book” the attackers.

Meanwhile, Amnesty International noted that the attack was a “glaring reminder” for the “authorities to act on threats made against women online”.

“A swift, impartial, and independent investigation must be immediately conducted to bring those responsible to justice,” said the rights organisation.

Mohsin, whose real name is Syeda Maimanat Mohsin, was elected from the PP-184 (Okara-II ) constituency.

The former journalist won the seat in the 2018 general elections and choose to remain independent after winning.