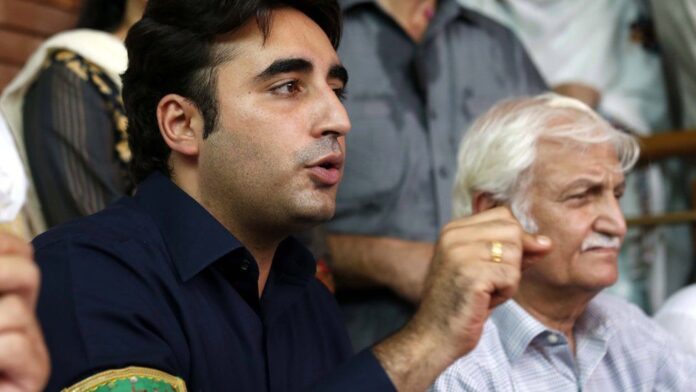 Sources in the PPP have confided in Pakistan Today that Bilawal Bhutto-Zardari and Aimal Wali Khan discussed the possibility of a new alliance and agreed to work in this direction and hold consultations with allies and like-minded parties.

The source said that the two parties noted that the nationalist parties of smaller provinces including Sindh, Khyber Pakhtunkhwa and Balochistan were kept out of the PDM and they would eager to play their role in the national politics.

“The two leaders noted that the nationalist parties of the three provinces were left in lurch and they wanted to join forces with the PPP and ANP to play their role in national politics,” the source said, adding that the two parties would hold further talks after talking to like-minded parties in this regard.

The sources said that the two leaders expressed displeasure over the tilt of PDM chief towards the hawkish policy of the PML-N’s Maryam Nawaz and decided that they would be happy to work with Shehbaz Sharif who carried a pragmatist attitude towards the national politics.

Later speaking to media, Bilawal said that the parties of the PDM seem to be in a state of confusion.

He said that the idea of forming the PDM was put forward by the PPP, however, neither the PPP nor the ANP attended the meeting of the PDM a day ago.

“It seemed like the parties of the PDM are confused,” said Bilawal. “Opposition parties should at least not get confused in the parliament.”

He added that all those political parties which are clear about their political stance are in a better position to give a tough time to the PTI-led government.

There did not seem to be a clear-cut strategy in the PDM’s meeting yesterday, said Bilawal.

Bilawal said that earlier, all the 10 parties of the PDM were supportive of an action plan set forth for the alliance, however, the action plan could not be implemented because there was no consensus among the parties.

“Unless and until the action plan is brought back, there is no point rejoining the PDM, said Bilawal.

He said that if all opposition parties collectively target PM Imran Khan’s government, it would be better for all.

“All opposition parties have the consensus that the people of Pakistan are suffering because of the incompetent government,” said Bilawal. “We are facing historic poverty because of the economic policies of the government which are based on lies.”

Speaking about the relationship of the PPP with ANP, he said that the two parties hold both political and ideological connection.

“We want a peaceful and progressive Pakistan,” Bilawal said, adding that PPP’s role in working towards the rights and self-determination of provinces will become part of history.

“We will stand before this ineligible, selected government like a wall and fight against it,” he said. “Together with the ANP, we will work both inside and outside of the parliament. We want everyone to raise a voice against the government’s upcoming budget.”

Bilawal said that had the opposition worked on the no-confidence motion, neither Punjab Chief Minister Usman Buzdar nor PM Imran Khan would be in their offices.

Speaking on the occasion, ANP Central Senior Vice-President Ameer Haider Khan Hoti thanked the PPP leadership for consoling him in his hour of grief.

He said that the PPP and ANP had both been rivals and allies in politics, adding that whenever it came to the Constitution, the two parties worked together.

“Even under the current political scenario, both PPP and ANP have an important role to play, which they will continue while occupying the benches of the opposition,” Hoti said.