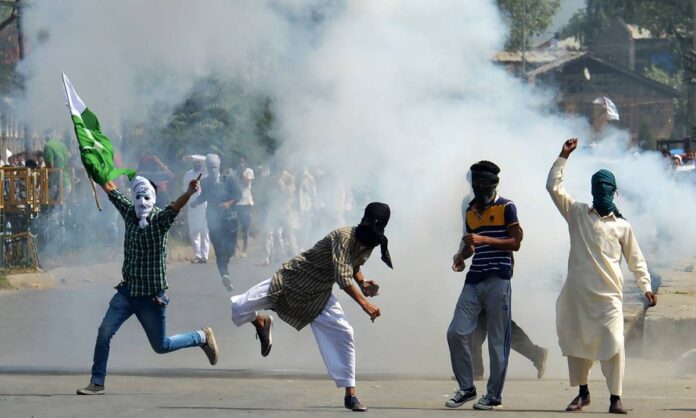 It is clear that the Modi government has practically kept the whole of occupied Kashmir a prison since the 5 August 2019 move. One million Indian troops have been given free rein to carry out every oppression on Kashmiri Muslims. The entire Kashmiri leadership is facing the worst conditions in jails. The international community has not been able to play any role in stopping the whims of the Indian government and no effective strategy has been adopted by Pakistan alone.

Prime Minister Imran Khan has become the ambassador of Kashmir to the entire international community. The promises made to bring the case of Kashmir before the international community are still awaiting fulfillment. Even in the Organization of Islamic Cooperation (OIC), there is no sign that the Kashmir issue has been raised fruitfully, and no all-party conference on the issue has been convened in the country. In this situation, just by saying that we will not make any deal on Kashmir, but are ready for dialogue, how will Pakistan persuade the hard-shelled Indian rulers to talk and how will Kashmiris get their due? Only the Foreign Minister can answer this important question.

It is good that the Foreign Minister himself has made it clear that Prime Minister Imran Khan is neither a businessman nor is any deal going to be struck on Kashmir. Until India withdraws its 5 August 2019 move, there will be no talks. The Prime Minister had said the same thing a few days ago, so no one had any doubt that such talks with India were going to take place in the near future, but the Foreign Minister’s statement in New York that if anyone wants to talk, we will do it, needs clarification, because opponents can make out that Pakistan is signaling some kind of concession to India for negotiations.

Pakistan is not ready to make any concessions to India on the Kashmir issue. Pakistan has always been in favor of giving Kashmiris the right to self-determination in accordance with UN resolutions, so that the Kashmiri people can decide for themselves what they want. If that happened then it would be a very ideal situation, but the continued denial of the right to self-determination by India has led to the fact that the sovereignty of Kashmir has been taken away by the Modi government. Apparently in this whole situation, it seems that the issue of Kashmir has come to a standstill and there is no way forward, but it is not; because there is still a way forward, it just takes a lot of patience and perseverance.

This issue is so delicate that no ruler can even think of bargaining. Imran Khan is not a bargainer anyway, but if what is happening is not a bargain, then there must be compulsion. In recent days, Saudi Arabia’s Crown Prince Muhammad bin Salman threatened to overthrow the government in two weeks, General Pervez Musharraf was also pressured by questioning friend or foe, now it can also be told to Imran Khan that your majority is artificial, so you have to stay within your limits. The opposition may make as many accusations as it wants, but Imran Khan will never make any bargain on Kashmir for power.