Sharif’s Model of the Trickledown Economy 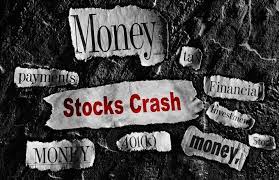 The third usurper, General Ziaul Haq, launched Nawaz Sharif in politics to counter the progressive appeal of Bhutto’s Pakistan People’s Party (PPP). At that time Mian Muhammad Sharif was head of the Ittefaq Group, a midsized businessman of Lahore who was ferociously against the socialist policies of Bhutto, under which his foundry in Kot Lakhpat had been nationalized. Once I had the chance of traveling with Awami National Party (ANP) leader Comrade Ajmal Khattak. As it was a long transAtlantic flight, I had the chance to discuss politics with him. In answer to my question about his alliance with Nawaz and his right of centre party, he said this was mainly for improving the economy. With the collapse of the USSR, most Socialists were lost. While China opted for reforms, only Cuba and North Korea kept the old system going. The Zia-Sharif nexus was for a new Economic Order. Zia even denationalized their primitive foundry in Lahore whle holding back the much advanced outfit next door called BECO (Batala Engineering Company).

Margerat Thatcher in the UK and Ronald Reagan in the USA both introduced the concept of ‘trickledown’, which meant favoring the rich to expand and invest, hoping for the crumbs to fall. Deregulation and receding state role was the approach. It was called ‘ Thatcherism ‘ and ‘Reaganomics’. The net result was a skewed distribution of wealth, as the rich got richer while the poor sank. It is widely argued that Bhutto’s nationalization of functioning industrial units was disastrous for the economy but it was during this period that basic industrialization took place, like the steel mill, fertilizer complexes, defence production, revamping of the atomic energy programme, mineral and oil exploration and so on. The big question is with no major project launch from 1977 to 2018, what have been the economic gains as envisioned by Comrade Ajmal Khattak and his left-of-centre progressive party?

As an intern metallurgist, I had the opportunity of working at Ittefaq Foundry which was called LEFO (Lahore Engineering and Foundry) after nationalization. It was a primitive factory where cow dung was being used for mould making. It was a 19th century outfit where employees worked in sub-human conditions. While BECO was founded by C.M. Latif, a very able and competent engineer, by contrast Ittefaq was run by skilled lohars (Ironsmiths) whose sole aim seeked to make quick profits with minimum input. After gaining political power, Mian Sharif the shrewd businessman decided to create the Sharif Group leaving his brothers behind. While he created the Takht-e-Lahore, the entire country became his canvas. The Ittefaq Foundry was finally dismantled and its land sold as plots.

While the world has suffered at the hands of the ‘ Trickledown ‘ mode, Pakstan has been plundered through the ‘Trickle Up ‘ bluff in the garb of economic development. The ‘ Zia-Sharif Economic ‘ model has to be dismantled as the ground realities are very grim. For the last 40 years, the PML(N) has been plundering the wealth of the nation like an invading army which it is not, though it was launched by the military in the 1980s, resulting in a disastrous economic meltdown.

Pakistan Muslim League (Nawaz) a party that was launched from the Muslim League House on Davis Road, has no political ideology. It is an outfit of interests not politics. Instead of the traditional ‘Trickledown Capitalist Ecoonomic Model’ it came up with their own  ‘Resources Usurpation Model’ or  ‘Loot Sharing Mode’. Plots, permits, loans, SROs, conflicts of interest,  development at state expense and so on are all inclusive. While in the ‘Trickle Down’ mode, expansion and wealth generation takes place at the top hoping for the crumbs to fall.

The Sharif model was unique in many ways. After gaining political power, they introduced a ‘Trickle Up’ approach. Massive loot and plunder took place at all levels. Only invading armies indulge in such a usurpation. After some research I could only come up with two names in the entire party, and both of them have also now been accused of wrongdoing. Ahsan Iqbal, the Secretary General of the party, faces NAB Reference for building the Narowal Sports Complex in violation of rules as it was a domain of the provincial government. Senator Pervaiz Rashid was not allowed to contest the elections as he had defaulted in payments to the Punjab House where he used to stay. In other words almost  every important player of the PML(N) has benefitted from this ‘Lootcracy’ or ‘Trickle Up’ of the assets of the state, to favor a few at the cost of many including the collapse of vital institutions that were trampled in the process.

The approach is very simple. They should all declare their family assets in 1985 when they entered the political arena and reconcile them with their current wealth. Money trails have to be provided. The ‘Ittefaq Group’ (Mian Sharif and his six brothers) first moved from a three-marla house in Gawalmandi to the industrial area on Ferozepur Road adjoining Model Town. An NOC was obtained for residential use of the plot. Seven mansions were built to accommodate all the brothers who worked together in the Foundry close by in Kot Lakhpat.

After gaining political power, the ‘ Sharif Group ‘ (Mian Sharif and his three sons) started to build the Jatti Umra Estate and the Sharif Medical City and Educational Complex near Raiwind in the outskirts of Lahore. The entire area was developed at state expense.The land area is 1500 Kanals of flat fertile land. From 3 Marlas (0.15 Kanal) to 30,000 Marlas, it’s a phenomenal rise unheard of in this part of the world. The land around the mausoleum of Baba Farid in Pakpattan was illegally allotted to gain favors. The Elahi Buksh Clinic on Lawrence Road was forcefully taken over from the family of Dr Buksh who lay buried there. The plots reserved for the widows and destitutes were doled out to party workers.

One of them built a house across the street in Johar Town where I lived, and he was not even a widower. He earned the title of ‘Disco’ as he had installed coloured flashing lights in his verandah. As a token of thanks to his leader, he installed a huge billlboard on the Main Canal Road depiciting Nawaz Sharif who was shown accepting a bouquet of flowers from his loyal worker. After the takeover in October 1999, the board suddenly disappeared overnight. It was hidden on the roof of his house. The neighbours in order to tease him warned him that the Air Surveillance unit had marked his house. In utter panic , he not only removed the evidence but also sold his house to save the bounty graciously granted him by his leader out of the quota reserved for the widows.

Bhutto moved from his Socialist Model to a Mixed Economic Model in which both the public and private sector could coexist, but the welfare of the people was kept paramount. China follows a similar model today after reforms. Following the international trends in the 1980s and 1990s, Zia opted for the ‘Free Market’ and ‘Trickledown Mode’. Mian Nawaz, ably assisted by Abba Ji, launched his own ‘Economic Plan’ first as Finance Minister of Punjab and then the Prime Minister of Pakistan. The PML(N) today is a financial cult that has enjoyed a long period of ‘ Trickle Up ‘. Public sector entities were delibratey driven into the ground to lower their value.

Privatization is not abdication, the state may be inefficient but it must guard public interests through regulatory mechanisms. While the world has suffered at the hands of the ‘ Trickledown ‘ mode, Pakstan has been plundered through the ‘Trickle Up ‘ bluff in the garb of economic development. The ‘ Zia-Sharif Economic ‘ model has to be dismantled as the ground realities are very grim. For the last 40 years, the PML(N) has been plundering the wealth of the nation like an invading army which it is not, though it was launched by the military in the 1980s, resulting in a disastrous economic meltdown.