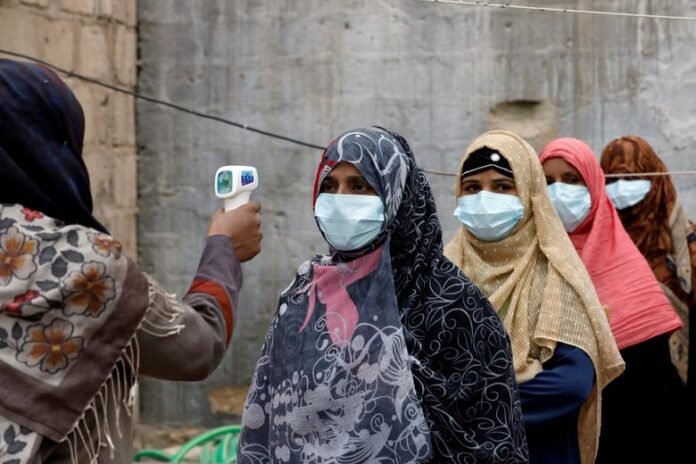 According to the National Command and Operation Centre (NCOC) update, 5,288 patients recovered and 76 died. Of the dead, 67 were under treatment in hospitals with 29 of them on ventilators and nine in their respective quarantines or homes.

Most of the deaths occurred in Punjab followed by Khyber Pakhtunkhwa.

There were 4,376 infected patients under treatment in critical care units (CCU) in various dedicated healthcare facilities.

The national positivity ratio during past 24 hours was recorded at 7.82 per cent.

The maximum ventilators were used in four cities: Lahore 56 per cent, Multan 73 per cent, Bahawalpur 46 per cent and Peshawar 39 per cent.

While the maximum Oxygen beds (alternate oxygen providing facility other than ventilator administered as per the medical requirement of the patient) were also occupied in four cities: Gujranwala 62 per cent, Peshawar 45 per cent, Swabi 45 per cent and Multan 59 per cent.

Around 576 ventilators were occupied elsewhere in the country while no Covid-positive person was on a ventilator in Azad Jammu and Kashmir, Gilgit-Baltistan and Balochistan.

Around 788,768 people were recovered from the disease so far nationwide making it a significant count with over 90 per cent recovery ratio of the affected patients.

A total of 12,444,042 samples have been tested so far, while 639 hospitals were equipped with Covid-19 facilities. Some 4,803 patients were admitted in hospitals across the country.