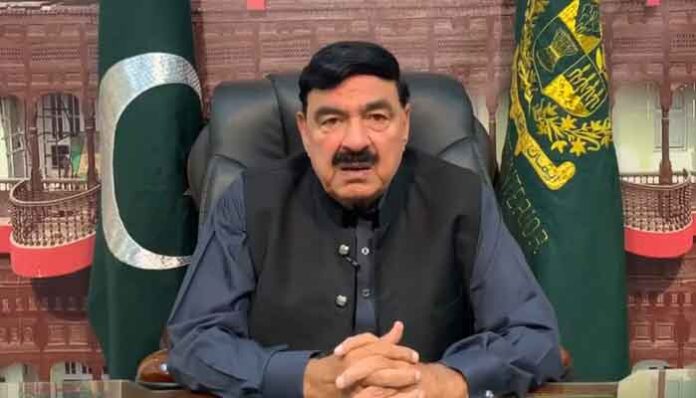 The minister added the summary forwarded by the interior ministry to place the former Punjab chief minister’s name on the ECL has not yet been received. “The summary can be received by Monday or Wednesday,” he further said, adding that the names of 14 co-accused with the PML-N leader are already placed on the ECL.

“Five members of the Sharif family are absconders in this case and he (Shehbaz Sharif) is Nawaz Sharif’s guarantor,” the minister noted. He said the leader of the opposition in the National Assembly was not directly flying to London but wanted to go to Qatar, where he was to complete a 15-day quarantine period, before flying to the UK.

He said that so far, the government has not received any medical report from the former Punjab chief minister. The interior minister said after the summary is received from the cabinet, the law ministry and the interior minister will take a joint decision on whether or not Sharif’s name can be placed on the ECL.

“So you will have to wait for the summary, after which the law ministry and the interior ministry will take a decision on the matter,” he said. “The decision will be in accordance with the law, Constitution and Article 25,” he added.

The federal minister also lauded the Pakistan Army, National Command and Operation Centre (NCOC), police and other institutions for doing a commendable job in helping decrease the Covid-19 positivity rate in the country by ensuring compliance with standard operating procedures (SOPs) during the Eid holidays. He also recognised the efforts of the public.

“In comparison, the Indian variant of the virus has spread to the United Kingdom and is infecting 0.4 million people and claiming 4,000 lives [in India] on a daily basis. In such a situation, I applaud all the Pakistan’s institutions for a job well done,” he said.

“Muslim countries must take immediate notice of the genocide of Palestinians by Israel, and it is the responsibility of the world nations to stop Israeli aggression and extremism,” Rasheed maintained.

The minister said Prime Minister Imran Khan wants to uplift the living standards of common people and for working towards this end, he has taken several initiatives for the welfare of the masses.

Replying to a question, he said the prime minister, being well aware of the country’s politics, would never dissolve the assemblies.

Rasheed said that Kashmir is a core issue between Pakistan and India, hence its resolution is essential for the establishment of durable peace in South Asia. He said Pakistan will never leave Kashmiris alone and continue to extend moral, diplomatic and political support for their independence movement.