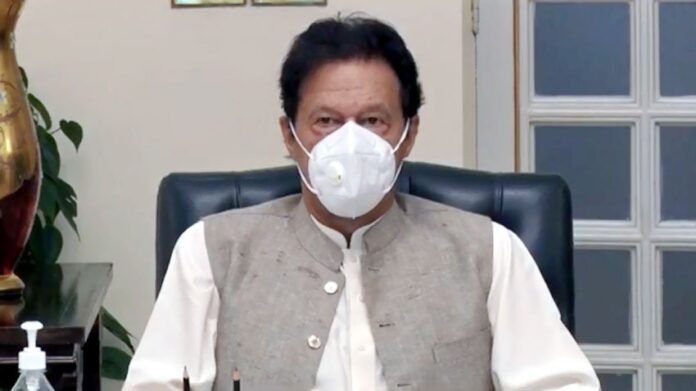 ISLAMABAD: Prime Minister Imran Khan Tuesday warned India against becoming a pawn in China containment efforts being made by the western world, saying that if India stood against China, it would destroy itself.

Responding to a question during a live television show from common Pakistanis, PM Imran said that the western world was afraid of China’s rapid rise and hence the western countries have decided to make India a strong power in the Asian region to help contain China.

“There are fears in the western world that China will overtake them. Hence, the western countries have decided to make India a strong power in the Asian region to help contain China. If India stood against China, it would be foolish because it would destroy itself,” said the prime minister.

He further said that efforts have been made to create awareness across the world regarding the Indian Occupied Kashmir (IOK) dispute.

“Unfortunately, Western countries do not stand with Kashmiris as much as oppression is taking place there. Until the situation returns to post-August 5 situation, there will be no talks with India,” Imran said.

Referring to the recent Israeli barbarism against Palestinians, the PM said that Israel had persecuted the Palestinians on the 27th night and firmly condemned the act.

“We will raise our voice against aggression. I have tasked Foreign Minister Shah Mahmood Qureshi to speak to our allies including foreign ministers of Saudi Arabia and Turkey. I have myself raised the issue of Islamophobia during my meeting with Saudi Arabian Crown Prince Mohammad Bin Salman,” he said.

PM Imran said that Pakistan was trying to raise a unified voice of the Muslim Ummah against Israeli atrocities and other issues.