No ‘visibility’ of COVAX jabs from Germany: minister 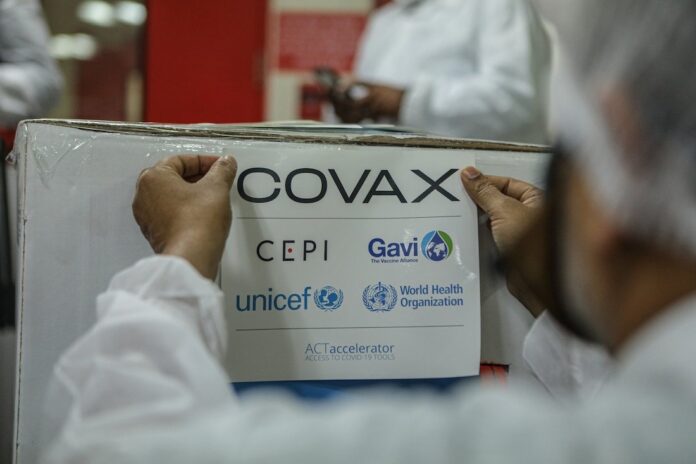 ISLAMABAD: The government does not have “any visibility” of 15 million coronavirus vaccine doses that Germany promised to provide by May, Minister of State for Health Dr Faisal Sultan said on Tuesday.

“We don’t have any visibility of this delivery at this point,” Sultan told Anadolu Agency in a brief message.

“Following my meeting with Foreign Minister @HeikoMaas, I am happy to announce that Pakistan will receive 15 million doses of the #COVID vaccine under COVAX, with a commitment for these to be delivered by May,” the foreign minister had tweeted.

Following my meeting with Foreign Minister @HeikoMaas, I am happy to announce that Pakistan will receive 15 million doses of the #COVID vaccine under COVAX, with a commitment for these to be delivered by May. 🇵🇰 🇩🇪

The 15 million doses were to be delivered by May under the COVAX facility, an initiative backed by the World Health Organisation (WHO) that aims to ensure equitable provision of Covid-19 vaccines.

The government launched a nationwide Covid-19 vaccination drive for the general public, starting with older people, in March. The drive began with a focus on the oldest people in the community, generally over the age of 80.

Battling a third wave of the virus, the government began the vaccination of people aged 50 and above began on April 21, and for 40 and above on Monday with China’s Sinopharm and CanSino jabs.

Private hospitals in major cities are also using Russia’s Sputnik-V vaccine that has been imported by a local pharmaceutical company.

Islamabad has also approved the emergency use of Britain’s AstraZeneca and China’s CoronaVac vaccines, but both are yet to be used in the country.

The government is aiming to ramp up the immunisation campaign in the summer and expects to receive 13.2 million doses of Covid-19 vaccines by the end of June.

According to Sultan, the government has so far placed orders for 30 million doses with different companies.

He had last month announced that by the end of June, the government would have a stock of 17 million vaccine jabs but stopped short of identifying the developer.

“The challenge [for the government] is to deploy and use them. The number of people who have registered is in the hundreds of thousands, not millions, yet we need to vaccinate 40 to 50 million by the end of this year,” he had said in an interview.

Pakistan reported 3,377 new infections and 161 more fatalities, the second-highest daily count since last March, on Tuesday, raising its overall tally to 837,523, including 18,310 deaths.