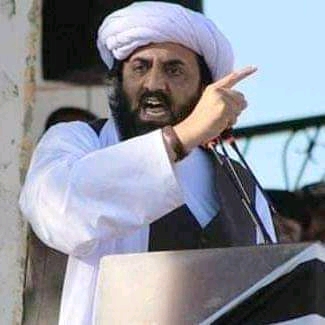 ISLAMABAD: It seems that efforts for reconciliation between the Pakistan People’s Party (PPP) and the opposition alliance of Pakistan Democratic Movement (PDM) have suffered a hit as the newly appointed PDM spokesman Hafiz Hamdullah has strongly criticised the PPP for conspiring against the PDM.

Reacting to a statement of PPP secretary information Faisal Karim Kundi, Hafiz Hamdullah said that PPP’s Yousaf Raza Gillani was elected senator with the votes of the PDM but said that the PPP betrayed the PDM and got elected Sadiq Sanjrani as the Senate chairman. He accused PPP senators of purposefully putting double stamps on Gillani’s name.

Hamdullah further said that PPP did not give the vote of Senate deputy chairman to Maulana Abdul Ghafoor Haideri under a supposed conspiracy. He advised PPP leader Kundi not to try to elevate his political stature by criticising PDM chief Maulana Fazlur Rehman.

The PDM spokesperson also said that Kundi should speak according to his political stature as speaking against Fazl may prove to be detrimental to Kundi’s political career.

He maintained that PPP hypocritically handed over Yousaf Raza Gilani to Balochistan Awami Party (BAP). He said that the PPP has gone into an illicit relationship with the Pakistan Tehreek-e-Insaf (PTI) and BAP at the same time.

Hamdullah claimed that Bhuttoism is no more the PPP’s manifesto and it had become the B team of Zardari and PTI.

He said that PPP had hurt the soul of Zulfikar Ali Bhutto and Benazir Bhutto by entering into an alliance with the BAP. The PDM spokesperson said that the language related to Fazl should be used correctly otherwise the matter would go too far.

He said that Jamiat Ulema-e-Islam-Fazl (JUI-F) and PML-N are part of PDM, and PPP stands nowhere.

“I would advise the PPP leadership to stop looking at things with the prism of arrogance and selfishness and rather look at things with a bare eye,” he said.

Hamdullah said that Mufti Mahmood always pursued politics against dictatorship and martial law and Fazl was following in his footsteps.

“Who had elected Sadiq Sanjarani as chairman [of the] Senate in 2018 ignoring Raza Rabbani. Your own workers are laughing at your politics,” Hamdullah taunted the PPP leadership.