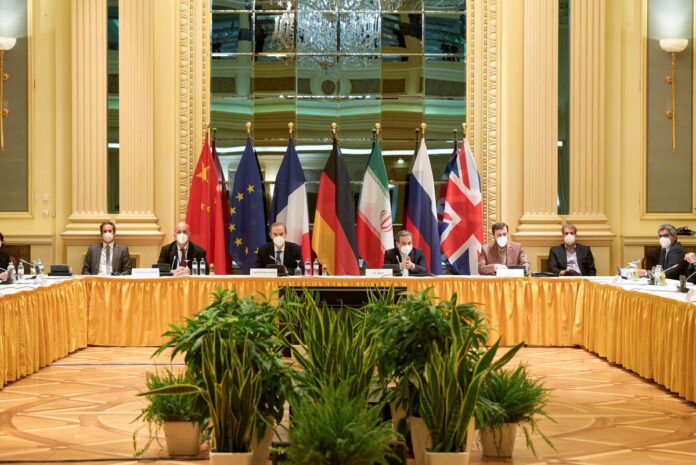 Abbas Araqchi said after a meeting of remaining parties to the 2015 deal that the Iranian delegation had submitted proposed texts on nuclear issues and the lifting of sanctions, and that work on a common text, “at least in areas where there are common views”, could begin.

Iran has breached many of the deal’s restrictions on its nuclear activities in response to the US withdrawal and reimposition of sanctions against Tehran under former president Donald Trump.

Araqchi was quoted as saying that, while serious disagreements remained, “a new understanding appears to be emerging.”

The second round of talks began on Thursday in a luxury Vienna hotel. The United States, making a new diplomatic push in the Middle East under Joe Biden’s administration, is not present as Iran has declined face-to-face negotiation.

However, European Union officials chairing the talks are carrying out shuttle diplomacy with a US delegation based at another hotel across the road.

Negotiators are working on steps that both sides must take, on sanctions and nuclear activities, to return to full compliance, but the talks have been further complicated by an explosion at Iran’s main uranium-enrichment facility at Natanz.

Iran has responded by saying it is enriching uranium to 60 percent fissile purity, a big step towards weapons-grade from the 20 per cent it had previously achieved.

China’s envoy to the talks earlier said all participants – China, Russia, France, Britain, Germany and Iran – had agreed to accelerate work on issues including which sanctions the United States would lift.

“All parties have agreed to further pick up their pace in subsequent days by engaging (in) more extensive, substantive work on sanctions-lifting as well as other relevant issues,” Wang Qun told reporters.

Tehran says the Natanz blast was an act of sabotage by Israel and on Saturday named a suspect. Israel has not formally commented on the incident.

Wang, the only envoy who regularly speaks to reporters outside the talks, said remaining parties to the deal had resumed “productive and constructive work” over the past two days.

“In the next few days we hope the Joint Commission will immediately start negotiating the specific formula of sanction-lifting,” he added, using the term for formal meetings of those parties.