What if China supports the Naxalbari movement? 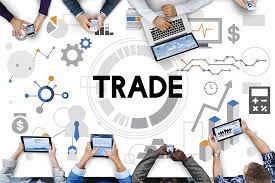 On April3, 2021, there was a pitched battle between a Naxalite (or Maoist) group (called “rebels”) by Indian government) and government forces of over 1500 “jawan”, equipped with state-of-the art weapons and helicopters at the Bijapur-Sukma border in Chhatisgarh state. The Naxals armed with machine guns gunned down 22 members of the government forces and injured 31 others, excluding missing personnel. Eight of the dead jawans were from the CRPF,  seven from the elite Cobra (Commando Battalion for Resolute Action) while the others were part of the Bastariya Battalion of the Central Reserve Police Force (CRPF) and the District Reserve Guard (DRG). Two of the dead CRPF jawans were from Assam, where assembly polls are on.

Media described the “counter-insurgency operation” as an “intelligence failure and poor leadership by the CRPF commanders and drew parallels with the February 2019 Pulwama massacre of 40 personnel in the run-up to the general election”.  Earlier in April 2017, the Naxal had killed 25 CRPF personnel near Burkapal in Sukma. The media blames the home minister and the government for being preoccupied in winning elections in some state assemblies through turncoats. It is alleged that  “five teams totaling 2,000-plus security personnel had on Friday night launched a concerted operation in the Maoist-hit Bijapur and Sukma districts after learning that rebels led by the dreaded Madvi Hidma were hiding in the forest.  A CRPF officer admitted, `The operation was launched from five places Tarrem, Usoor and Pamed in Bijapur, and Minpa and Narsapuram in Sukma.  While a team was advancing through the forests near Jonaguda, around 500km from state capital Raipur, it was ambushed by some 250 Maoists on Saturday afternoon,’ he said. He said the forces were scattered and trapped along a two-kilometre stretch of forest. The patrolling team from Tarrem came under heavy fire, prompting some of them to move to what appeared a deserted village, where the Maoists lay in wait for them.  The Maoists fled with the weapons, bullet-proof jackets and the shoes of the dead troops.

India may blame Pakistan for the freedom movement (‘insurgency’ or ‘militancy’) in occupied Kashmir.  But, who shall she blame for the Naxalite insurgency in Andhra Pradesh and other Indian states? This is a movement against economic deprivation and brutality of the state or central government’s law-enforcing agencies.

The recent encounter belies government claim that it has wiped out Naxalism from its stronghold of Bastar. Bastar division of Chhattisgarh has a population of 23, 48,808 persons. It is spread over 40,000 square kilometers. Bastar division has a security-personnel-to-civilian-population ratio of 1:22 with the deployment of 58,772 central paramilitary force personnel and another 50,000 of state armed-police personnel. Security forces occasionally conduct “search and destroy” operations in the area, killing or arresting innocent people for “Naxal offence”. . The jails are overcrowded to the extent of three times the prison capacity, filled with Adivasis (tribals). The report of a High Level Committee headed by Virginius Xaxa, submitted to the government in May 2014, highlighted this fact.

Even expression of sympathy with Naxals is now a heinous offence.

In the Bhim Koregaon planted letters case, several intellectuals and rights activists including Navalakha were declared “traitors” by the government. They were even accused of having links with Kashmiri militants. It was claimed that they were in communication with Ghulam Nabi Fai, a Kashmiri leader who has served two-year imprisonment in the USA for having illegally received funds from the ISI.

Despite repression under draconian laws, the Naxalbari uprising has still been alive since May 1967.

According to India’s Home Ministry “more than two-thirds of Maoist related violence is now restricted to only 10 districts of the country. However, media reports reflect Maoists are well entrenched in at least 68 districts.”  The movement could not be quelled despite tall claims by Indian authorities over the past 53 years. Indian Home Ministry has a whole division dedicated to dealing with the movement.

In Naxalite-influenced rural areas, there is no trace of India’s judicial system.  There, the Naxalite organisations act ‘virtually like policemen, arresting, meeting out “justice” and in some cases even executing the guilty’ (“Internal security situation”, India’s National Security: Annual Review 2004).

With the merger of pro-Naxalite revolutionary bodies, the Naxalites are the sole arbiters of justice in rural areas.

The term “Naxalite” is rooted in Naxalbari village (West Bengal) where Kanhu Sanyal presented the concept of “forcible protest against the social order relating to holding of property and sharing of social benefits”. The Naxal movement started on 3 March 1 967 at Naxalbari village, near Siliguri sub-division in West Bengal. It is 30 to 50 miles from Sikkim. Tibet and Bhutan are in the north, Nepal in the West and Bangladesh in the east. To Sanyal the purpose of the protest was “organizing peasants to bring about land reform through radical means including violence”.

The Naxalite movement in India is viewed as an internal security problem.  However, the populist appeal of the movement’s ideology reflects that it could soon assume international dimensions if China supports it.  India’s Lieutenant General K.M. Seth laments, ‘Unfortunately, the threat to internal security from Naxalites has acquired dangerous proportions and can no longer be wished away.  …they are also developing links with Turkish and Philippino terrorist organisations…We have suffered and bled patiently and have taken huge human casualties, which could exceed 13,000, uniformed personnel and 53,000 civilians during the last 25 years… As of today, their overall strength could be put at approximately 20, 000 undergrounds, 50,000 overgrounds and more than a lakh in frontal organisations. Their armoury  is reported to comprise approximately 900 AK-47 rifles, 200 light machine guns, 100 grenade firing rifles, 2 inch mortars, thousands of .303 rifles, self-loading rifles and 12-bore guns with a huge quantity of explosives at their disposal’. (“Naxalite Problem”, U S I Journal , January-March 2005).

India may blame Pakistan for the freedom movement (‘insurgency’ or ‘militancy’) in occupied Kashmir.  But, who shall she blame for the Naxalite insurgency in Andhra Pradesh and other Indian states? This is a movement against economic deprivation and brutality of the state or central government’s law-enforcing agencies.

Indian media has now begun to report that the counter-insurgency forces are fearful of grappling the Naxalite.  In Guntur (Andhra Pradesh), the Naxalite announced a cash reward of Rs 500,000 per policeman. IG (Guntur Range) Rajwant Singh admitted, ‘My men are removing the posters and convincing the villagers to inform them about the activities of Naxalites.

Pakistan is faced with ever increasing inflation with increasing price of food and vegetables. First it was wheat, flour than sugar, milk and now...
Read more
Letters

Why the law department?

University of Turbat (UOT) is the major university of Kech which has been constructed in Ginna with all essentials. Its campuses are providing education...
Read more
Letters

Sir, It is indeed a matter of pride, joy and satisfaction for millions of Pakistanis that Sadiq Khan, the son of a working-class immigrant family,...
Read more
Letters

According to the National Command and Operation Center ( NCOC) announcement ‘stay Home Stay Safe’ strategy to control mobility from May 8 to 16...
Read more
Letters

Through the column of your esteemed newspaper I would like to draw the attention of our community that in this Modern Era, women are...
Read more
Comment

The ‘False Analogy Ahead’ sign ought to be put up everywhere: in schools, universities, barber shops and drawing rooms. For it is an extremely...
Read more