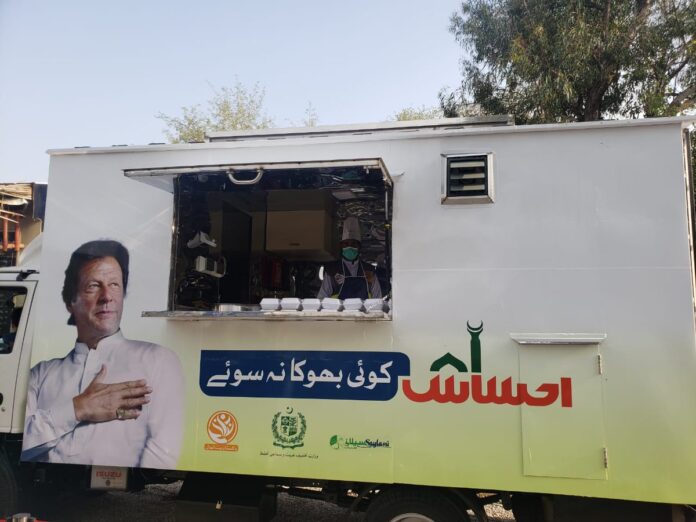 ISLAMABAD: The focal person for the government’s shelter home initiative, Naseemur Rehman, has said 12 more mobile kitchens would start functioning in a fortnight under the Koi Bhuka Na Soye (meals-on-wheels) programme to provide cooked meal twice a day to the poor and labourers in different cities.

He said that two mobile kitchens were currently extending their services for the poor and labour community of the twin cities of Rawalpindi and Islamabad. With the additional 12 kitchens, the programme would now have an expanded outreach in other major cities.

Four new mobile kitchens had already been purchased and the procurement of eight was in process, the focal person told APP in an exclusive interview.

Naseem said that he along with Special Assistant to the Prime Minister on Social Protection Dr Sania Nishtar and Poverty Alleviation and Social Safety Division secretary had visited the Pakistan Baitul Mal (PBM) headquarters to review the progress about the new kitchens.

Dr Nishtar herself examined the trucks and gave instruction to the PBM teams to ensure deployment of the meals-on-wheels before the start of Ramzan, he added.

He said that the programme was recently launched by Prime Minister Imran Khan under which two Ehsaas food trucks were serving free quality cooked food at various points across Rawalpindi and Islamabad, including hospitals, bus stations, slums and other public places with utmost dignity.

The two trucks were feeding two meals to around 2,000 people daily, targeting those who could not reach the Panahgahs for food, he added. The focal person said that the procurement of more than 12 meals on wheels would help reach other areas having a poor population.

Naseem said that the programme was meant to supplement the services, being provided by the static shelter homes also known as shelter homes. It had been designed in a public-private partnership mode whereby the PBM would be responsible for the operations of food trucks and Saylani Welfare Trust would be responsible for the provision of meals, he added.

Explaining the mobile kitchens, he said that under the initiative, big trucks were being used to serve fresh and hygienic meals to the poor and daily wage earners in those areas where the shelter homes were not present.

He also said that the trucks were fully equipped with safe cooking appliances to prepare nutritious and quality healthy foods. It has the capacity to serve cooked food to 500 people twice a day, he added.