The government must make the price control committees effective 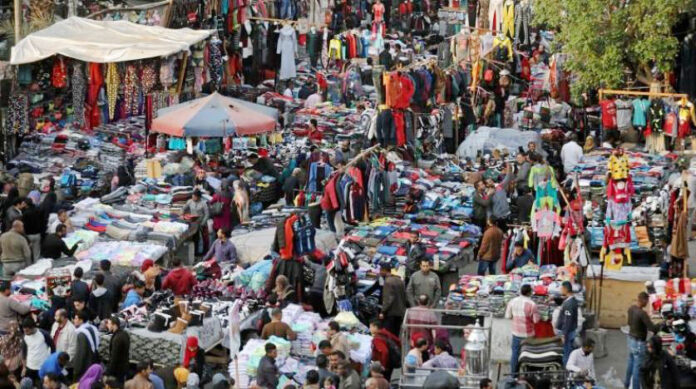 The PDM was calling for a long march after the Senate chairman election defeat, though no more, while the people had more reason to worry about rising inflation rather than the long march, as it has spiraled out of control even before Ramadan. Despite government measures, artificial inflation is on the rise in all major cities of the country.

In this situation, civil society and citizens have expressed serious concerns, saying that if the situation remains the same, inflation will reach a peak during Ramadan. According to a survey, last week the retail price of nine vegetables has gone up by Rs 25, eight fruits by Rs 10 and a dozen farm eggs by Rs 9, while the price of one kg of sugar has gone up to Rs 100 and the price of a 16-kg can of ghee has reached Rs 4,320. A month before the arrival of Ramadan, the trend of increase in food prices clearly shows that prices of daily necessities will skyrocket during Ramadan.

The biggest problem of the people today is inflation and other difficulties of life to which PML(Q) chief Chaudhry Shujaat Hussain pointed out when he said that the government and the opposition are doing bhangras on defeat and victory and the people are lamenting the deteriorating state of hunger and inflation. Instead of promoting the dignity of the vote or the note, we should focus on solving the problems of the people. If inflation and unemployment are not brought under control immediately, there will be no point in winning or losing but everything will get out of hand

The PTI had hoped to save the people from inflation and unemployment, but the government has not been able to deliver on its promises even after two and a half years. While acknowledging the rise in inflation, several reasons have been cited, one of which is the state of the economy, with former rulers and previous governments responsible for it.

Every effort was made by the government to revive the economy. The economy was recovering and was once again affected by the COVID-19 catastrophe but with better policies of the government, the economy has been spared from the losses of covid-19. Today, the government claims that the economy has strengthened significantly, foreign exchange reserves and migrant remittances have risen to record levels, wheat, rice, sugarcane production has been abundant in Pakistan. Then logically this should reduce inflation in the country and other daily consumables should be cheaper, but if people seem to be complaining about inflation then where is the problem? The authorities need to contemplate this and take action.

Prime Minister Imran Khan, on the occasion of obtaining a vote of confidence, had expressed confidence in all possible measures to reduce inflation. Federal Information and Broadcasting Minister Senator Shibli Faraz also said that the Prime Minister had declared a jihad against inflation, but so far the results of the declaration of jihad against inflation have not come to light, rather the price of the necessities of life, including sugar and ghee, are being raised by profiteers. In these circumstances, there is a need to mobilize inactive price control committees with emergency measures and ruthless accountability. Apart from the occasional sudden awakening of these committees, they are active near the time of Ramadan and for the first few days of Ramadan, there are reports of raids by them for show, then things gradually cool down.

The truth is that during Ramadan, the sale of goods at inflated prices is checked only for show and for public consolation. Surprisingly, even before the raid by the Price Control Committee, shopkeepers and peddlers would have been informed of the raid. And they start selling items at official prices even before the magistrate arrives, and as soon as the magistrate leaves the scene with his team, the items start selling again at arbitrary prices. This trend is expected to continue this year as well and there is a strong hope that the people will have to bear the brunt of inflation more than ever despite all the claims of the administration.

If the real aim is to give real relief to the people, then a permanent and highly effective system should be set up so that no one can be complacent in setting arbitrary prices. Apart from ordinary days, especially in the holy month of Ramadan, it is the joint responsibility of the federal and provincial governments to save the people from the storm of inflation. Strong measures are needed in this regard. It is necessary to appoint responsible persons on merit in the price control committees set up to encourage serious action against profiteers. Millions of rupees of Ramadan subsidy should also be checked and balanced. There should be tax exemption on daily use items. If the government wants to control inflation, it must strictly curb hoarding.

The biggest problem of the people today is inflation and other difficulties of life to which PML(Q) chief Chaudhry Shujaat Hussain pointed out when he said that the government and the opposition are doing bhangras on defeat and victory and the people are lamenting the deteriorating state of hunger and inflation. Instead of promoting the dignity of the vote or the note, we should focus on solving the problems of the people. If inflation and unemployment are not brought under control immediately, there will be no point in winning or losing but everything will get out of hand