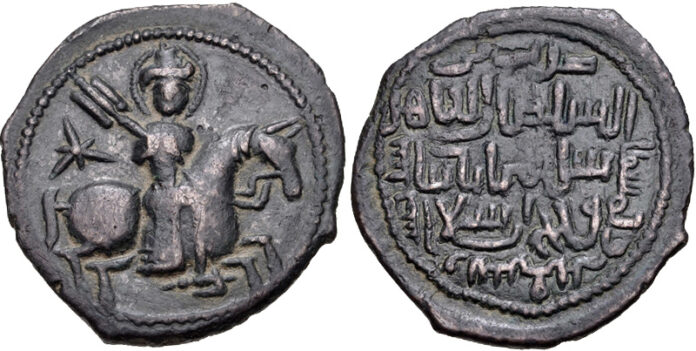 “Is this a dagger which I see before me,

the handle toward my hand? Come, let

me clutch thee. I have thee not, and

yet I see thee still. Art thou not, fatal

vision, sensible to feeling as to sight?

Or art thou but a dagger of the mind, a

false creation, proceeding from the

In response to Prime Minister Imran Khan’s speech of March 4, the Election Commission of Pakistan (ECP) thought it fit to issue a statement showing annoyance at the critical comments made and urged that it should be allowed to carry on its constitutional work. This reiteration was strange, alongside it being contrary to the reality on ground.

The buying and selling of votes has been a malady which has long afflicted the process of election to the Senate. In spite of virtually all political parties of the opposition having either formed governments in the post, or having been part of these, none ever gave any thought to remedying the electoral process so that the genuine will of the people could translate into election of Senators. As has been amply demonstrated by their combined effort to buy votes to get their people elected to the upper house of the Parliament during the most recent election, they never quite wanted to do so because their genesis is owed to the institution of corruption and their survival to continuation of this despicable practice.

Notwithstanding the painstakingly self-righteous attitude of the ECP, institutional dysfunction is a malady that afflicts across all facets and divides. For things to improve by even a shade, it would be imperative to first own up to this reality and then move on to correct its causes and replace it with a more transparent and efficacious system that would be geared to deliver for the betterment of the state and the people

The run-up to the election was riddled with blatant efforts on the part of the opposition parties to buy votes. These acts were caught on camera and recoded in sound bites. The faces could be seen, voices recognised and motives determined. The same were reported to the ECP as part of a petition with a request to take urgent action, but it refused to stop the malpractice. In fact, it allowed the election process to continue unhindered.

This is not an act that can be seen in seclusion from other events. Earlier, the Supreme Court (SC) had instructed the ECP not to treat the secrecy of ballot as an absolute. Instead, “it could be tempered by practical considerations necessitated by the processes of election”. Additionally, the SC had instructed the ECP to “take all available measures including utilising technologies to fulfil the solemn constitutional duty to ensure that the election is conducted honestly, justly, fairly and in accordance with law and that corrupt practices are guarded against”. There was speculation that the ballot papers could be water-marked or numbered to trace those who would fall victim to the din of coins.

These instructions were blown away by the ECP without as much as even a thought when the institution insisted that it would proceed to hold the elections the old way. In other words, it not only refused to accept the grave malpractices of the past, it became complicit in taking the malady further and allowing the soul-sellers to continue indulging their vile penchant. That is how it provided ample space to the poachers to practice their illicit trade. The obvious happened and a convicted person with a tarnished past was elected to the Senate riding the loot of currency notes.

The narrative built around this loss bears no semblance to reality. This was just one loss owing to the criminal practice of trading votes for stacks of notes. The PTI won all other seats that it could have by virtue of its strength in the respective provincial assemblies. Not only that, it also won the women’s seat from the federal capital by a comfortable margin of 174 votes to 161. The narrative that was promoted was that the Prime Minister had lost the confidence of the House and he should resign.

Not to be deterred in his pursuit of transparency and accountability, Prime Minister Khan announced that he would seek a vote of confidence from the House on March 6. This was in keeping with the best democratic traditions. But, lo and behold, instead of using their purported strength to oust the Prime Minister, the opposition parties decided to remain absent from the House on the crucial day. Let it also be recorded that this is the first time that a sitting prime minister has voluntarily opted for taking a vote of confidence when there was no compulsion, legal or otherwise, for doing so. This not only speaks volumes for his deep commitment to democratic ideals, but has also elevated his stature further as he sits at the pinnacle of a high moral ground unsurpassed by anyone in the past.

Each time the opposition has played a vile trick, Prime Minister has responded by taking them head-on within the ambit of law. And, in spite of the pressure exerted by a malevolent coalition, he has shown indomitable courage and perseverance not to divorce the enshrining features of his political struggle including his fight against corruption. He has reiterated his resolve on numerous occasions that he would not deviate from his path even if he had to pay the ultimate price of sacrificing his government.

This is a watershed moment for Pakistan. The forces are arrayed on their respective sides. Prime Minister’s side represents transparency, accountability, rule of law, education, health, deliverance for the poor and making Pakistan stronger and prosperous while the opposition’s sole motive is to create anarchy to continue their spree of loot and plunder and invest in the furtherance of a few by depriving the majority of their right to benefit from the national resources. This struggle is as old as the state of Pakistan. It is only now that, in the person of Imran Khan, we have someone who has devoted himself single-mindedly to the achievement of the coveted goals of our creation.

This struggle between good and evil is not stopping here. The good must triumph because with it is linked the future of the impoverished and marginalised people of Pakistan who have kept hoping for better days to dawn so that their next generations could benefit from the opportunities thus created. They have to date languished in the hinterland of life with recourse to means which were not even sufficient for providing them two measly meals a day. They are the ones who are Pakistan’s future. They are the ones who have invested their hopes in the Prime Minister that he would bring them salvation. They are the ones who believe in him and have associated the accomplishment of their dreams with his success. They are the ones who are not willing to step back from their devotion to Imran Khan and his ideals and aspirations.

Notwithstanding the painstakingly self-righteous attitude of the ECP, institutional dysfunction is a malady that afflicts across all facets and divides. For things to improve by even a shade, it would be imperative to first own up to this reality and then move on to correct its causes and replace it with a more transparent and efficacious system that would be geared to deliver for the betterment of the state and the people.

By the time this piece appears in the paper, Imran Khan would be past securing his vote of confidence from the House to carry forth the task of delivering Pakistan from the criminal clutches of an unholy alliance of the opposition parties. They have flung everything into an inferno which they were hoping to light around the Prime Minister. It now appears that they themselves would end up being the fodder for the flames. Time is just about up for their cloak-and-dagger act: the minds which are held hostage by corruption and souls which are sold for the din of coins.