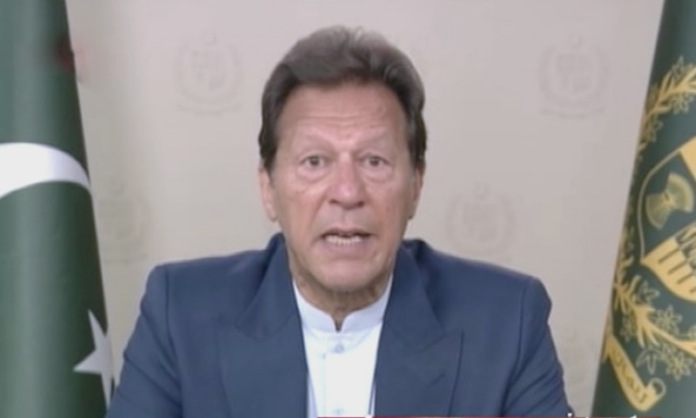 ISLAMABAD: Prime Minister Imran Khan on Wednesday, describing agriculture as “central to human survival”, proposed a five-point agenda to end poverty and hunger from the world.

During his address at the inaugural session of the Governing Council of International Fund for Agricultural Development (IFAD), he said investing in sustainable agriculture development, ensuring adequate and fair prices of food products, applying new technologies and rethinking patterns of food consumption and production were pertinent to put a stop to world hunger.

“I further propose that a new strategy for sustainable food production and consumption should be considered and adopted at the Food Systems Summit next year,” PM Imran said while virtually addressing the event which was held in Rome, Italy.

The five points of his agenda, as explained by PM Imran, were as follows:

The prime minister, in his keynote address, also spoke on the adverse effects of the Covid-19 pandemic on the economies of various countries, especially the developing ones, pushing another 100 million people into extreme poverty.

He pointed out that 600 million people suffered from hunger even as the global population was about to hit eight billion, adding that more than 20 countries were food insecure, while the World Food Programme had warned of the danger of famine in some of the poorest countries and conflict zones.

He also shared with participants Pakistan’s experiences and efforts to mitigate the sufferings of poor people, including the historic $8 billion relief package given by his government during the Covid-19 pandemic.

“We need a revolution in our vision of our future. The Covid-19 pandemic and the climate crisis should drive home the message to all rich and poor, weak or powerful that their destinies are intertwined. We will perish or survive together,” he underscored.

He pointed out that the pre-existing strategies on regional or global domination, political advantages of foreign intervention and occupation, and the oppression of peoples are “outdated and will soon be seen as irrelevant”.

He highlighted that his government’s Ehsaas Programme helped the poor people and farmers of the nation who were affected by the pandemic and locust attacks on farms.

“We are also engaged in one of the largest reforestation programmes in the world [through which] we plan to plant 10 billion trees over the next three years,” he said, adding that Pakistan would also set aside eight large areas to build national reserves or parks.