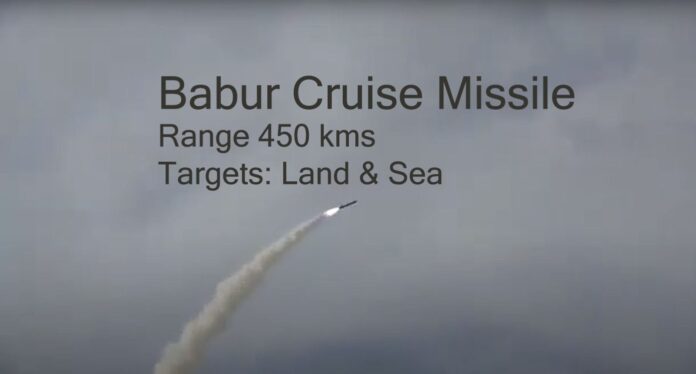 ISLAMABAD: Pakistan on Thursday successfully test-fired a short-range surface-to-surface ballistic missile capable of hitting land and sea targets with “high precision” up to 490 kilometers (about 280 miles) away.

Pakistan conducted a successful Training Launch of Babur Cruise Missile IA with a range of 450 kilometers. Babar Cruise Missile is capable of engaging targets at land and sea with high precision. The missile was launched from a state of the art Multi Tube Missile Launch Vehicle. pic.twitter.com/ptDtMT6CT7

This is the third successful experiment of the year by the army which since January has launched Shaheen-III and Ghaznavi (Hatf-III) ballistic missiles.

President Arif Alvi, Prime Minister Imran Khan, and the military leadership congratulated the team of scientists and engineers over the successful launch of the missile.

The country’s nuclear and missile program is primarily aimed at countering threats from India, which also routinely conducts missile tests.