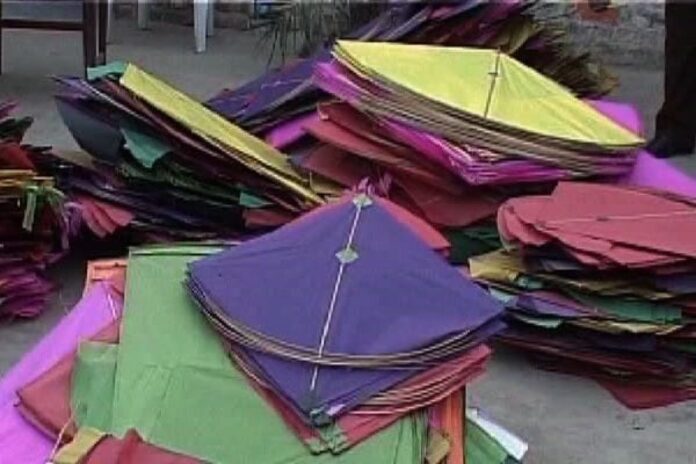 ISLAMABAD: The Islamabad police have decided to launch crackdown against kite flyers and sellers and to check this practice through monitoring in various areas.
Following the directions from Islamabad Inspector General of Police Qazi Jamilur Rehman, Deputy Inspector General (Operations) Afzaal Ahmed Kausar directed the concerned to ensure crackdown against kite flyers and sellers in the district.
The district administration has also banned the sale of other kites related items as it puts the lives of others on risk.
The metal or glass-coated string creates issues for motorcyclists and electricity supply after striking with poles. Some kite flyers often fall down from their roofs.
Special squads would be formed to implement the ban and the police would start regular patrols while making announcements on megaphones. Police vehicles, carrying ladders to climb on rooftops, would remain on patrol in different areas.
Owners of all buildings, where kite flying is being carried out, will be arrested.
DIG Afzaal also appealed parents not to allow their children to buy or fly kites because it is dangerous. He also sought cooperation of citizens to make lives of all secure and safe.

ISLAMABAD: The Supreme Court (SC) on Wednesday set aside a decision of the Election Commission of Pakistan (ECP) that sought to refer fake degree...
Read more
- Advertisment -