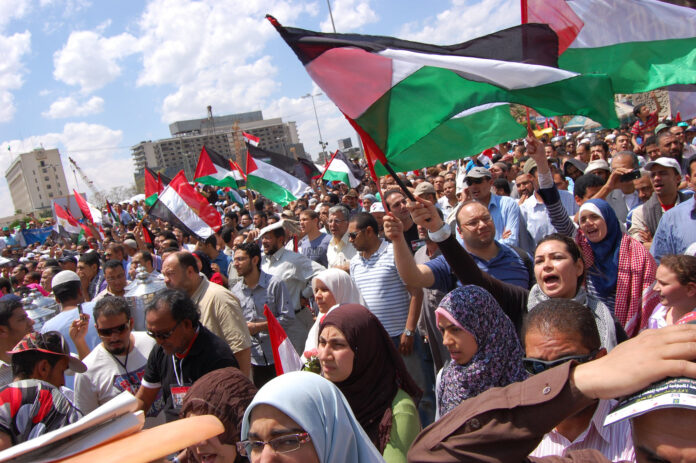 Ten years ago, what has been called the Arab Spring, started. It began in Tunisia with huge protests which spread across the region. They brought down autocrats which led to a war-like situation. It probably makes sense that on the 10th anniversary of the Arab Spring, we should look at how an act of extreme desperation started it all.

It started in Tunisia in December 2010. Muhammad Bouazizi sold fruits in the street. He was 26 years old, supporting his whole family and hardly earned his livelihood. One day the police tried to confiscate his cart. According to the police, he didn’t have a permit but that allegation was rejected by Bouazizi outright. In fact, he claimed, the police wanted to be bribed. A policewoman even slapped him. When he tried to complain to local officials, he was ignored. So he set himself on fire outside a government building. Muhammad died a few weeks later. Within weeks, a huge backlash erupted which led to mass protests in Tunisia. Muhammad’s plight resonated with so many people because they were also suffering from some of the frustrations. According to Al-Jazeera, “the most powerful man of the country (President of Tunisia) brought down by one of the most powerless”.

In the last couple of years, there have been more protests in places like Sudan, Algeria and Lebanon. The fear barrier that was broken, 10 years ago, has emboldened so many to continue to call out their governments. The Arab Spring is in many ways not over

People across the Middle East and North Africa felt inspired to demand change in their countries too. They demanded the fall of the autocratic regimes. They were calling on these governments to be held accountable for the social injustices that they had been subjected to for decades. No doubt, that was the revolutionary moment on such a scale as we had not really observed since the struggles for independence from colonial rule. A quick recap will help to understand the effects of Tunisian revolution on the other parts of the world.

In Tunisia, the president had been in power for 23 years but his rule was overturned after just a month of protests. Over in Egypt, it took just 18 days to get rid of Hosni Mubarak after 30 years rule. Egypt then got its first democratically elected President Mohammad Morsi, but his rule was overthrown by the military. It’s axiomatic to admit that military is still pretty much in charge.

In Libya President Muammar Gaddafi was captured and killed after 42 years in power. That particular situation created a power vacuum which led to a civil war that is still going on. Yemen’s president, Ali Abdullah Saleh, was also pushed out after 33 years in power. But since then the country has been more divided than ever. The fight between the rebel Houthis and the Saudi-led military coalition has created one of the world’s worst humanitarian disasters. On the other hand, Syria is sort of exception because Bashar al-Assad hasn’t gone away. What started as peaceful protests there became one of the worst conflict of our times. With Assad’s government, groups including ISIL and foreign powers all fighting for control.

Other countries had uprisings too, the most serious being in Bahrain. But Saudi Arabia sent troops across the border to save the monarchy there. So in most countries the Arab Spring didn’t lead to what many protesters wanted. Some would even say things went backwards. They believe that renewed authoritarianism took place which exacerbated the oppression even worse than it was before the Arab Spring in some of those cases.

In the dark shadows of turmoil in Arab world, there is one country that appears to have got some things right. As a young democracy, Tunisia has a lot going for it. It got a new constitution, holding several elections. The media is considered free and people can protest too. Tunisia was able to undergo a relatively peaceful political transition.

Tunisia has also done something remarkable by establishing the Truth and Dignity Commission. It was set up to investigate things like human rights abuses and corruption under the former regime. There were more than 62,000 complaints from victims. Some of the hearings were even televised. They are seeking accountability or reparations.

It’s not out of place to say that the very process is an inherently controversial and political process, because it really digs deep into the roots of the ugliness of authoritarian rule and oppression. Little wonder then that there has been resistance, and politicians from the old regime are back in power. They are accused of trying to stop the commission’s work. They even passed a law that grants amnesty to officials accused of corruption during Bin Ali’s time.

There have also been security problems. Fighters have been crossing over from Libya and civilians have been attacked. The economy has struggled too. International lenders like IMF offered bailouts, but the spending cuts they demanded were unpopular. People haven’t been able to buy the basics. Hence, it’s tough to label Tunisia a success but also hard to ignore that it’s done better than the others. 10 years is not a long time to transform a country let alone a whole region.

In the last couple of years, there have been more protests in places like Sudan, Algeria and Lebanon. The fear barrier that was broken, 10 years ago, has emboldened so many to continue to call out their governments. The Arab Spring is in many ways not over. Tunisia is far from a perfect example but people there do have the freedom to elect who leads them to demand change. The voices of hundreds of innocent people are heard. That’s what Muhammad Bouazizi wanted. It’s what millions of people wanted, when they rose up 10 years ago.

Humera Malik
The writer can be reached at [email protected]