Modi a nightmare for Muslims

The Gujarat riots were warning enough 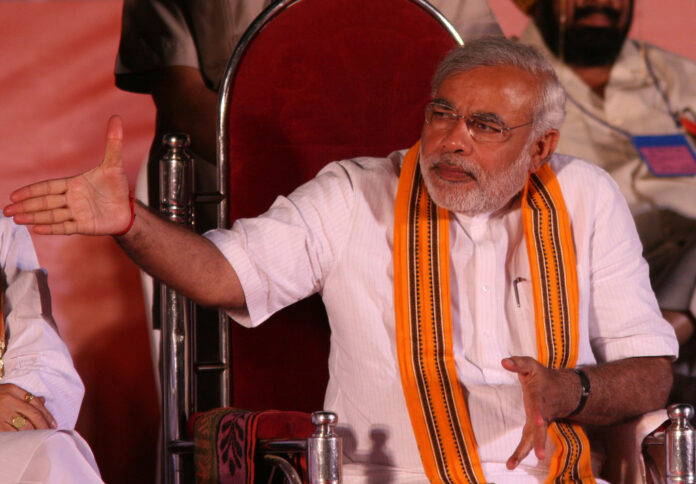 Whenever attacks on the Muslims grew, Merciless Modi mostly remained silent. Starting from the Gujerat riots and ending at abrogating Article 370, Indian Prime Minister Narendra Modi always remain ruthless to Muslims but still he says “If a puppy comes under the wheel of car and we are sitting behind, it will be painful.” Modi is such kind of a person that he expresses satisfaction in handling the Gujarat riots and says his only regret is that he did not manage the news better. Modi is the person who after causing chaos to Muslims in the Gujarat riots sayid, “Whether I am Chief Minister or not, I am a human being. If something bad happens, it is natural to be sad”.

The cause of this massacre was said to be burning of a train at Godhra railway station that killed 58 Hindu pilgrims .Modi declared the attack on the train had been attack of terrorism with the help of ISI and local Muslims. According to Modi, it was planned by Muslims. But later a Canadian historian Ainslie Thomas Embree said, “Attack on the train was unintentional.” More than this, CCT (Concerned Citizen Tribunal) concluded that fire had been an accident. In 2005, an Indian government investigation finds that fire was an accident and not caused by Muslims.

There was humiliation and mortification of women. Gang rape was at its peak. Renu Khanna wrote that the rape survivors reported, “It consists of forced nudity, mass rapes, gang rapes, mutilations, insertion of objects into bodies, cutting of breasts and slitting the reproductive organ.” An international committee of all women reported, “Sexual violence was being used as a strategy for terrorizing women belonging to minority communities in the state. Pregnant women were gutted and then had their unborn child’s body shown to them. Everything was well-planned” Kalpana Kannabiran said, “Rapes were well-organized, deliberate and part of a pre-planned strategy.” Vandava Shiva stated that the young boys been taught to rape and kill in the name of Hindutva.

Modi is doing the same o Muslims as Hitler did to Jews. Modi is an Indian Hitler. Adolf Hitler had a firm faith in the superiority of the German race and the inferiority of other races And Meretricious Modi also believes in the Hindu nation’s superiority because that is what Hindutva leads to. In a nutshell, expecting Modi to be kind to Muslims is like finding a star in daylight

If Morbid Modi is not the perpetrator of all these games then why did he walk out during an interview when he was asked about the Gujarat riots? Why did the police not intervene? Why did the police also target Muslims instead of helping them? When Muslims called them for help why did they say, “We have no orders to save you”? Why were those police officers punished by the Modi government who followed the rule of law and helped prevent the riots? Why were local and state-level politicians seen leading violent mobs and distributing weapons? Why were thousands of cases against rioters dismissed by the police for lacking evidence despite eyewitness accounts? Why did Modi turn a blind eye to the violence ? Why did the violence continue for three months with no intervention from the federal Government till May? How was it possible that after this destruction, the Chief Minister of Gujarat was clueless about the situation? Why did Prime Minister  Atal Bihari Vajpayee choose not to dismiss Mr. Modi for how he handled the riots? Media describe attack as state terrorism rather than communal riots due to lack of state intervention

Since Mulish Modi came to power, he has been implementing the ideology of Hindutva. The doctrine of Modi is Hindutva and Hindutva is the lebensraum of India. A Hindutva follower believes in Hindu superiority and Hindu nationalism. It is the ideology that advocates Indian culture in terms of Hindu values. Savarkar said “O Hindu, consolidate and strengthen Hindu nationality.” Based on Hindutva ideology concept, Modi abrogated Article 370,sent 900,000 troops into Kashmir that started a lockdown. This resulted in closures of mosques, and shortages of food and medicine. Furthermore, the Indian government banned the entry of foreign journalists there and carried out shelling inside Azad Kashmir. Hindu vandalism, particularly against Muslims led by Indian rulers, converted India and Indian-Occupied Kashmir into concentration camps like those erected by Hitler for the Jews.

Modi is doing the same o Muslims as Hitler did to Jews. Modi is an Indian Hitler. Adolf Hitler had a firm faith in the superiority of the German race and the inferiority of other races And Meretricious Modi also believes in the Hindu nation’s superiority because that is what Hindutva leads to. In a nutshell, expecting Modi to be kind to Muslims is like finding a star in daylight.

Shahbaz Munawar Kazmi
The writer can be reached at [email protected]

Yousuf Raza Gilani’s defeat of Hafeez Sheikh in the General Seat Islamabad is nothing short of an accident and at the same time it...
Read more
Letters

Through the platform of your newspaper, I want to focus on an emerging social change in the world which is cash currency is going...
Read more
Letters

The proposed India-Pakistan joint statement on a ceasefire along the LoC is a positive sign perfectly in the right direction. According to the media...
Read more
Letters

Quaid e Azam won freedom for us through a long struggle using legal and constitutional means. He was a big proponent of democracy and...
Read more
Letters

With most of the Covid-related restrictions having been relaxed despite lukewarm response of even health workers to the government-run vaccination campaign, health experts fear...
Read more
Comment

The recent elections in the United States were followed manically by many Pakistanis. Most of them hoped to see the incumbent turfed out of...
Read more