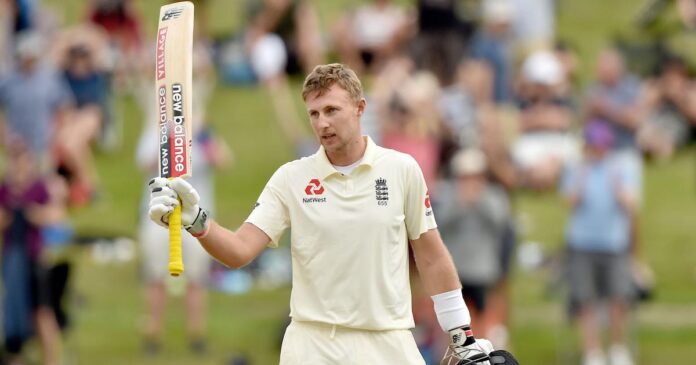 GALLE: England captain Joe Root hit an unbeaten 168 as his side built up a lead of 185 over Sri Lanka on a rain-hit second day of the opening Test.

England were 320-4 when rain halted play in Galle. Root and Dan Lawrence, who scored 73 on his Test debut, built a 173-run partnership after the tourists resumed the day on 127-2.

Root, who is batting with Jos Buttler (7), hit his 18th Test ton and kept up the pressure on the home bowlers despite losing overnight partner Jonny Bairstow for 47 early in the day.

“I think the things could happen very quickly as the game moves forward, generally does here. It is really important that we make the most of this first innings lead that we have got now,” Root told reporters.

“We will be really ruthless. I have spoken about this ahead of the series and make it count and put them under pressure. That way try and bat just once.”

After a full opening day in the empty stadium in Galle, rain started falling just before the start of the second day and wiped out the final session.

Root started the day on 66 and passed 100 soon after lunch with a single off Dilruwan Perera. He raised his bat and hugged Lawrence. It was the star batsman’s highest Test score in more than a year after going through 2020 without a century and said he felt “good” to make it count.

“Generally when I get a hundred I make it really count,” Root, who has a Test best of 254 in 98 Tests, said. “I have got a good record past 100. Tomorrow I will try to make another really big one and drive the game forward from there.”

He added, “I felt I really got in a good mindset throughout this game so far. Will try and take that forward into the rest of this winter tour and beyond.”

England will tour India for a full series including four Tests after the two matches in Sri Lanka as part of a hectic cricket calendar in 2021.

Lawrence, 23, stood firm with his captain, displaying confidence against the spinners as he brought up his fifty in 95 balls with five fours and one six.

Lawrence, who plays for English county Essex, survived two dropped catches on 60 and 68 and finally fell to Perera.

“Showed exactly why he deserves an opportunity to play and it’s the start of something very special for him.”

Off-spinner Dom Bess returned career-best figures of 5-30 to help skittle Sri Lanka out for 135 – the lowest first-innings score at the venue – in two sessions on Thursday after the hosts elected to bat.

“Obviously it has been a tough couple of days for us and probably we are a long way behind the game,” Sri Lankan fast bowling coach David Saker said.

“The best way we can start tomorrow [Saturday] is get these six wickets as quickly as we can. I think the opposition put us in a lot of pressure. I think Joe Root batted very well and the young kid on debut was very good as well.”

The two-match series has resumed after being aborted last March due to the coronavirus pandemic.