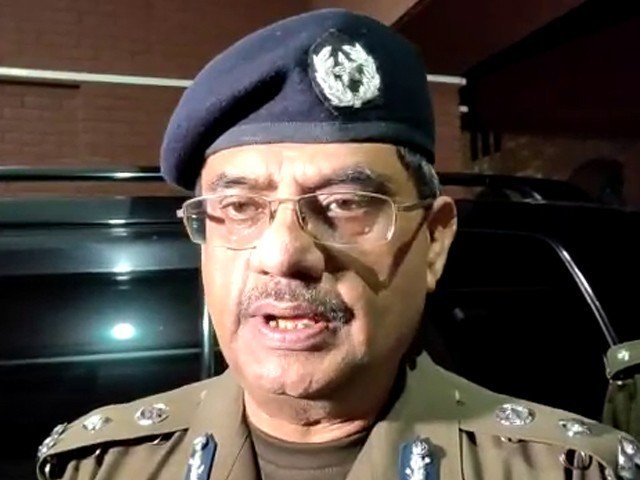 Mere months after the controversial decision to appoint Deputy Inspector General (DIG) Umar Sheikh as Lahore Capital City Police Officer, Sheikh has been removed from the post and replaced by Ghulam Mahmood Dogar, it emerged on Friday.

Punjab Chief Minister Usman Buzdar approved the removal of Sheikh from the post as well as the appointing of his replacement. Dogar earlier served as Faisalabad regional police officer (RPO) and DIG Technical Procurement.

Meanwhile, Shiekh has been appointed as deputy commandant of the Punjab Constabulary, Farooqabad against a vacant post.

Sheikh’s brief tenure as the Lahore CCPO had been filled with much criticism and conflict. Soon after his appointment, then-inspector general of police (IGP) Shoaib Dastgir was removed from his post by the provincial government due to his refusal to work with Sheikh.

It had been reported that the differences had emerged between both the police officers after Sheikh reportedly hurled a taunt at Dastagir during a meeting with Lahore police officials.

The police officer also faced countrywide outrage in September when he made crass remarks against a rape victim, implying that the woman shared in the responsibility for her rape.

After the woman was gang-raped by two robbers on gunpoint in front of her children in the Gujjarpura area, Sheikh had opined that the victim had failed to take due precautions before setting off for her journey. He had said that he was shocked she did not take GT road.

Sheikh had also made headlines when he ordered officers to arrest Crimes Investigation Agency (CIA) SP Asim Iftikhar after an argument. He had summoned Iftikhar at the safe city office for not taking him into confidence in the matter pertaining to the arrest of Abid Malhi – prime suspect of the motorway rape case.

Before that, a foreign-educated cop had also resigned from his post because he was abused by Sheikh in a meeting.

Soon after, a woman accused Sheikh of hurling abuses at her when she contacted him regarding a complaint against a sub-inspector and other policemen.

A few days ago, chief justice of the Lahore High Court (LHC) also took notice of Sheikh’s remarks made to a media person in an interview wherein he had commented on the working of courts, accusing them of releasing criminals on bail.

LAHORE: United Nations agencies are warning that more than 350 million people in the Asia-Pacific region, including in Pakistan, are going hungry as the...
Read more
NATIONAL

ISLAMABAD: Considering the agony of a mother whose son was abducted five years ago from Islamabad and the happening was declared a subject matter...
Read more
- Advertisment -