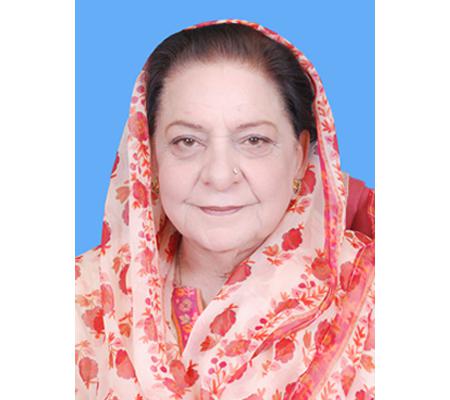 The former Senator had passed away aged 78 in Rawalpindi’s Holy Family Hospital after a lingering illness.

Begum Najma Hameed was the aunt of Minister for Information and Broadcasting Marriyum Aurangzeb and sister of PML-N leader Tahira Aurangzeb.

She was the PML-N Women’s Wing President and got elected as senator twice.
Najma Hameed was close to PML-N’s supremo Muhammad Nawaz Sharif and his wife, Kulsoom Nawaz (late). She also played a critical role during the political struggle of the party led by Kulsoom Nawaz.

Begum Najma Hameed was born on March 18, 1944, in Multan and served for the Muslim League along with Begum Rana Liaqat Ali Khan and Begum Feroz Khan Noon in different capacities.

Her Qul will be held at Siddique Hall, Sattelite town, on Monday after Zuhr’s prayer.