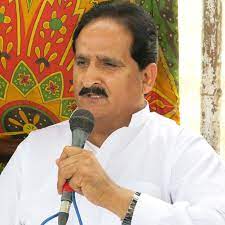 MIRPUR: Former parliamentary leader of Muttahid Qaumi Movement (MQM) and former minister of tourism and transport of Azad Jammu and Kashmir (AJK), Muhammad Tahir Khokhar has said that the brave people of Poonch Division to defeat the “Imrani government” through power of their vote.

He was talking to media persons after visiting the offices of the nominated
candidates of Pakistan Muslim League-Nawaz (PML-N) for local government
elections.

Tahir Khokhar said that on December 8, 2022, the Imrani government will face
a lion’s roar in Mirpur division and by grace of Allah Almighty, the PML-N
will sweep Mirpur division. The results of local body elections in Poonch
division show that the civil government is not going to last for long in
Azad Kashmir. He said that in Poonch division, the rules and regulations of
the Election Commission have been flouted. Schemes and appointments were
announced in the meetings. MQM Azad Kashmir strongly condemns such actions
and requests the Election Commission of Azad Kashmir to stop the government
ministers from taking such actions and make them abide by the rules and
regulations of the Election Commission.

He said the people of Poonch division rejected the false declarations of the
false government and supported the truth through the ballot paper, for which
I congratulate them. He further said that MQM-Azad-Kashmir has supported
Pakistan Muslim League-N in Mirpur Division Local Government Elections.