And the undying obsession with them 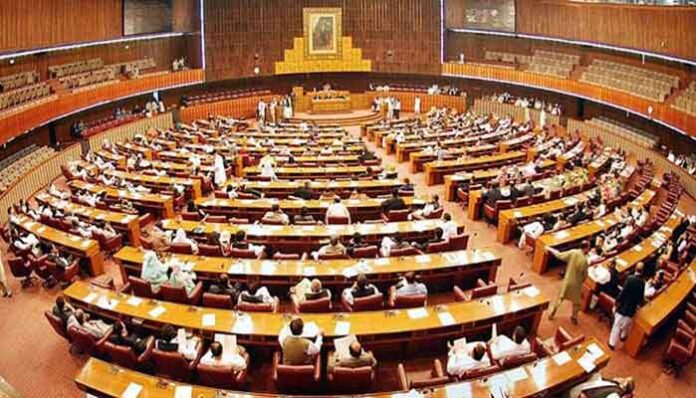 If there was a World Non-issues Championship and each nation was allowed to field three teams in the competition, it is a safe bet that we would have the tri-level podium all to ourselves. For when it comes to expending untold amounts of time and energy on trivial and loopy matters, we just have no competition.

This was once again proved last week by the brouhaha on the social media over a private-school kid dressing up as Iblees (Lucifer) for a school play. By way of commemorating Iqbal Day, the hapless school authorities had decided to stage Iqbal’s ‘Iblees ki Majlis-e-shura’. This, apparently, was too much for the netizens. Some of the observations on the social media were as follows: ‘You are teaching kids to be shaitan?’, ‘Astaghfirullah’, and ‘Laanat!’ (Other, much more impassioned, comments cannot be reproduced on account of being unpublishable.) Reading these opinions, I could not help recalling the inimitable Shafiq-ur-Rehman, who had reported how the cinema front-benchers typically reacted to the villain receiving a well-deserved beating at the hands of the protagonist by yelling ‘Ab maza aaya?’, ‘Maaro khabees ko’, ‘Fulaan ka pathha’, and the like.

It is obvious that we have managed to reach depths that would have scarcely seemed possible to Rehman when he had chronicled the abysmal state of desi films and cinema-goers in 1944. For whatever else may be said about those front-benchers, at least they recognized the utility of the villain, even if he served merely as the entity that copped the worst from the hero. The present social media crowd, on the other hand, takes exception to the villain (shaitan) even appearing on-stage. If there is a way of enacting something like the ‘Parliament of Satan’ without featuring the character of Satan, these critics have kept it a jealously-guarded secret. It is a good thing Rehman’s stories were never produced for the stage or the screen, because one of his best-loved characters was Rufi alias Shaitan!

The reaction to the Iblees character could hardly have been surprising for anybody who has following the national media for any length of time. My own memories go as far back as the mid-eighties. My contemporaries probably remember the furore when Usman Pirzada had divorced Samina Pirzada, his on-screen better-half in the PTV serial ‘Darya’. For the benefit of the younger generation, what made the divorce problematic was the fact that the two actors were a couple in real life as well. This was too good of an opportunity to be missed by the non-issues brigade. Quite a passionate debate ensued regarding whether the couple could lawfully live together in real life or stood divorced instead.

The reaction to the Iblees character could hardly have been surprising for anybody who has following the national media for any length of time. My own memories go as far back as the mid-eighties.

The highly nuanced nature of that particular debate can be judged from the fact that some of the more ‘sensible’ folks who thought that the divorce had not taken place had based their conclusion on the fact that the three divorces had been pronounced at once – an age-old Pakistani tradition that makes it sound mighty dramatic but fails to conform to the teachings of Islam. An opinion that was there all right but was drowned in all the commotion was that if two actors who exchange the sacred vows on screen do not become lawfully-wedded husband and wife (much to the regret of the male actor), why should there be a debate about a possible divorce between a real-life couple?

It would probably require several columns if I were to list from memory alone all the non-issues since Darya. A more worthwhile option would however be to consider why non-issues continue to have such an irresistible appeal for so many fellow countrymen when we have our plates more than full when it comes to genuine problems. Lahore consistently competes with New Delhi for the first place in terms of the worst AQI in the world, and the rest of the country is not much better. The educational infrastructure in the country is a mess. The same goes for health. The economy is usually in a shambles, and there is rampant lawlessness to top it all.

Probably the answer to this is that these issues are a bit too real. So, even the most naïve simpleton realizes that he does not have the requisite insight or the knowhow to offer expert opinion on these issues. Most countrymen have probably also lost hope for amelioration of these real problems. When it comes to passing judgment on the aesthetic and ‘moral’ choices of others however, most people believe that they can make a difference by voicing their valuable opinion. Moreover, they consider themselves the final authority on such issues and unfortunately feel little goodwill for humanity at large. Last but not the least, they have way too much time on their hands.

In the eighties too, there were few who had any genuine pastimes; so, minding their own business was not an option for most. If anything, things have gone from bad to worse in this respect. Despite smartphones and the ubiquitous internet now, the situation has deteriorated. For hardly anybody does anything creative, with all activity being in the nature of distraction of one sort or another. There has got to be a limit to the number of times one can laugh watching silly clips. Convincing oneself how great a time one is having is bound to take its toll too. Any wonder that even a 5-min video is too long for most, with one of their eyes always on the ‘next’ clip. All this frustration naturally needs an outlet, preferably with an opportunity to showcase one’s superiority. Any wonder that we continue being world beaters when it comes to pulling non-issues out of thin air and then discussing them to death?