Shedding a new light on the Army and politics 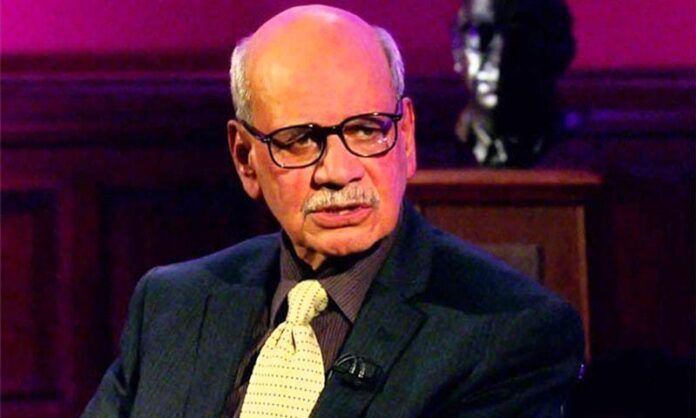 On November 9, Karan Thapar of The Wire, a web-based Indian publication, conducted an interview with the former Director General of Pakistan’s Inter-Services Intelligence (ISI) Lt Gen (retd) Asad Durrani. The digital publication aired the interview, which unbolted a debate on the past strategies of the Pakistan Army of poking its nose in civilian affairs to the extent of even violating the Constitution with impunity.

In the interview, General Durrani claimed, “Pakistani people have become fed up with the musical chairs and circuses,” which the Army had played by favouring one politician over the other to ascend to power, and subsequently by removing the same from the throne.

This remained a candid admission of what is going on in Pakistan in the name of politics, security and governance. Nevertheless, of the phenomenon of musical chairs and circuses, two are obvious victims: first, politicians; and second, voters. Politicians, because they adopt a short-cut route to power through the stairs of the Army. Voters, because they are end-users ever ready to dance to the tune of their masters. In their love for the Army, they observe silence over the political musical chairs and circuses, by silently seeing one politician shunned at the cost of the other.

It was heard that the Muslim politics in the Indian sub-continent was born in the drawing rooms of Dhaka (1906) till the time the Lahore Resolution (1940) stirred the Muslim masses into action. Street politics replaced drawing-room politics. After 1947, though religious sentiments kept heating the streets, politics took refuge once again in drawing-rooms. This was the place that came under attack by the Army, which considered it easier to manipulate politicians confined in drawing-rooms than to deal with the masses in the streets.

Further, for the masses, the religious card was sufficient to keep them content. In recent history, the late Gen Ziaul Haq did it and the fugitive Gen Pervez Musharraf repeated the same by forming the Muttahida Majlis-e Amal (MMA). What General Durrani did not say, however, is that the one of the main reasons for the failure of the hybrid regime experiment this time was disassociation of the religious camp. Though the ex-Jamat-e Islami politicians, who are members of the Pakistan Tehrek-e Insaf (PTI), were available to serve the cause, most religious politicians were opposed to the PTI. A neo-MMA could not be formed to embolden the hybrid regime.

What General Durrani did not say, however, is that the volatile averse-to-the-Army situation has made it even difficult for the Army to impose martial law. Politicians have decided to take on the Army. Both Nawaz Sharif and Imran Khan did it and consequently multiplied the number of their voters. Each gain to a politician is a loss to the Army. Further, both the frustration and the cumulative awareness in the masses have worked in concert to assert their rights to decide. No selection can be imposed to scuttle the choice of the masses.

In the interview, General Durrani further said that when the Army lost its confidence in the hired compromised politicians, it shunned them mercilessly after blemishing their characters to create a new political lot. The experiment remained successful in the past until now when the masses generally and the youth especially have got frustrated and disillusioned with the manoeuvers of the army. What General Durrani did not say, however, is that the masses now doubt the competence of the Army to select a politician and bet on him. The masses want to assert their own choice.

In the interview, General Durrani also said that, reflecting political trends in the wider population, the Pakistan Army had been subject to diverse thoughts and trends which kept the institution divided, but this time the division had created deeper fault lines. That is, this time sociop-olitical trends have impacted the Army more than before.

What General Durrani did not notice, however, is that the reason for the deeper palpable ominous fault lines in the Army is owing to the access of both soldiers and officers to the social and electronic media, which has raised the general awareness level. The informal source for the news has transformed society, which is passing through an immense social and mental change. It is not that the PTI has divided the Army; it is that diverse thoughts and assorted trends have impacted the Army more than before.

The way the PTI has made the appointment of the Chief of Army Staff (COAS) the talk of the town, is unprecedented in history. Perhaps, no other country in the world has seen such a drama unfold as is going on in Pakistan. The Army is on the defensive in an effort to protect the next COAS from being the victim of any controversy, whereas the incumbent government is trying to conceal its every move on who would be the next COAS. The situation simply means that Pakistan is witnessing the dawn of a new era when the Army has to decide if it is ready to stay above the Ministry of Defence or to hide below it. Interestingly, the Army’s self-assumed wider role after transgressing the political domain has brought the situation to such a pass that the Army has to strategize covertly how to avoid the public ridicule and how to make the name of its chief uncontroversial.

In the interview, General Durrani also said that the Army had withdrawn from political engineering, as its experiment failed and as it had lost the confidence of the masses to deliver substantially through the hybrid regimes. Further, the failed experiments not only permitted the masses to disparage the Army but these trials also afforded sufficient leeway to politicians to ridicule the role of the Army in politics. This time, the experiment has backfired viciously. The PTI, which had been losing popularity during its three and a half years stint in power, is garnering popularity in the streets. In the past, the Army used to stir the masses against politicians. This time, it is the other way around.

What General Durrani did not say, however, is that the volatile averse-to-the-Army situation has made it even difficult for the Army to impose martial law. Politicians have decided to take on the Army. Both Nawaz Sharif and Imran Khan did it and consequently multiplied the number of their voters. Each gain to a politician is a loss to the Army. Further, both the frustration and the cumulative awareness in the masses have worked in concert to assert their rights to decide. No selection can be imposed to scuttle the choice of the masses

In short, this time, not only have the politicians reacted vehemently against the army but the masses have also intervened in the nexus existing between the army high command and the politico-economic elite of the country. The tie has been challenged openly and got fractured.