Necessary for their mutual geostrategic interest 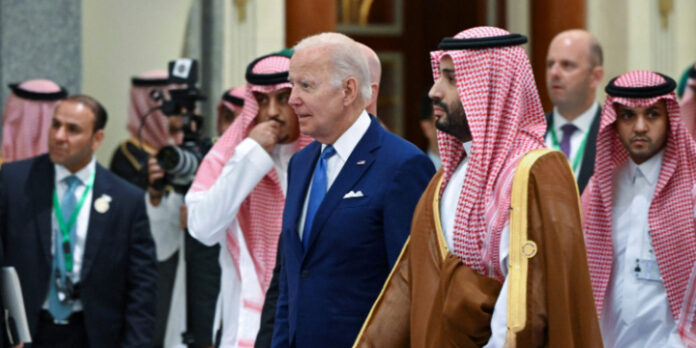 Even a cursory review of the US-Saudi Arabia relationship over the past several years suggests that the US has generally misperceived its bilateral relations with Saudi Arabia. The prevailing notion is that the Saudis need the US much more than the reverse, which presumably puts the US in a position to make demands on Riyadh rather than work closely as allies with a shared geostrategic interest. I maintain that the current heightened tension between the two countries would not have reached its nadir had President Biden been given sounder advice about the nature of US-Saudi relations, both during his campaign for president and since he entered the White House nearly two years ago.

While running for president, he called Saudi Arabia a “pariah,” whose leadership had “very little redeeming value.” And when OPEC decided to cut oil production by two million barrel a day, he threatened the Saudis by stating that “… when the House and the Senate comes back, there’s going to be some consequences for what [Saudi Arabia has] done with Russia.” He added insult to injury when he vowed to never talk to Crown Prince Mohammed bin Salman, known as MBS, the de facto king. And perhaps worst of all, he took over a year from taking office to appoint an ambassador to Riyadh, whose nomination is still pending, which the Saudis view as the most glaring disrespect that the US could possibly demonstrate.

One would think that once he decided to visit the Kingdom, primarily to ask for an increase in oil production in the wake of the energy crisis precipitated by the war in the Ukraine, he would make an effort to mend the relationship. In fact, the precise opposite happened. He insulted MBS by refusing to shake his hand, and lectured the Saudis on their human rights violations. Furthermore, MBS is a new and inexperienced leader who does not necessarily appreciate the importance of the alliance, which further rattled the foundation of the US-Saudi relationship. To be sure, it was an ill-fated visit. Biden should have undertaken the trip with the intent of mending the relationship between the two countries; the result of the trip without that intent simply made matters worse, especially because of his disdain for the Saudi monarchy which was on display for the past two years.

Moreover, the Saudis interpreted the US’ steps to reduce its reliance on Saudi oil, and its pivot toward Asia to contain China’s growing influence, as a sign of the US’ abridged interest in safeguarding their geostrategic partnership and its implication on their national security. And finally, Biden’s continuing public criticism of the Saudis’ human right violations further alienated MBS, who views himself as a reformer and rejected off-hand the US’ meddling in their domestic affairs, which they attribute to the US’ arrogance and divorce from reality.

From the Saudis’ perspective, the US misperception about the country manifests itself in several areas:

Arms sales: When high-ranking Democrats make bold foreign policy statements, as when Senator Richard Blumenthal and Rep. Ro Khanna introduced a bill to “immediately pause all US arms sale to Saudi Arabia” in the wake of the oil production cut, it demonstrates where the party’s position as a whole generally lies. Furthermore, Biden has yet to speak against this bill, which shows how flawed the administration’s views are on the entire enterprise of arms sales to Saudi Arabia.

The US’ misperception of its bilateral relations with Saudi Arabia on a number of fronts has contributed dramatically to the present heightened tension between them.

To begin with, selling arms to the Saudis is not a charitable contribution. They pay tens of billions of dollars to buy arms, from which the US military industry greatly benefits financially. It allows the US to have a solid foothold in Saudi Arabia through trainers, logistical support, and military personnel, which serve the US strategic interest throughout the Middle East, all while strengthening the ties between the two countries which yields billions in economic benefits.

National interests: As the Saudis see it, the US policy approach toward them is based on the premise of what is best for the US as the superior power in their bilateral relations. That is, the US has been rather categorical in its demands in terms of Saudi loyalty, posing to the Saudis essentially two options, as Saudi energy minister Prince Abdulaziz kept hearing: “are you with us or against us?”

The US has minimized the Saudis’ political interests and often economic considerations, as was manifested by Riyadh’s decision to support OPEC’s oil cut. In particular, the Saudis wanted to keep the price stable especially because of their concern over an impending global recession, and in addition they want to prepare for the increased oil demands of an uncertain winter. By viewing the relationship in black and white, the Saudis feel shortchanged and constrained which they are no longer willing to tolerate.

Human rights violations: This issue is one the Saudis fervently resent as they despise being lectured at and criticized publicly. Although there are human rights violations in Saudi Arabia, the question is, if the US wants the Saudis to end or significantly curtail their human rights abuses, would that be achieved through public chiding or through behind the scenes discussions? The answer is clear; denouncing and humiliating the Saudis publicly about their human rights record serves the opposite of the US’ ultimate goal. Instead, the US can point out in private settings how much the monarchy can benefit if the people feel freer and more creative, and not subject to arbitrary detentions, disproportionate penalties, gender inequality, etc.

What is needed now is the opening of a new chapter in the relations between the two countries, specifically by recognizing Saudi Arabia’s critical role on several fronts:

As a peace maker: In a recent meeting between the US and Israeli presidents, Biden and Herzog, the latter expressed that “I truly believe that Saudi Arabia is a very important player in the region and also a very central pillar in the Muslim world.” Indeed, without Saudi Arabia’s agreement, the Abraham Accords, which have created in the words of Herzog “a strategic paradigm shift, something we have dreamt of for ages,” would not exist.

The Saudis, who introduced the Arab Peace Initiative in 2002, remain committed to ending the Israeli-Palestinian conflict while tacitly cooperating with Israel on a host of issues, including intelligence sharing, the purchase of advanced Israeli technology, and certainly exchanging views and risk assessment in connection with the Iranian threat. In addition, the Saudis voted to condemn Russia’s annexation of Ukrainian territories and is continuing its efforts to assist Ukraine, among many other efforts.

Oil production: Regardless of the US-Saudi conflict, Riyadh remains the largest oil producer and given the global energy crisis, the Saudis can make a significant difference. True, the Saudis still want to calibrate the supply and demand for oil and protect its national interest. Nevertheless, the Biden administration should work with the Saudis in addressing the global oil crisis through quiet negotiations, for two reasons. First, on December 5, the EU oil embargo on seaborne Russian crude oil will begin, which can precipitate a new crisis as the winter cold approaches. Second, on December 4, the next OPEC meeting will be held, where the US and the Saudis should reach in advance a mutually beneficial understanding about oil production.

Mending relations: Certainly, there are many other areas where the US and Saudi Arabia can and should fully cooperate. This includes full collaboration in dealing with the Iranian regional threat and its ambition to become the region’s hegemon, potentially equipped with nuclear weapons; working together to bring the war in Yemen to an end and stopping the horrifying death and destruction; helping mitigate the ongoing civil war in Sudan where thousands of innocent people are dying without any relief in sight; continuing to promote peace between Israel and other Arab states, and together push for settling the more than seven-decades-old Israeli-Palestinian conflict.

In spite of the ups and downs in US-Saudi relations, their alliance has lasted seven decades and proven its resiliency and far-reaching geostrategic importance for both countries. Now is the time to revisit their relationship and renew their commitment to an alliance and friendship, which is pivotal for regional peace and stability at a historic juncture of global turmoil. 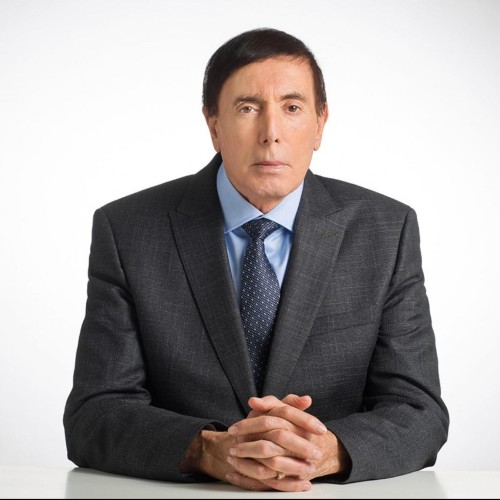