An Accident does not occur abruptly 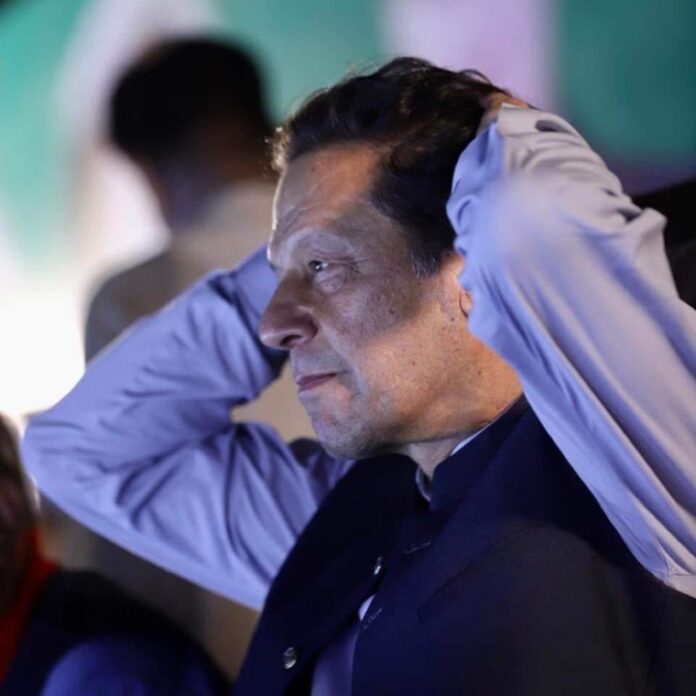 Back-to-back audio leaks of former Prime Minister Imran Khan are obviously not a pleasing development for the Pakistan Tehreek-e-Insaf (PTI). Those who were fearing wrapping up of the parliamentary chessboard are now thinking otherwise. Now they say “game is over” for Khan Sahib. However, I believe veracities are still behind the smokescreen and only God knows what would be a new scene on the stage when the smokescreen would dissipate.

Last week I saw one of my friends who is a senior journalist commenting on a television show that Imran Khan’s speech he delivered at the Taxila public meeting had crossed all limits of political decency. My friend was of the view that nobody in the history of Pakistan had ever abused, taunted, and challenged the Pakistan Army in such a derogatory way as Imran Khan had been doing. He expressed his shock that such behaviour of Imran Khan had yet not faced the fate that several politicians in Pakistan had to face in the past without doing anything wrong. He claimed Imran Khan was instigating the public to stand against the Pakistan Army. Yes, instigating the public against the Pakistan Army is unprecedented in Pakistan. My friend believes that Imran Khan is the greatest political accident in our history. After listening to his television talk, I texted him one shair (verse) written in the 50s by Qabil Ajmeri that answers today’s situation in two-folds. Qabil writes:

(Time nurtures it for years/ An accident does not occur abruptly).

His response to my text message was a crying face emoticon.  I am of the view that if Imran Khan is the greatest accident in political history then we should remember he had been nurtured for years–at least since 2007. If his talks against the Pakistan Army are the greatest accident, then we should recollect the long history of political meddling of adventurists since the 1950s. Do we not recall the 1964 elections of Fatima Jinnah, the 1979 hanging of former Prime Minister Zulfiqar Ali Bhutto, the 1985 party-less elections, the 1988 formation of IJI and 2000s Moderate Enlightenment, the 2010s Naya Pakistan project, and many more incidents I must refrain from mentioning here?

The majority of my readers may not know who Qabil Ajmeri was although a line of his poetry “Hādisa ek dam nahīñ hotā” is very popular among writers and journalists. Born on August 27, 1931, in Churli, Ajmer Sharif, Abdul Rahim popularly known as Qabil Ajmeri was a character of Roman tragedy who died in 1961 after living a very short life of 31 years. Qabil lost his father when he was seven years of age and his mother died within two months after the death of his father. Their deaths were followed by the deaths of his brother and sister and he was all alone in the world when he was just 20 years of age. All accidents in his life were caused by tuberculosis which was an incurable disease at that time. Qabil was also exposed to tuberculosis and had been fighting against death while writing awesome poetry. In 1960, he was admitted to Railway Sanatorium Quetta for treatment where he met a Christian nurse Susan who knew that Qabil could not survive tuberculosis but fell in love with Qabil Ajmari and decided to marry him. They were married and had ason. Qabil Ajmari died on the first birthday of his son on October 3, 1962. Susan, who embraced Islam before her marriage, died in 2001 as Nargis Qabil and their son Zafar Qabil is an activist who lives in Sakhur.

The political stage Pakistan is going through is an outstanding sample that one cause can correspond to different effects in different circumstances. Political engineering and creating heroes had been successful and terminating projects had been easy in the past, but this time it is affecting the entire fabric of society and there are fears in the minds of people like me that it will be disastrous when this effect will work as a “cause” for the corresponding effect.

Qabil’s opinion that accidents do not occur abruptly and time nurtures them is actually a simple explanation of the “Theory of Cause-Effect Inference” which describes that at least two causes are needed for an effect to take place and then that effect changes into cause for the corresponding effect. This process is also known as “Causality” and “Causation” in political philosophy. We find the best explanation of “Causation” in Aristotelian philosophy. He says that “cause” is an “explanation” or “answer to a “why” question. He says everything happens due to a cause. Further explanation of this theory indicates that there must be more than one cause for any effect. There is no doubt that Aristotle’s explanation is lengthy and somehow difficult to explain. He categorizes the four types of causes include material, formal, efficient, and final. Since we cannot always find a logical linkage between cause and effect and one cause can correspond to different effects in different circumstances, therefore philosophy places the issue of cause and effect in the domain of “metaphysics” instead of “logic”. One must not forget that the entire Causation Chain (conversion of effect into the cause of the corresponding effect) has the same essence.  Therefore, if the first cause is based on “bad”, the entire chain shall never bring “good”.  Therefore, in metaphysics (for example in mysticism), we believe one should do a good deed that will bring another good and this chain will continue.

Since the “Rise of Khan”, the military establishment had been facing criticism for allegedly creating a hybrid creature as well as a hybrid system. While giving the example of “Frankenstein’s monster”, the majority of us believe hybrid creatures only bring “bad”. However, I wish to refer to one character from Greek mythology that was the offspring of the mythological couple Typhon and Echidna and he was considered a “good creature”. The couple in quest of saving goats from lions created a hybrid “Chimera” and this fire-breathing hybrid monster was composed of a lion, with the head of a goat and a tail that might end with a snake’s head. Since the idea behind creating this monster was “good” for saving goats from the lion, therefore Chimera is known for bringing good to society. I must not say Imran Khan is a hybrid creature but I have no reason not to believe there was an experiment for installing a hybrid political system. Should we not ask whether this experiment brought good or bad?

The political stage Pakistan is going through is an outstanding sample that one cause can correspond to different effects in different circumstances. Political engineering and creating heroes had been successful and terminating projects had been easy in the past, but this time it is affecting the entire fabric of society and there are fears in the minds of people like me that it will be disastrous when this effect will work as a “cause” for the corresponding effect.

Facebook
Twitter
Linkedin
WhatsApp
Email
Previous article
Happy to be spied upon..
Next article
Given the will nothing is impossible