Why do patriotic Pakistanis want to go abroad? 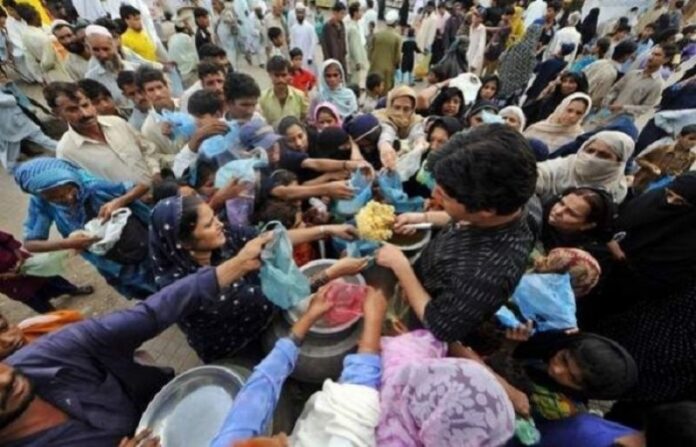 For an ordinary Pakistani, who does not have enough money to live peacefully, it does not matter who is running the government, which government is running the country, and whether the world’s leadership Is looking at Pakistan’s PM or not. He wants peace. He does not want to know how many resources the country is left with, who is going to give aid to Pakistan, who is being bullied, and who is delivering a better speech in the United Nations General Assembly. All he wants is money and peace of mind to live a happy and comfortable life.

If not a luxurious life, at least a life in which he could bring up his children properly and have enough income to eat properly and wear decent clothes.

Nations face hardships, bear pain gracefully, and rise collectively. It is the passion and will of people to rise that give courage to them to face any situation of difficulty and rise after that.

And, it was this will and courage in the Muslims of the Subcontinent that helped them unite for a common purpose and strive for a separate homeland under the leadership they trusted.

It is the leadership that makes these difficult times soothing and gives impetus to people to face challenges with bravery. It is the belief of people in the leadership of their trusted leaders that heals their wounds and readies them for further challenges.

Seventy-five years after Independence, if people cannot peacefully coexist in their social, cultural, political, and religious circles and live a standard life, if not luxurious, then all those who have been involved in running the country have done something wrong somewhere. After Independence, it was the overall peace of the state and the living standards of the people that must have been looked after with utmost care but which was overlooked the most.

The hardships, miseries, agonies, and hurdles the Muslims of the Subcontinent faced in their journey to a separate homeland are not hidden from anyone.

And, then the final phase of Partition came when people, who had a destination in their sight, suffered brutalities, atrocities, and pain. They absorbed every pain and hostility coming towards them because they had the vision of a state in their mind that would heal their wounds and open its arms for the poor, terrified, and injured people.

Those people wanted a separate state, the leadership provided the momentum to them by giving them hope and courage.

It is this passion and will in the people that make them stand tall against every difficulty and hardship they face. But, despite all the resilience and determination, the people show, there comes a time when the passion becomes less and people lose hope in the system. That is when they rebel. This stage is reached when every sacrifice is expected from people and very little is delivered back.

After Independence, the state needed peace and people wanted to live in peace with a decent living. But the dream remains a dream.

The leadership afterward, which was expected to take the legacy forward, insead of providing peace and giving respectable lives to the people, fueled social, cultural, political, and religious hate from time to time to pursue their interests.

Recently, NEPRA again raised the power tariff by Rs 4.34 per unit adding to the burden of already burdened people.

Amid the season of hefty bills and inflation, I met two individuals working on different salaries and ranks in a private company. They had one thing in common and that was their pain.

Now if they remove these amounts from their salaries they will be left with a very little amount to even eat properly for the whole month, let alone other expenses. These individuals are patriotic Pakistanis who are ready to die for Pakistan. They are loyal and want to serve Pakistan to the fullest.

But both of them are worried about their future in Pakistan. As the current situation has no end in sight, they often think about why they stayed in Pakistan despite getting a chance to move abroad. As they are living an uncomfortable life, they are stuck in their thoughts about whether they made the right decision to serve Pakistan by staying in the country.

What makes them think this way? It is the current condition of the country that has left them with these thoughts.

Are they not loyal to Pakistan? Yes, they are. That is the reason they do not want to indulge in illegal ways of earning money. They both have similar questions in their mind. The questions they raise are important ones.

They question the credibility of the leaders who have been running the country and the mess they have created. Who is responsible? Why should they suffer when they are not responsible for the mess in the country?

It is pertinent to mention here that both these individuals belong to the middle class. They have their own homes. Even have their cars. They could look for better opportunities here and there and even abroad.

The sufferings and miseries of those who cannot even make ends meet are far greater than theirs. They have no option but to live a life full of troubles. But, the problem does not end here. Hunger has the power to instigate people towards extremism and criminal activities. And, we see from time to time people being involved in unethical, unlawful, and immoral activities in their domain and capacity.

Similarly, the incidences of social, cultural, political, and religious hate rise from time to time. Seventy-five years after Independence, if people cannot peacefully coexist in their social, cultural, political, and religious circles and live a standard life, if not luxurious, then all those who have been involved in running the country have done something wrong somewhere.

After Independence, it was the overall peace of the state and the living standards of the people that must have been looked after with utmost care but which was overlooked the most.