The challenge for democrats

How do they get back their traditional voter 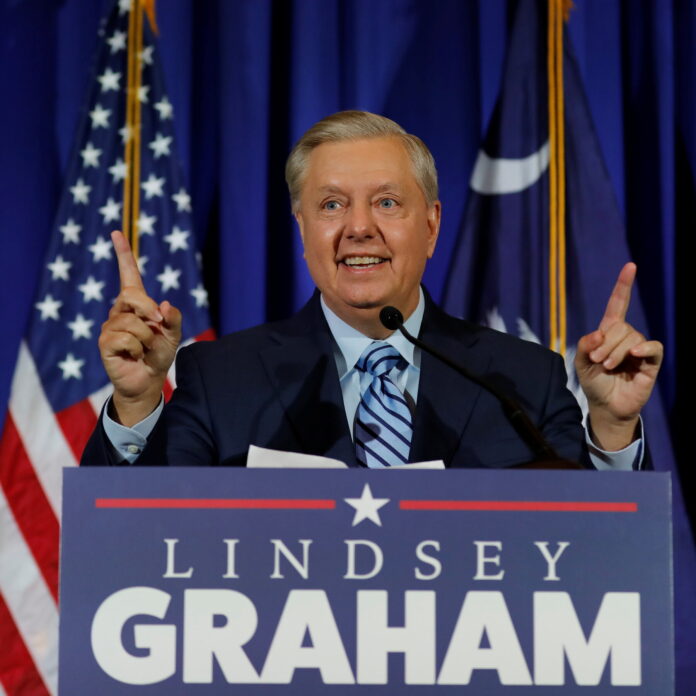 Graham’s observations, while containing more than a kernel of truth, might have been more accurate had he added the clarifying word “white” before working class. Polls show that Democrats consistently out-perform Republicans among wealthier and college-educated Americans, and also win strong majorities of Black, Latino, and Asian voters. Republicans, on the other hand, receive strong support among whites without a college degree and those at the lower end of the income scale.

It is as if there has been a perverse inversion of the class conflict that once defined the relationship between the two parties. Democrats once proudly proclaimed themselves to be the party of working people. They were, after all, the party of organized labour and their ranks were filled with ethnic immigrant working men and women who had come to this country to find opportunity and freedom from oppression. For the better part of the last century, the Democratic Party embraced and protected them and organized them into a powerful voting bloc that won elections at all levels of government. Republicans, on the other hand, proclaimed themselves the party of big business and small government. They promoted free trade, fought against unions, and consistently worked to reduce taxes, government spending, and regulation of business practices.

How is it then that the same Republican Party that never abandoned its principles of small government, less taxes, and deregulation, now wins support from the very working-class voters who need public education and services, a system of taxation that doesn’t favour the richest Americans, and the health and safety protections that have historically come from government intervention— and has become “the party of the working class”?

While the all too flippant answer is race, there is an element of truth in that generalisation. The unrest that accompanied the civil rights movement did create a white backlash that has been callously exploited by Republicans since the time of the Nixon Administration. They preyed on the resentments and insecurities of poorer whites and despite having no positive solutions to offer them, still won much of their support.

Donald Trump was the logical inheritor of these decades of the Democrats’ neglect of white voters. He stoked their fears and while he had no intention or plan to fulfil his promises, he pledged to bring back jobs and restore the dream of prosperity. In office, he ultimately pursued policies that were detrimental to the needs of white working-class voters, but he retains their support because they believe that he understands their anger and the sense that they’ve lost control of their lives to economic, social, and political forces, leaving them feeling powerless and without a voice.

The broader political and cultural upheavals of the 1960s and 1970s also played a role. Patriotism, traditional sexual mores and gender roles, and the foundational myths of our accepted history were all challenged in necessary, but nevertheless, unsettling ways. And while Democrats correctly embraced these various causes, they oftentimes did so in a manner that ignored the needs and concerns of the very white working-class voters who had once provided them with victories. Democrats became the party of a collection of social and cultural causes, while Republicans were able to refashion themselves as the party that exploited the fears of white voters who felt they were not only being ignored but also becoming the victims of these “causes.” A recent study showercented that as late as 1996 counties that were “85 percent white and earned less than the national median income split evenly between Democrat Bill Clinton and Republican Robert Dole. In 2016, such counties went 658 for Donald Trump and two for Hillary Clinton.”

The point is that Democrats have lost touch with white ethnic voters and, like the Republicans, have pursued their own version of “either-or” politics. They speak to liberal “elites” and their “base,” but ignore or insult others. White working-class voters have lost jobs, seen the values they have been taught to believe in now called into question, felt the “American Dream” that had inspired them is now beyond reach and that Democrats aren’t paying attention to them. The issue isn’t race, per se, but rather the feeling of having been abandoned and being vulnerable that has enabled Republicans to exploit race, immigration, or cultural change as reminders of their fear of being ignored by Democrats and left behind.

Donald Trump was the logical inheritor of these decades of the Democrats’ neglect of white voters. He stoked their fears and while he had no intention or plan to fulfil his promises, he pledged to bring back jobs and restore the dream of prosperity. In office, he ultimately pursued policies that were detrimental to the needs of white working-class voters, but he retains their support because they believe that he understands their anger and the sense that they’ve lost control of their lives to economic, social, and political forces, leaving them feeling powerless and without a voice.

Even after four failed years of the Trump presidency, his appeal remains strong among many voters because he has been able to personify their frustrations and aspirations. His victory was their victory, and his defeat became their defeat. Trump’s clones, now running for office, continue his message and carry his mantle.

The challenge for Democrats is to recognize that the story being played out is bigger than Donald Trump—and more than the social and cultural issues on which they are basing their strategies to win in November. It’s imperative that they fight for racial justice, women’s rights, immigration reform, and equity for the LGBTQ community. But their approach can’t be “either-or.” They must translate these issues to white working-class voters and make clear that their concerns will also be front and center on the party’s agenda. Only such an inclusive message and program can end the politics of polarization and provide Democrats the opportunity to demonstrate that they represent the aspirations of all Americans.