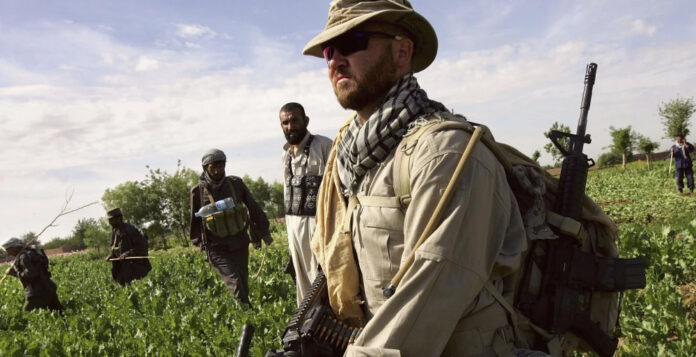 Many instances of violence by Afghan spectators towards Pakistani, one in KPK, were reported by the local and international media after Pakistan won their cricket match in UAE during last week. Pakistani and Indian spectators in a third country might have such tense moments but seldom anyone has taken the law into their own hands.

Similarly, much of the discontent on the streets of Baghdad emanates not from US occupation or three decades of dictatorship. Iran seems the main culprit as Pakistan is regarded on the streets of Kabul. Both instances in countries freshly out of US occupation point out regretfully to hate and scapegoating of the concerned neighbours, who instead of abandoning them, rose to the occasion and got brickbats for it.

In Afghanistan, the modernist monarchs; whose human rights credentials were not so impressive, were responsible for the winds of change. The smooth sailing uptil the 1970s did make one believe that the country would soon be on its way to the progress it deserved. However, the great power domino games ruined the state to an extent that to this day, despite a local administration, the country does not know the next step

The instances reported in the media in fact point to the undercurrents which seem to shape the behaviour of one nationality towards the other. Afghanistan, a country which had the misfortune of two invasions during the last half century; in 1979 by the then USSR and in 2001 by the USA; had a common border with both Pakistan and Iran. While Iranians regulated the presence of Afghans in one way or another, Pakistan has been a second home for them in the aftermath of events in December 2001. The Pakistani authorities asked not much from them when many Afghans crossed over to Pakistan in 1979. Even today, many confirmed Afghans have Pakistani CNICs as well as established businesses in Pakistan. Many Afghan leaders of all political shades have their educational degrees from Peshawar or any other Pakistani city elite’s educational institution.

The cycle was repeated with a difference in the aftermath of 9/11 and the October 2001 US invasion of Afghanistan. Despite the fact that officially Pakistan sided with the US Coalition; it was a known fact that whatever Pakistan was doing to appease the USA was under duress. It was no coincidence that the first Interim Prime Minister of the 2021 Taliban regime, Mullah Baradar, had spent time in Karachi Central jail, but might not have been tortured to the point of passing out in the process. Even today, any food shortage or major grain crisis in Pakistan is always traced to the demands of the Afghan market.

Take the instance of another state, which was invaded by the USA in 2003; Iraq. Ironically, the country shifted position from an ally against the resurgent Islamist surge under Khomeini to the state, which was getting too big for the boots. The invasion of Kuwait in a way sealed the fate of Iraq in the decade to come. After the Republicans took over the  White House in 2000, the countdown to formal occupation of Iraq began. The famous Axis of Evil speech literally confirmed what was in store for the region.

The Iran-Iraq war in 1980 was triggered partly by the fact that Iraq’s secular Baath party feared rebellion in its south soft belly, which had a population whose co-religionists incidentally ruled Tehran. The war was a no-win for either side. Iran could not enhance its influence to its Arab neighbourhood, while Iraq emerged fractured in terms of economy and its standing among its Arab brothers. Having taken so much debt from the Sheikhdoms to keep the essential supplies running in cities, Iraq was in deep debt. On the other hand, the revolutionary euphoria in Tehran gave way to silent reconstruction of a war-devastated country for the next one decade at least.

The first 1991  US incursion into Iraq by the USA-led coalition, did gave the opportunity to the western powers to get rid of the Baath; yet they stopped half way; calculating that dislodging the Baath in Iraq was like giving the Khomeni-ist regime in Tehran a free ticket to Iraq. The result was unprecedented internal repression in Iraq, making names like “Chemical Ali” household nicknames for any undesirable person.

That stalemate was however broken when the USA finally made a false ground over WMD and invaded Iraq. The change in status quo gave the neighbouring Iran unprecedented access to every lifestyle in Iraq. Four week into the occupation, it was not the US businesspersons who were making a trail into Baghdad. Rather it was the Iranian pilgrims, as well as undercover IRGC assets, who were making a beeline to the Holy shrines in the Southern Wilayas (Iraqi administrative units in use since the Ottoman period) for the annual feature of “Arbaeen” in  honour of the grandson of the Prophet Muhammad (PBUH), Imam Husain.

Today Iraq and Afghanistan both are officially free from US presence, sans for a token one still in Iraq. Both the states have had a number of electoral cycles during the last decades and with the unceremonious withdrawal of the USAfrom Kabul; practically both the capitals of Kabul and Baghdad are graced by the presence of staunch Islamists as well as clerics. If in Kabul Mullah Haibatullah has the last say, in Baghdad, Grand Ayatollah Ali Sistani has had the last say to defuse many a crisis.

However, both the warring nations have during the period developed a sort of love-hate relationship with their immediate neighbours, in the case of Afghans, the Pakistanis, for Iraqis, their co-religionists, the Iranians. While the former subjugated nations depend on much of the access to the free trade as in the case of Afghanistan (the ATT) as allowed by Pakistan; and Iraq power needs like gas and electricity from Iran; the hate for the caring neighbour seems to be the cornerstone of the dominant political trends in both Afghanistan and Iraq.

In a few words, both Pakistan and Iran seem to be carrying a thankless baggage where they have not that option on the table to abandon the abusing nation; but to keep investing in time and resources, in case they make a breakthrough one day. Despite the fact that Iranian assets in Iraq are on the firing line, just a few days back the Iranian government on  the orders of the Supreme Leader waived off the accumulating circular debt in the head of electricity supply to Iraq in one go.

Having explained the stakes of countries like Pakistan and Iran, one wonders, as to why these developed states have to face the scorn of their less fortunate neighbours off and on. The answers to the query lay in the fact that the two nations have been just out of their adolescence in true words.

Despite the fact that Iraq has been a cradle of civilization for all, its history after the fall of Abbasid dynasty left it at the mercy of competing Safavi and Ottoman dynasties. It was not until the geometrical division of greater Syria and Trans-Jordan into Lebanon, Syria, Iraq and Jordan; the traditional Levant that Iraq began to taste the flavour of industry-led civilization. The taste enflamed ambitions and the state witnessed a succession of bloody coups and counter-coups. The 23 years of Baath rule gave the society the semblance of a modern state; though that was soon rudely swept away by the US invasion.

In Afghanistan, the modernist monarchs; whose human rights credentials were not so impressive, were responsible for the winds of change. The smooth sailing uptil the 1970s did make one believe that the country would soon be on its way to the progress it deserved. However, the great power domino games ruined the state to an extent that to this day, despite a local administration, the country does not know the next step.

As debate continues in the Pakistani media, expressing bewilderment over what many Pakistanis see as an unceremonious payback from Afghanistan. Only time will decide in the case of Afghanistan and Iraq; how much fault lay within and what was the fault of the other nations. Uptil then, Pakistan will have to bear the outbursts of a nation in stress; not of Pakistan’s making!

Argument leads to fatal shooting of police officer by colleague