Two ways to consult the Quran

Actually, there is only the one way 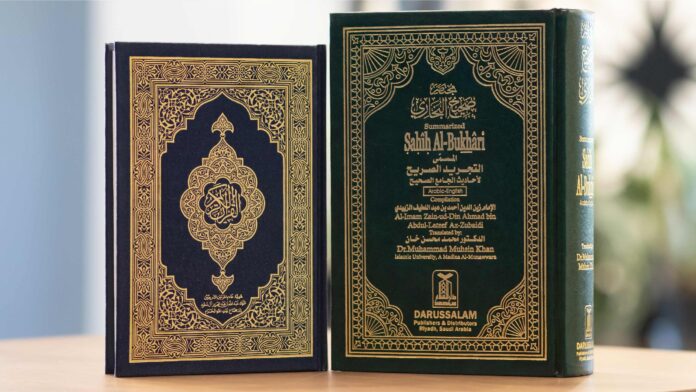 Why Muslims, for many centuries now, are so strikingly at odds with the spirit of the Quran is one of the enduring mysteries of all time. That is, why the Quran fails in so many cases to cure its believers of prejudices and fairy tales they gradually come to believe in the name of Islam. What makes it even more perplexing is that Quran is hardly an obscure or secret text in possession of a select few that is inaccessible to the average Muslim. To the contrary, the Quran can be found in every Muslim home (if not in every room), and (at any rate, in theory) forms the cornerstone of every Muslim’s religion. This brings us to the two ways Muslims seek to learn and benefit from the Quran.

The first way is to consult the Quran as one would any other thing that claims to pertain to religion. Simply put, this approach goes something like this: Add what you read in the Quran to the hotchpotch of all the cumulated ‘knowledge’ and your prior understanding of Islam based on all other sources: Kalam, Fiq’h (jurisprudence), Hadees, Bible history, Western philosophy, stories told by your maulvi saab, fairy tales narrated by your mother and nurse when you were a toddler, and what have you. That way, things one reads in the Quran take their place as just another set of ingredients in the eclectic mix of ideas comprising one’s mental furniture.

This sort of study does little to improve understanding of one’s religion. For inevitably there are numerous clashes and contradictions between the various sources; and owing to the absence of any unambiguous hierarchy among the sources, there is no rational way to decide any such issue. It then becomes a matter of caprice and/or convenience which of the various options is adopted, making it essentially a case-by-case approach with no logical coherence between issuance and acceptance of one’s opinions on various matters. The price one pays for stacking every input from all sources, one on top of the other, without grading the information in terms of worth and credibility is a shaky structure that does not hold up to any sort of scrutiny. That this approach takes one absolutely nowhere is clear to everybody barring those suffering from extreme forms of doublethink.

The price one pays for stacking every input from all sources, one on top of the other, without grading the information in terms of worth and credibility is a shaky structure that does not hold up to any sort of scrutiny.

The other way to consult the Quran is to consider it as the criterion to examine the validity of ideas offered by all other sources. The principal benefit of this approach is that wherever there is a clash between the various sources, the Quran’s verdict is considered to be decisive and binding. Consequently, instead of considering each matter as a separate one to be considered in isolation, every issue is approached from a Quran-centric perspective. Any belief/act will be accepted/rejected based on either an explicit Quranic verse or as an application of a Quranic principle. This makes for a much sounder, more consistent and simpler approach to religion. For everything – from fundamental beliefs and acts to comparatively minor ones – traces back to the Quran and therefore forms part of a unified, consistent framework: a superstructure with the Quran as its core.

The Quran explicitly favours the latter approach. It calls itself Al-Furqan (the Criterion of true and false), Al-Mizan (the Balance to weigh right and wrong) and Muhaiman (quality control). According to the Quran itself then, it is not just another source of religious information – it is the principal source of Islam. For those, then, who have bothered to find out – howsoever inadequately – what the Quran has to say on fundamental matters of life and death, there is only the one way – the second one – really, to consult and benefit from the Quran.

Of course, as things stand, more Muslims than one cares to admit are adamant that reading the Quran blindly is a great idea. For them, the discussion of what status to accord to the Quranic teachings hardly carries any meaning – not until they recognize that there is some meaning there to begin with. Of course, the idea of reading the Quran for ‘blessings’ is completely alien to the Quran. The source of this belief can be traced back, on the one hand, to a misplaced reverence for the Quran; and, on the other, to certain prophetic narrations that were mistakenly supposed to have put emphasis on reading the Quran even if one did not understand a word of it. Of course, the Quran says no such thing – far from it! For all its teaching urges man to ponder on its verses and on the signs and symbols found everywhere in the universe. The trouble is that the proponents of ‘recitation for blessings’ are not interested in what the Quran has to say on this, as indeed on any other issue of fundamental importance, because they have been too busy collecting ‘blessings’.