The glare from the socks 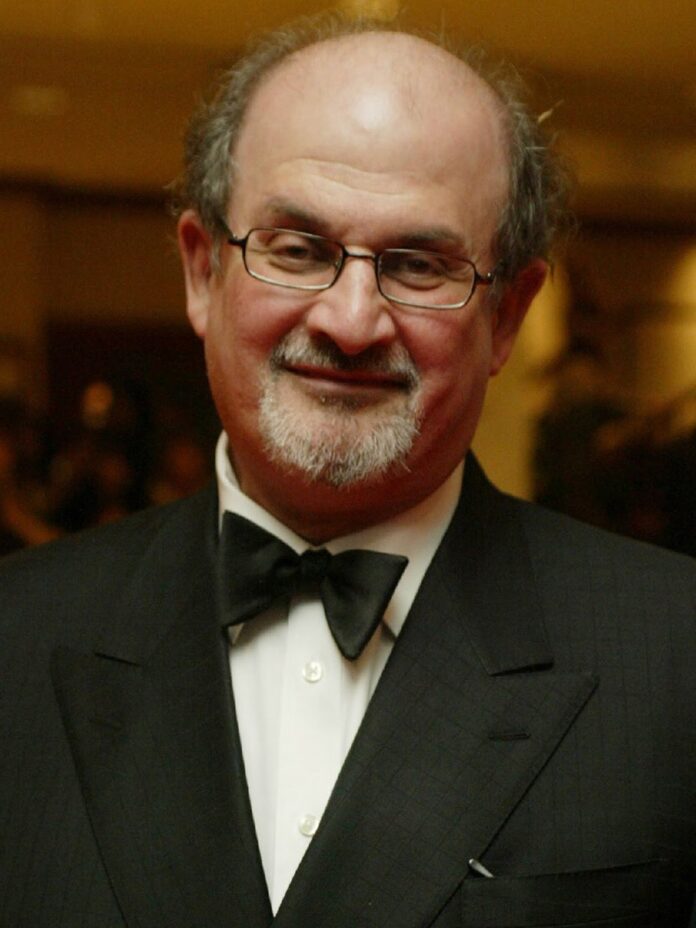 The arrest of Dr Shahbaz Gill came before Ashura. It was perhaps inevitable, not because he was inciting hatred against either of the sects, but because he was inciting rebellion with the armed forces. That, it seems, is as sacrilegious an act. It’s not a good time for committers of sacrilegious acts. I mean, look at Salman Rushdie, whose Satanic Verses were published in 1988, but who was attacked now. At 75, it was a bad attack to survive.

Interestingly, it was a knife attack, not a shooting. I’m not familiar with the theology on this, but I would be surprised if it was a case of using the weapons used against the original blasphemers.

The attacker was a certain Hadi Matar from Fairview, New Jersey. Perhaps an Iranian immigrant? Perhaps someone who shouldn’t have been let in? It’s interesting, but we’ve got Taslima Nasreen expressing worries for herself. Reasonable, I suppose, because she would be in the sights of the three decades-old.

Personally, I blame Nupur Sharma. I can just imagine Hadi Matar sounding off about Sharma’s blasphemy, when someone  pointed out that Rushdie was still around. Ms Sharma can take comfort from the fact that Rushdie’s blasphemy was more than three decades ago, so she’s probably got a good run to go.

Getting back to Shahbaz Gill, apart from inciting rebellion, there are a number of reasons why there should be cases against him, but I don’t think any charges will be brought. First, is of course the kind of language he has been using about the opposition.

Even that can be forgiven, but has anyone seen his socks? I know, the fault is with the makers If they didn’t make those socks, then no one would wear them. But the fault is still Dr Gill’s. Nobody was forcing him to put good money down in exchange for those socks. But he did. And the makers knew that those socks would find buyers.

People unashamed of going about town with their ankles looking perfectly ridiculous. If those are the socks that are going to be worn in Naya Pakistan, it might be better to stick to Purana Pakistan. True, there was once the concept of Dazzle socks, but we can have too much of a good thing, and I’m not sure we should have Eyesore socks.

I don’t know where Dr Gill developed his taste in socks. Wherever it was, he would be well advised to do the decent thing and not boast about it. In fact, if ever asked about it, he should maintain a well-guarded silence. Or else he should blame any particular bugbear in the PML(N).

But apart from socks, it seems that sites are brewing hacked to mount a petition against the Chief Election Commissioner, asking him to resign.

He is proving a true follower of Imran Khan by refusing to resign, but we’ve had the electoral watchdog PILDAT forced to issue a disclaimer that a site hosting a resignation petition had nothing to do with it, nor did emails asking that the online petition be signed. A worthy cause would be to ask if there could be an online petition about Dr Gill’s socks. All NGOs working in the field of eyesight would welcome signatures, for Dr Gill’ socks are capable of searing the most intrepid eyesight, and have rendered hundreds blind.

If was perhaps lucky that Dr Gill was kept away from the Azadi March in Islamabad, for it’s strenuous enough trying to free the country without running the risk of going blind.And if he had been a free man, Dr Gill would have been onstage, strategically placed for maximum exposure to his ankles.

Instead, the PTI has had to rely on Fawad Chaudhry to get its message across. He has resurfaced, though he is still not trying to incite anybody to do anything. There’s a meme about Rashid Minhas, who is still the PAF’s only Nishan-i-Haider, in which it is pointedly mentioned that he didn’t obey his senior. Of course that is not a message from the PTI. Obviously The PML(N) is behind it. Shehbaz Gill is also a PMLN) man, because that is the party trying to create differences between the PTI and the military. Whatever the case, I assume Fawad Chaudhry’s socks are orthodox, a tasteful dark blue, with at most a thin pale blue stripe.

Owing to the recent floods, many government schools have been converted into flood relief centres. The Government Boys High School Qasimabad, Hyderabad, is one...
Read more
- Advertisment -