Why we aren’t producing world beaters 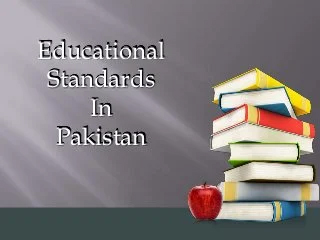 “To destroy a nation, you need not to drop an atomic bomb, just lower its standard of education”

While other countries are working on the technology, innovation, different modern projects, making their country progressive with modern technologies, Pakistan is still generating graduates with a low level of creativity and low chances of getting employed which neither guarantees them a job nor makes them capable of developing a project through which they can earn a living. Resultantly, they cannot become financially self-sufficient and cannot contribute to the well-being of the country.

Besides, Pakistan’s literacy rate is 62.3 percent which means that about 60 million people in the country are illiterate. An estimated 22.8 million children aged between 5 and 16 are out-of-school, though Article 25A of the Constitution obliges the government to provide free and compulsory education to children of ages five to 16 years.

However, the students, who are getting education, are not getting a standard education. Consequently, we do not have any prominent locally graduated economist, computer scientist, political scientist, or scientists etc who can outsmart our international counterparts.

Do you wonder why we cannot manage to create Nobel laureates, prominent economists, computer scientists etc who can work for the prosperity of the countr while Israel and some other countries have managed to create all of them? It is the poor quality of our education that is generating incapable and unskilled masses that cannot contribute to the well-being of the country.

There are some reasons behind this poor educational quality.

Low budget for the sector is discussed widely and it is indubitably a matter of great concern the government must pay heed to, but there are several other reasons.

The government should take concrete measures to resolve issues of a démodé syllabus, untrained teachers, poor supervision, and the poor examination system so that our students can take an active part in the international arena of education and can successfully outsmart their counterparts.

First is an outdated syllabus. We have always remained deprived of an up-to-date syllabus that could match the trend of the developing world. Presently, when the world knows the significance of technology in each and every field and is chasing it, we have overlooked modern technology. If universities are providing degrees in technology, regretfully, the quality of education that is being provided is so low that the students cannot have innovative ideas regarding their main field. If some students succeed in coming up with some innovative ideas, they lack the resources to execute them.

Apart from this, our school and college syllabuses are outdated too, and similarly they do not match international standards so they remain far behind in the international arena of educational contests. Most of our syllabus is based on theory. Luckily, we have some practical work but about 60 to 70 percent of educational institutions do not have access to equipment for performing practicals. We do not prefer logical thinking, critical thinking, advanced mathematics, advanced science etc at secondary education level as Israel has preferred, and Israelis by reaching university outmatch their American counterparts because their syllabus is updated as per the need of the hour.

Secondly, unskilled and untrained teachers, who possess old and traditional teaching methods. A teacher plays a key role in the learning process of a student. But, in Pakistan, hardly, our teachers apply modern methods for teaching. Roughly 60 percent institutions have traditional teaching methods where teachers write answers of questions on the board and students copy. They are not encouraged to search out the answers from the textbook so that they can develop their reading skills, writing skills and presentation skills.

Besides, teachers’ behaviour is found rude or inappropriate due to some reasons such as incompetence, communication gap and incapability to create learning environment. Incompetent in terms of knowledge or teaching style, teachers cannot assimilate the mental capacities of students so become inapt to educate them. Also, the communication gap between teachers and students is a matter of concern. Sometimes teachers cannot communicate appropriately to the students and rest of the time students

And, they remain unable to create a learning environment due to reasons like too much strength of students in one classroom whereas according to the America’s National Education Association the ideal classroom strength is 15 students. A size of 30-40 students in a classroom is also considered a normal size. But, in our schools the strength exceeds 100 or 50 at least, and it is impossible for a teacher to pay one-on-one attention to students. Consequently, they cannot learn attentively, only students with much effort manage to learn somewhat. Also, old and traditional teaching methods jade students to learn without any creative or fun-based activity.

For these reasons, students’ learning capabilities are adversely impacted. They are discovered to be unmotivated to study. Herbart verbalised that a student’s interests influence learning outcomes. In the case of an unmotivated and jaded student, he cannot perform extraordinarily and will remain dull and uncreative. As a consequence, he experiences stress as well. For stress, a study was conducted to gauge what kind of students can tackle this properly. The study showed that students with the big five personality traits managed to control stress well and secure better grades. The big five personality trait models consist of agreeableness, conscientiousness, extraversion, openness to experience, and emotional stability.

Thirdly, poor supervision also contributes to the ebbing standard of education. Supervision can be of parents, institute administration, and teachers. Institute administration and teachers are rarely held accountable for their performance at the institute, and they are sometimes unsupportive of students. Aside from that, a large number of parents pay little or no attention to their children’s performance and rarely visit school to inquire about their children’s performance. However, Lev Vygotsky, in his theory of zone of proximal development, mentions that students with support and cooperation can perform better in comparison with students who are not supported or aided.

Lastly, the faulty examination system contributes to declining standards too. In Pakistan, the purpose behind examinations is to assess the memory of students rather than their intelligence. So, crammers secure good marks and intelligent students cannot perform well in memorizing long answers. In the end, crammers’ knowledge does not contribute to their well-being even. Also, we have a school-based examination system which does not pave way for better results. And, a professor in South Africa had well said that, “Collapsing any nation does not require the use of atomic bombs or the use of long-range missiles. It only requires lowering the quality of education and allowing cheating in the examinations.” In interiors of the country, especially in Sindh and Balochistan, copying in board examination is common.

To counter educational issues, not only schools but also parents have to contribute. To make a practical and applied syllabus, the government should compare it to the international level and train teachers as per international standard. Also, parents must train their child for the big race. Government and parents can follow Jean Piaget’s stages of cognitive development to train children from their childhood. The model comprises four stages: 1) Sensorimotor, which lasts from birth to two years, in this stage a child learns through seeing, touching etc. 2) preoperational, which lasts from three years to seven years, at this stage a child engages in symbols and manipulates symbols. So, they should be taught through symbols at this stage. 3) Concrete operational, which lasts from eight to 11 years, at this stage the child thinks logically. So, the syllabus must contain some lessons in which a child can learn logically. 4) Formal operational, which lasts from 12 to adulthood, at this stage a child formulates hypotheses and systematically arrives at the answer of a question. Thereby, the syllabus should contain some lessons accordingly.

However, some psychologists differ in opinion saying that each child has different mental capacity by the time, that’s why the government should ascertain a middle way to make syllabus with the addition of logical and critical thinking starting in 6 or 7 grade.

The government should focus on modern teaching methods for teachers and should conduct workshops for teachers. Teachers’ training is equally significant for ameliorating the education system.

Besides, as per John Dewey’s words, schools should focus on students rather than on subjects. Schools should teach as per the learning capacity of a student, not as per the subject constraints. Similarly, parents should set expectations based on the student’s ability and continue to encourage them so that they can find motivation to learn.

The government should take concrete measures to resolve issues of a démodé syllabus, untrained teachers, poor supervision, and the poor examination system so that our students can take an active part in the international arena of education and can successfully outsmart their counterparts.

Ali Zubair Soomro
The writer is a freelance columnist

October 7, 2022
ISLAMABAD: Islamabad Capital Territory Police have conducted a mock exercise at D-Chowk to deal with any possible law and order situation as well as...