Disrespecting court judgements has become a staple of politics 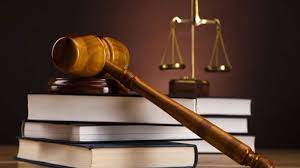 The Pakistan Democratic Movement boycotted proceedings of the bench of the Supreme Court. The bench was deciding the constitutional validity and status of the ruling of deputy speaker of Punjab Assembly regarding election of the Chief Minister of the province. PDM expressed grave concerns about its lack of confidence in judges of the bench.

The crisis has been overcome, but the situation in the midst of the political tension reflected how much our politicians are politically mature, how much they seem to be inclined toward public and national interests, how much respect they have for state institutions, especially the judiciary, and what kind of changes are required to reframe some parts of the Constitution.

Once again, history is repeating itself. The credibility of the third pillar of state, the judiciary, is at stake because the institution has been targeted for a few years by certain political parties against which decisions are passed. Especially, in the midst of recent political leg-pulling for power games, the impartiality of the judiciary is being questioned.

No doubt, the ruling of the apex court shook the tectonic plates of national politics, especially in Punjab. That is the reason directly or indirectly affected political allies accused the top judiciary of partiality. It means that the new and well-cooked narrative to make the third pillar of state controversial is being injected and made to prevail by the PDM and other political parties. The narrative is being projected, and later on will be encashed during the election campaign for political motives as Imran Khan encashed the narrative of American intervention and regime change.

Political victimization of the judiciary, especially in the ongoing political battles, will put smudges on the real face of democracy. Our political leaders are playing a very devastating role by making the judiciary controversial to gain their political objectives. Everyone can observe a newly-devised Pakistani version of democracy in the last two decades, although it has deep historical roots.

In this version of democracy, followers and leaders of one political party counter the corruption scandals of other politicians by mentioning the corruption scandals of opponents despite condemning their own political leaders’ corrupt practices. Blind subordination of voters, and even within the party leadership, has prevailed in our political discourses that is against the spirit of democracy as nobody within the respective party can oppose the decision of Nawaz Sharif, Asif Zardari or Imran Khan. If someone dares to swipe at any policy within the party against its leadership, he will have to face the music with dire consequences.

There could be healthy debates on the basic spirit of separation of powers between state institutions in our country. Some concerns of the political class could be considered about judicial intercession and activism.

The most dangerous aspect of the Pakistani version of democracy is to rely on state institutions to rule in power corridors. Currently, the judiciary is the target to legitimize rule on the basis of its decisions. Surprisingly, a political party against which a decision is given rejects the decision by alleging favoritism and “bench fixing”.

However, if the same bench passes judgment in favor of that party in another case, then the decision is termed as historical, progressive, unbiased, on merit, democratic and independent. Similarly, the leadership of PML(N) celebrated the decision of the same bench of Supreme Court against which the PML(N) is against now,  when the ruling of NationalAssembly Deputy Speaker Qasim Suri was declared unconstitutional, but the PTI accused the same bench of Supreme Court of favoritism. In that case, the PML(N) praised the judiciary by making statements about its independence and the positive role of a judiciary in democratic development.

However, when the same bench comprising of Chief Justice Bandial, Justice Munir and Justice Ijazul Ahsan declared the ruling of Deputy Speaker Dost Muhammad Mazari unconstitutional that paved the way to form government in Punjab by the PTI and the PML(Q), the leadership of the PML(N) attackeded the bench of the apex court with severe concerns and allegations. It was tried to pressurize the judiciary through press conferences, and harsh statements of severe consequences, before announcing the decision of the case. Sadly, the same attitude was adopted by the PTI against this bench of the Supreme Court when the court set aside the ruling of Qasim Suri.

Similarly, the Election Commission of Pakistan announced its findings on February 2 in the foreign funding case against the PTI. According to the decision, the PTI took prohibited funding. Now again, the PTI is lashing out at the ECP because the decision is against its leadership. On the other hand, other political parties, especially the PDM termed the decision unbiased and in the best interests of Pakistan. However, the ECP is yet to decide the cases of the PPP, the PML(N) and the JUI(F) regarding sources of funding following the judgment of 2017 of Chief Justice Saqib Nisar. Presumably, if the decision would be against these three parties, they would question the impartiality and reputation of ECP as the PTI is doing right now. And the PTI will welcome the ECP’s decision with golden words, if it goes against PPP, PML(N) and JUI(F). Consequently, state institutions become weaker that directly affects democratic development. The attention of institutions, politicians, judges, representatives, and media is diverted from public problems.

It seems that our political parties are not mature enough to accept the realities. They always seek ways to misguide the public on any issue to increase vote banks. No doubt, difference of opinion is the beauty of democratic society, but following opportunism for power is a slow poisoning not only for democracy but also for political parties.

In Pakistan, a fake narrative is built up on any issue to make it a burning issue, especially after being in opposition. Media houses are financed to promote the false narrative to create hype to mislead the public. A favourable bidding environment is created for the TV channels in government projects.

Consequently, all these factors lead to shaping up a Pakistani version of democracy that makes the country deviate from real democracy.

Debates carve out the inner beauty of democracy that lead to maturity and development of the system through eventual refinement. So, there could be healthy debates on the basic spirit of separation of powers between state institutions in our country. Some concerns of the political class could be considered about judicial intercession and activism. Constructive debates must be given space in national paradoxes on dangerous imbalance of power, institutional interventions, rewriting the outdated parts of the constitution and much more. All stockholders should sit together to address such debatable issues but only for national cause despite protection of their rule and corruption. The dire need of the time is political consensus for our national cause.