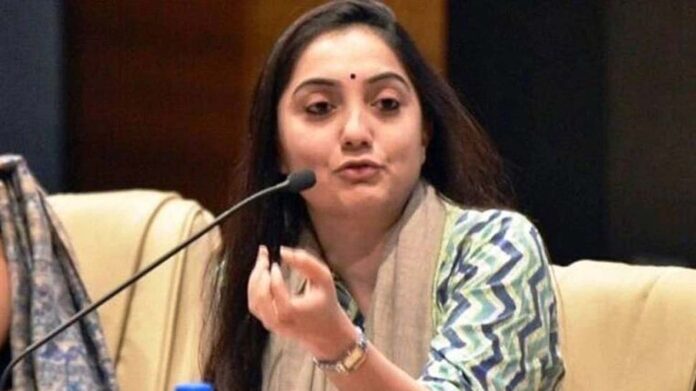 NEW DELHI: The Indian Supreme Court on Friday slammed BJP leader Nupur Sharma for her derogatory remarks about the Holy Prophet (Peace Be Upon Him).

A bench of Justices Surya Kant and JB Pardiwala said that Sharma is single-handedly responsible for fanning flames across India and should apologise to the whole Indian nation, the Bar and Bench reported.

Senior advocate Maninder Singh, who was appearing for Sharma, told the court that she had already apologized for her remarks and had withdrawn her comments. On this, the court said that Sharma was too late to withdraw her remarks.

As Maninder Singh made the court aware of life threats to Sharma, Justice Surya Kant said, “She has threat or she has become a security threat? The way she has ignited emotions across the country, she is single-handedly responsible for what is happening in the country”.

The Court was hearing a plea filed by Sharma to transfer FIRs registered against her in different parts of the country to Delhi. The bench was, however, not impressed.

“What has Delhi police done? Don’t make us open our mouth,” the bench remarked as per the Bar and Bench report.

Rejecting the plea, Justice Kant stated, “When you lodge a complaint against someone, that person is arrested but nobody dares to touch her that shows your clout”.