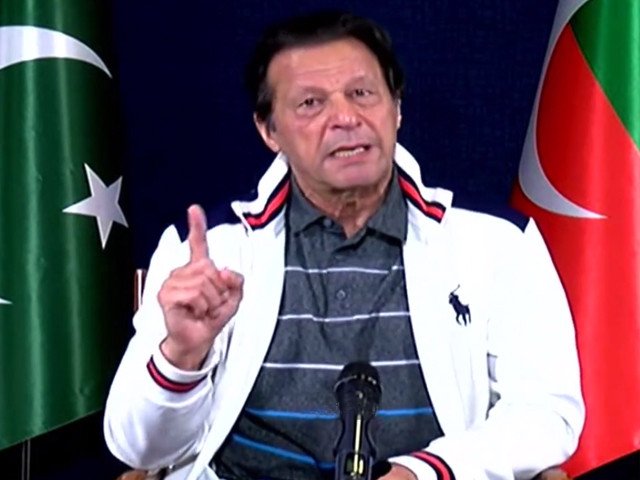 ISLAMABAD: PTI Chairman Imran Khan on Tuesday said his party would challenge the recent amendments to the National Accountability (NAB) law in the Supreme Court.

Addressing a press conference here at his Banigala residence, Imran Khan expressed hope that the top court would take notice of the development, adding that if such moves were allowed then it would be detrimental for the country.

Imran said laws formulated in the country should not be specific to any one person but instead be applicable to the collective whole.

Earlier this month, a joint session of parliament had passed three bills, including those related to electoral reforms and the accountability law. Amendments to the National Accountability Bureau (NAB) (Amendment) Bill were aimed at preventing the “misuse of law for political engineering and victimisation of opponents”.

The changes were criticised by Imran and his party, with the PTI chairman saying the move would destroy the country as the amendment would protect white-collar criminals from accountability.

Continuing the criticism in the presser, Imran said the assembly session where the amendment was passed was a “mockery and a joke with the country”.

“Those who passed the NAB amendments should be thrown into jail due to their shamelessness,” he added.

Tackling the major amendments one by one, Imran explained how they would be used to allegedly eliminate a number of cases against leaders of the coalition government.

The PTI chairman alleged that he was pressured throughout the entire duration of his government and blackmailed to provide a National Reconciliation Ordinance-type deal to major political figures of the present coalition government but he did not give in.

“It should be clear now their return [to power] was not to reduce inflation.”

He said if the present government remained in power then Pakistan would be on its way to a situation similar to the one in Sri Lanka.

“What they have done today (passing and implementing the NAB amendment law) is [give a] licence to [commit] corruption.”

Imran said he would issue another public call to show where the nation stood on the issue, adding that history would not forget those who abetted and supported the present government in coming to power.