The economy, polity and society 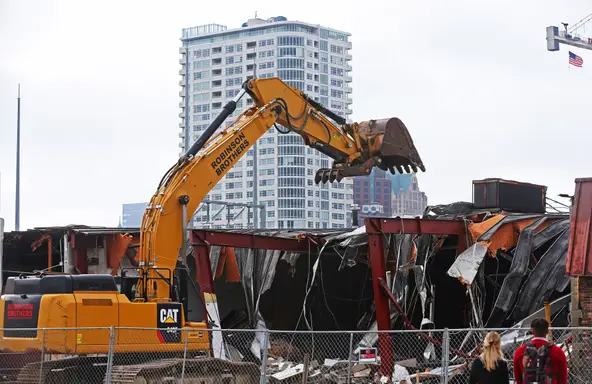 For any Pakistani City where water is scarce, it is a tsunami of cost of living. The tanker vendor, who had no issues putting into the underground tank a 3600 gallon tanker for Rs 5500 per trip; is adamant not to slide below Rs 7000 for his merchandise. His reasons are valid. The diesel price escalation has ruined his business calculations.

Maybe it is a personal experience; but the fact of the matter is that the much debated concepts of aggregate demand and cost-push inflation have combined under the watchful gaze of the IMF, the established order and incumbent to play havoc with the individual personal or business pockets of all varieties of Pakistanis.

The economy will need to be set up anew with a different social contract. We cannot deny the fact that our country’s relationship over SDRs is itself a big manifestation of “Saazish” claimed and disowned by all concerned. National consensus needs to be developed instead of apathy; failing which the patient cannot endure the intended corrective dosage.

Today, as things stand; it is a hard fact for a common Pakistani to make both ends meet. For a business vendor to meet his expenses as well as facilitate an honorable breakeven by the end of the day. As per an unnamed analyst’s argument that “a person’s degree of accommodation for the profit and costing in fact illustrates the margins he or she has. That in turn is dictated by the general health of the economy”.

Pakistan might not be the first country to have faced that situation. However, a closer look at the corrective action creates a big question mark for that initiative. Given the fact that such corrective actions are not undertaken in isolation from the established order, the deep state and the incumbent political governments; the pace and thrust of the apparent corrective action look more like a demolition machinery than anything allowing the available fiscal or monetary space for the common man or the businesses.

Recent news items circulating in the financial market is that discount rates or interest rates are likely to be pushed up. That decision might have a macroeconomic rationale; very much like the proverbial clothing of an otherwise stark naked king in a short story explaining a young boy’s revolt…; however, any such move is likely to put additional pressure on the already high-cost nature of the economy.

A macro-economic argument rests upon curtailing the money supply. However, that increased discount rate impact on a country such as Pakistan also means that businesses small, medium or large will have to make cost adjustments to rationalize their respective breakeven. Keeping in view the fact that they are making very quick adjustments vis a vis the POL prices; such retail and wholesale level price escalation is all set to disturb the profit margins of the supply chains; retail outlets etc. Above all, they are to invite the anger and scorn of the common Pakistani; who will have to adjust to the new piece tag; while already making up with increase in price of POL etc.

All these factors combined in the name of corrective action only suggest that the intent is more indebtedness and lesser chances of any fact recovery of the economy. Generally, economies faced with such situations are treated to adjustments as well as incentives. In Pakistan, youth schemes or SME schemes are launched through the banking system halfheartedly. The prerogative of the markup adjustment remains with the bank. As the result, the aspiring poor businessman comes out of the exercise, more indebted to the banking system and its associated perils; like bad transaction history; future black listing as banking product client etc.

What is being witnessed full throttle is anything but a demolition campaign for the economy. It is a tragic truth of the Pakistani political landscape that a bewildered population is ruled by an elite which has no intimate connection with the everyday trials and tribulation of the people they rule. For that matter, it is sans for the political sense; not of the concern of the political elite to debate or oppose the corrective actions suggested by the donor agencies like IMF.

That state of affairs has worsened as Pakistan’s dependence upon the IMF has increased. A state of affairs, which is the outcome of the increasingly national security state nature of the state itself; trade and commerce being treated as a lesser priority and above all two parallel economies existing in Pakistan. One the informal sector aided by the agricultural nature of the economic landscape; the insurer of the food security. That food security also aids the formal sector represented by the urban rich, middle income and the poor with constant supplies for consumption as well as value addition.

The urbanization or rural-to-urban migration has helped swell the cities, where these urban centres are the vital factor for the key economic decision-making. What Pakistan has witnessed is that the formal sector has not created much export-led growth opportunities; the opportunities which could have eased the pressure on the strategic reserves.

In the absence of any economic growth factor; dependence upon foreign assistance from the IMF to run the state machinery; which is inefficient and classified as non-developmental expenditure, can only lead an economy into a vicious circle of poverty. Pakistan exports fail to take off; its revenue growth is dismal; however, its expenditures never show any signs of decreasing trends.

That situation automatically leads an economy to follow what the aid agencies dictate. Pakistan current economic suicidal run, despite the fact that the deep state, the incumbent and the IMF all talk nice things, is far from being nice.

Today, with no revolutionary vanguard party imaginative enough to make the most of the opportunity, the common man is being mercilessly pushed into the blind alley where revolt from the system, civil war and arson seem to be the only options. The economic question which touches every person of the country; be it soldier, government servant, trader etc…is too threatening to ignore in a single gaze.

As this article goes into print, the country already has the third jump from the POL rates registered two week ago. For the affording class it is too much to fathom; what to talk of the common person who was already marginalized to the limit.

Here one should not lose sight of the fact that the corrective measures as recommended by the IMF Have also taken a great toll on the small and medium sector ventures; the startups. With bumpy business flight for these startups; coupled with price adjustments every one week or so; the businesses are at risk of losing revenues and consequently shutting down their businesses, in the process contributing to the awaiting wave of unemployment.

With the economy in shambles; the social fabric and the political fabric both get a direct hit; especially 75 years after; when the romanticism of the new state has already evaporated; every party and arrangement tested; disillusionment on the rise.

It is a testing time for the society itself. How much pressure it can take on and disintegrate into a firefight and civil war. With the economy and society in downward stall, the centrifugal forces are governing the federating units, and other pressure groups get a fillip out of the emerging situation.

There is much talk about early elections and the presidential system of the government; but the main question is whether the state and the polity, besides the economy, has the strength to withhold the pressure now. Despite no hope from the time tested institutions and the political trends; the only silver lining which remains is that the fall is stopped by responsible persons as well as infrastructures.

The economy will need to be set up anew with a different social contract. We cannot deny the fact that our country’s relationship over SDRs is itself a big manifestation of “Saazish” claimed and disowned by all concerned. National consensus needs to be developed instead of apathy; failing which the patient cannot endure the intended corrective dosage.