Bal and the Turkic World

Iqbal was crucial in the close Pak-Turk ties 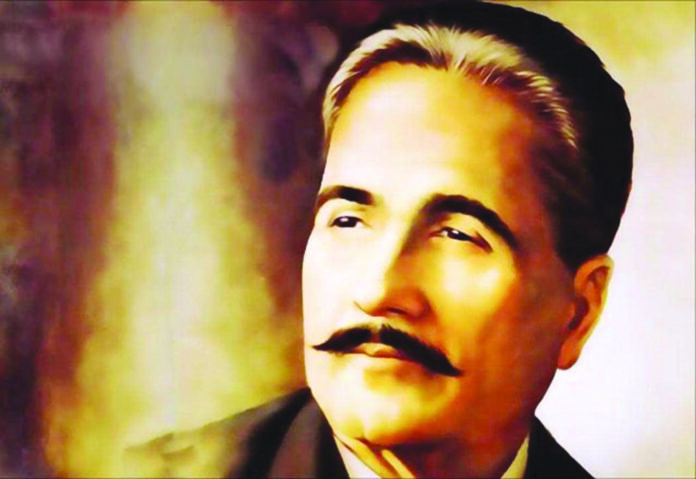 It is known that in the late 19th and early 20th centuries, the reformist movements had a significant impact on the spiritual and cultural development of the Muslim peoples of the East.In the Ottoman Empire, the period of reforms began with Tanzimat. Among the Turkic peoples in the Russian Empire, the process was called the “Jadid movement”. In Muslim countries such as Egypt, Iran and India, it became a reform movement of “Tajdid and Islah”. In this context, the great thinker Muhammad Iqbal was the leader of the national awakening of Indian Muslims at that time.

Today, special attention is paid to Iqbal’s works. Iqbal’s contribution to Islamic civilization, his poetry on freedom, his lyrical poetry, his views on the doctrine of the “perfect man” should be studied in comparison with Kazakh thinkers of the 19th and early 20th centuries. In particular, we believe that Iqbal’s acceptance of Yassavi’s Sufi teachings through Rumi, and his philosophical heritage, which began with Farabi, should be analyzed and widely studied

Although he was in India, Iqbal wrote about the unity and values of the Turkic-Muslim world through his poems. The poems of “Rumi of 20th century” on national liberation were in a similar spirit to the poems of Turkish poets such as Mehmet Akif Ersoy and Ziya Gokalp. It should be noted that Iqbal’s poems in support of the Ottoman Turks became the backbone of his anti-colonial poetry. Therefore, during World War I and the Turkish national liberation struggle, Indian Muslims sent financial aid to Türkiye. In particular, his poem “Martyr of Tripoli” published in 1911, caused a great reaction in the Ottoman Empire.

At the beginning of the 20th century, as many Muslim countries became more concerned about security, Pakistan’s founder, Muhammad Ali Jinnah, stressed the need to improve relations with Türkiye. Therefore, the Muslims of India intensified their support for the Republic of Türkiye. At the same time, the spiritual leader of India, Iqbal, also glorified the heroism of Mustafa Kemal Atatürk in his poems.

Following the example of Atatürk, Iqbal sought to give a new impetus to his nation. Along the way, he helped lay the foundations for a new state within the framework of democracy and social justice. Atatürk’s figure in Iqbal’s works was an example of the ideas of Indian Muslims. “Today, Türkiye is the only Muslim country that has woken up from a dogmatic slumber,” he said. “Among Muslim countries, only Türkiye sought the right to intellectual freedom. Only Türkiye has achieved the dreams.” Iqbal tried to present Atatürk’s reforms and heroism to Indian Muslimsagainst the British Empire. In 1922, he wrote a poem “Dedication to Kemal Pasha”.

Thus, Iqbal inspired his people with Atatürk’s victory in the struggle for national liberation in the struggle against British imperialism. Iqbal’s poems glorifying the victory of the Turks further strengthened the friendship between the people of Türkiye and Indian Muslims. And when the state of Pakistan was established in 1947, Türkiyewas one of the first countries to recognize and support it.

The spiritual ties that began with Atatürk and Iqbal gave a new impetus to the Turkic world and strengthened the brotherhood with Pakistan. At the beginning of the last century, a number of leaders from Turkestan took refuge in Pakistan and formed associations that continued the ideals of liberation, and published various publications. Examples include the Turkestan Association of Turkic Refugees and the bi-monthly “Tarjuman-e Afkar” magazine in Urdu and Turkish. On 22 October 1953, a meeting of the Turkistan Refugee Association was held in hono4r of Baimyrza Hayit at the Nigar Hotel in Karachi. Maulana Azam Hashmi, Secretary General of the Turkestan Refugee Association and editor of the Tarjuman-e Afkar magazine, who spoke at the meeting, said that since 1933, the Turkestan Press and Muhajir publishing houses, headquartered in Delhi, India, had been operating successfully and that there were about 2,500 Turkistan refugees in Pakistan.This was announced in the July 1952 issue of the German publication Milli Turkistan.

Therefore, there is reason to believe that the friendly relations established by Iqbal contributed to the support of the liberation movement of Turkistani people in Pakistan, which continued in different countries after the fall of the Turkistan autonomy.

It is also known that the Kazakhs, who fled to China under the Nationalist government in the 1930s and 1940s, crossed the Himalayas and reached via India to Türkiye. At that time, thousands of Kazakhs took refuge in Pakistan and survived. According to sources, the Kazakhs who came to Bhopal, India, called their camp “Kazakhabad”.

Against this background, it is important to know Iqbal and his legacy as this leads to the discovery of Pakistan. Generally, Iqbal’s legacy has been translated into many European languages as well as Eastern languages. In Pakistan, India, Great Britain, Canada and other countries, research institutions have been established to study his heritage. In Pakistan, Iqbal’s works, especially excerpts from his poetry, are included in school curricula. Academic dissertations have been defended in a number of countries around the world. In Lahore there is the Iqbal Academy, which studies the legacy of the poet-thinker.During our visit to Pakistan in December 2019, we made a special visit to Lahore, visited the academy and paid homage to the eternal home of the great thinker.

Today, special attention is paid to Iqbal’s works. Iqbal’s contribution to Islamic civilization, his poetry on freedom, his lyrical poetry, his views on the doctrine of the “perfect man” should be studied in comparison with Kazakh thinkers of the 19th and early 20th centuries. In particular, we believe that Iqbal’s acceptance of Yassavi’s Sufi teachings through Rumi, and his philosophical heritage, which began with Farabi, should be analyzed and widely studied.

In 2020, the Turkic Academy together with the Standing Committee on Science and Technology of the Organization of Islamic Cooperation (COMSTECH) organized the Global Al-Farabi Forum in the country of Iqbal. And on 26-27 May 2022, for the first time in Kazakhstan, the Iqbal Forum was held to promote the legacy of great thinkers. Coinciding with the 145th anniversary of Muhammad Iqbal, the forum brought together well-known scholars from Pakistan and other parts of the world. This initiative can be considered as a new milestone in the study of Iqbal’s legacy in Kazakhstan.