Is survival possible in contradictions?

Of loyalty depend on affiliation 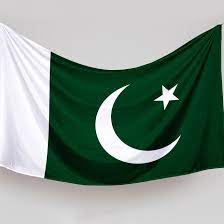 Who is loyal in Pakistan? Every individual, group, sect, community, political party, and institution has a certificate of loyalty with it. What that certificate reveals is very interesting. That is, loyalty is a privilege only for them and everyone else, be it a person, group, political party or any institution, is not loyal.

The most horrific aspect is that they even don’t hesitate in awarding certificates of loyalty to those they are in favour of and calling all their opponents disloyal.

In every sphere of life, this behaviour has taken over every person, group, sect, community and institution. In the name of loyalty, it is the contradictions that have spoiled social, political and religious transactions.

Let us look at some of these contradictions.

Every person who pretends to be religious, or is religious, considers himself the only one who has the right to be called a virtuous person and is bound to go to heaven while all others are sinful.

Similarly, every sect considers itself the sole representative of the religion and calls all others fake. What happens as a result is dreadful. Innocent people are killed, humiliated and degraded in the name of religion. And this gives courage to the perpetrators to use it as a weapon against their rivals.

And as a nation, we should realize that an individual or a society cannot survive in contradictions. The cure for the existing situation is that everybody should struggle to engulf the differences, remove the contradictions, and develop a society of peace, love, welfare, well-being and patience.

Several political parties are operating in Pakistan. Supporters of every party consider themselves loyal and all other traitors. When an electable is in their party, he is loyal and when he changes party he is a traitor. But interestingly when he again joins the party he becomes loyal again.

If a party wins the election, the elections are fair but when it loses, the elections are rigged and there is a foreign involvement in it. If a government goes to tjhe IMF, it is justifiable. It is for the betterment of the country. It is the need of the hour. But when any other party reaches the corridor of power and does the same then the sovereignty of the state is compromised.

When prices of goods are increased in one government’s tenure the supporters and representatives of the government term it as inevitable but when the same happens in the tenure of another government all those who termed it inevitable in their government call it a destructive measure and the cycle continues.

The current petrol price hike is one such example of many available. All those who were criticizing the petrol price increases in the past as failures of the government now present justification for its increase. It doesn’t matter who is in power, the focus should not be on criticism or its justification rather it should be on the identification of the reasons for the price hike and its solution. But, sadly it is not so.

If any government passes legislation related to the limits, scope, or media ethics, it is termed a curb on the freedom of speech but when those who criticized that legislation in the past come to power and pass any similar legislation, it becomes the need of the hour. Almost every legislation suffers the same fate.

The recent case of the use of EVMs and expatriates’ voting rights is one such example.

The PTI govt passed legislation for EVMs and voting rights for expatriates, but the opposition resisted. And both sides never said down to solve the problem.

Now, PDM is in power. And it scrapped the EVMs and i-voting law immediately to make sure the next elections are without the EVMs and i-voting. What will be its effect? The next general elections will be under serious allegations of rigging again. No party, except the winners, will accept the results and it will continue for another term. Both sides have a fair share of justifications for their acts. Had the two sides sat down to find the solution to the problem, we might have hoped for a transparent election in future.

Similarly, If a judgement of the court is in the favour of a party, the court is neutral. If another decision is against the same party, it is biased.

A peaceful protest is a constitutional right and anyone in Pakistan can enjoy that right.

The events that took place during PTI ‘Azadi March’ towards Islamabad present the sad reality that in the battle of loyalties, it is the innocent people who lose their lives.

In crackdowns, raids and uncontrolled shelling, a couple of PTI workers died and many got injured while a couple of security personnel also lost their lives and several got hurt.

Could those lives have been saved?

The families of the people from both sides who lost their lives might question whether their martyrs were loyal to the country? Has anyone answered? Maybe not.

Why is this behaviour spoiling us? And why is all this messed up?

It is because no one is ready to listen, give space, and integrate and communicate with others. This stage has not been reached immediately, but rather slowly and gradually it has paralyzed the society.

In the name of loyalty, it is contradictions, resentments, grudges and hate that are letting the system fall apart.

The only solution to this mess is in sitting together. And it has to be a top-down approach.

Those in charge of the affairs, those who lead have to set examples.

Take the example of political polarization in Pakistan nowadays. It is at its peak. Even the news of a friend killing his friend after a political debate has been heard. It is now toxic polarization. And this toxic polarization can be healed by leaders of political parties when they will sit together and listen to others. When the opposition will credit the government for its positive steps and make them accountable for their wrong acts.

And when the government will listen to the opposition and hear its voice. And when all parties and institutions will cooperate in matters of national interest. We are living in contradictions. Our peaceful society has fallen into contradictions.

And as a nation, we should realize that an individual or a society cannot survive in contradictions. The cure for the existing situation is that everybody should struggle to engulf the differences, remove the contradictions, and develop a society of peace, love, welfare, well-being and patience.

February 5, 2023
ISLAMABAD: The government of Pakistan Democratic Movement (PDM) is considering new measures to curb the defamation of state institutions, including the judiciary and military,...