Power of the written word

The pen is mightier than the sword 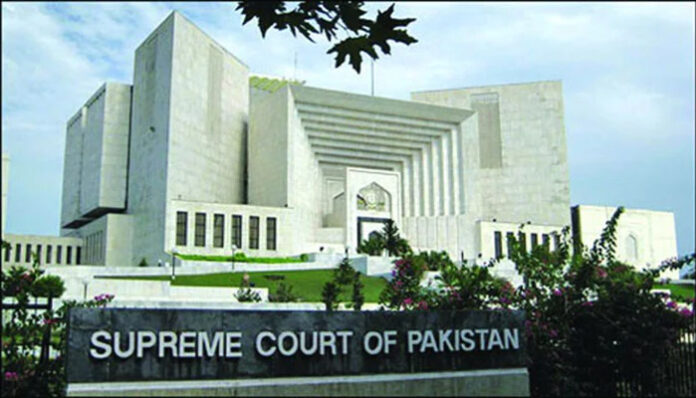 Recently the Supreme Court of Pakistan took suo motu notice of the mass transfers being carried out in the Federal Investigation Agency (FIA). An officer of the agency handed over a handwritten note to one of the Judges highlighting details of the clandestine moves of the present rulers to escape conviction.

The Judge promptly forwarded the concern of the investigator to the Chief Justice of Pakistan. Finally, the court ordered a complete freeze on future postings and transfers within the agency. Earlier the news of the sudden death of Dr Rizwan, who had investigated the money laundering activities of Shehbaz Sharif and his son Hamza Shehbaz came as a shock.

A simple handwritten note got the job done, ans thus it clearly established the power of the written word.

There is a world of difference between the written and the verbal words. What is penned down on paper cannot be ignored as it constitutes a record which can then be used as evidence against executive abuse or foul play.

My late father Nazir Ahmed Malik, the worker of the Pakistan Movement, took documentation and paper work very seriously. Perhaps it was the outcome of the training imparted by the father of the nation Quaid-e-Azam Muhammad Ali Jinnah, the most brilliant lawyer of his times. Recently I had the chance to glance through the invaluable Jinnah Papers painfully put together by Dr Zawar Hussain Zaidi, the great historian. My old man always made it a point to put all his complaints and concerns in writing. He had a Hermes typewriter that was extensively used by him. This was before the advent of the computer and printers.

Power of the pen should never be underestimated. It is the written word that can make a real difference. As the English language is widely used for official work, there is a serious communication barrier that needs to be addressed. I remember in the past outside every public office there used to be a person available to write letters or fill forms/complaints. As official work is conducted on paper its importance cannot be ignored. For meaningful impact the written word is the best way forward to contain all kinds of abuses and foul play.

When I finished schooling, I was sent to a typing school to develop the skills of putting my thoughts on paper in an organized manner. Since then, there has been no turning back, and it has become a way of life. During the days of student politics, I always carried the paper and the pen to record and report events as and when they took place which was always a huge advantage over the opposition which was mostly dis-organized or ill-prepared.

After paperwork came ‘ Courage and Stamina ‘ to stand firm and fight it out till the last ball in the words of Imran Khan who is currently leading a great movement. It was an outstanding generation that was born as subjects but had developed the vision of freedom. Imran Khan often talks about his father Ikramullah Niazi another fine individual who had the courage to stand up to the onslaughts of the then Governor Amir Muhammad Khan, finally taking early retirement from government service to start his own engineering consultancy business. Fight back in life always results in unbelievable dividends for which the written word plays an important role.

In my own professional journey, I have always relied on the power of the pen. There are several encounters to mention but a few stand out. In the 1990S my friend and fellow Comrade Pervez Saleh as Chairman Pakistan Literacy Commission tasked me to launch a project of opening Non-Formal Basic Education centres in Punjab. Under the programme about 7000 such home schools were established. Teachers were trained and then handed over a set of books, a blackboard and desk to start the crusade of knowledge in their respective neighbourhoods.

As there was no brick or mortar involved the curriculum was the most expensive item for which the implementing NGOs wanted control. A meeting was called by the then Secretary Education in which it was decided that every NGO will have the option of using their own books. When I was informed of this ill-fated decision of the bureaucracy, I decided to write a detailed note about the implications of this approach.

I went with my written concerns and personally handed them over to the know-all Secretary Sahib. On reading my clearly worded objections the bureaucracy caved in. Bureaucrats by design are very protective of their current and future job prospects. File and paperwork is their strength. If taken on through the written word they first avoid but then have to respond. The colonists had introduced a very effective Diary System to track all official correspondence which has now been deliberately disrupted.

Power of the pen should never be underestimated. It is the written word that can make a real difference. As the English language is widely used for official work, there is a serious communication barrier that needs to be addressed. I remember in the past outside every public office there used to be a person available to write letters or fill forms/complaints. As official work is conducted on paper its importance cannot be ignored. For meaningful impact the written word is the best way forward to contain all kinds of abuses and foul play.