China is a friend not foe

How long can China ignore its security concerns? 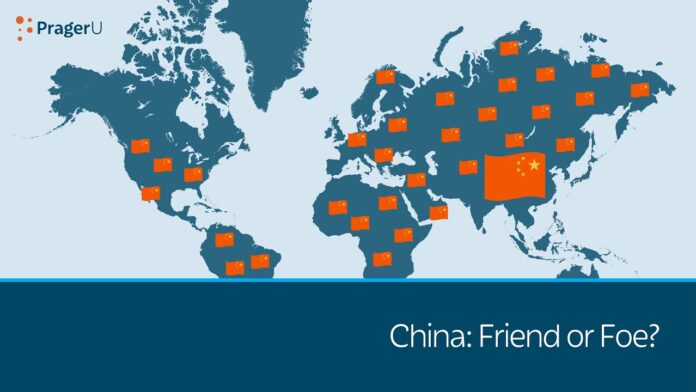 The diplomatic history of China and Pakistan is full of exemplary agreements and events. The people-to-people contact was also started with its full zeal, but suddenly Chinese nationals and interests are being targeted by Balochistan’s ethno-nationalist militant organizations.

Balochistan Liberation Army (BLA) is one of the most active ethno-nationalist militant organizations of the province, which is fighting against the Pakistani government for greater regional autonomy for the province of Balochistan. It is one of the brutal militant organizations which targets ethnic Punjabis, Hazara, Sindhi, and now Chinese nationals who are working for the development of Balochistan.

Fearing for their safety, many teachers—particularly ethnic Punjabis and Shiite Muslims and other targeted minorities and now Chinese nationals—have sought leave or transfers, further burdening what is already the struggling educational system in Pakistan. The recent terrorist attack of BLA at Karachi University that resulted in the deaths of three Chinese nationals is also a part of its inhuman philosophy.

In an online statement, BLA declared that the suicide bombing intentionally targeted Chinese nationals at University of Karachi “to give a clear message to China that its direct or indirect presence in Balochistan will not be tolerated.” Some analysts believe that the use of suicide bombings and the involvement of women in them by the BLA is a relatively new tactic for the group.

Apart from BLA, several other Pakistani ethno-nationalist and religious militant groups have attempted to actively attack Chinese nationals and interests in Pakistan. Last year, Nong Rong, the Chinese Ambassador to Pakistan, escaped from a targeted bombing in a Quetta hotel which was carried out by the Tehrik-i-Taliban Pakistan (TTP). In June 2017, two Chinese nationals were abducted in Quetta, and later killed by the Islamic State.

If Beijing has a vested interest in Pakistan or in the region, it is common for each state to carry its interests. If we compare China with the USA, we can easily understand the intentions and development projections. It’s time to stand with our all-weather friend and recognize our foes

I believe this trend will increase in the coming times as China economically entrench in Pakistan and explore deepening security cooperation which will give an open challenge to the USA which has withdrawn from Afghanistan and has created a volatile security situation in the region. India will never see Pakistan in a good position. Indeed, some external organizations are supporting BLA- and TTP-like militant groups to target China in Pakistan.

Pakistan is one of the most enthusiastic member allies in China’s motivated foreign policy project, the Belt and Road Initiative (BRI), of which the China Pakistan Economic Corridor (CPEC) is a cornerstone. It is more about deepening China-Pakistan friendship.

CPEC offers long-term development projects in infrastructure, energy, education, and security. In 2020, the two countries signed an agreement to increase defense cooperation between the Chinese People’s Liberation Army and Pakistani military. In 2021, both countries announced deeper counterterrorism cooperation. But, increasing target-killing of Chinese nationals in Pakistan has raised security concerns for China.

The continuous targeting of Chinese nationals and interests in Pakistan will demonstrate anxieties about Chinese engagement and human security risks. At the moment, the Chinese Communist Party has trust and understanding with Pakistan and  deepening economic and security ties, but how long will it sustain such a situation?

No doubt, Sino-Pak friendship has always been an eyesore for India and now for the USA. Both have continuously been trying to disturb the economic and security cooperation between the two all-weather friends. CPEC has added fuel to the fire, especially for India. Therefore it is trying to sabotage CPEC through its malicious activities and hatching conspiracies to destabilize Pakistan by all means available, including its proxies operating in Balochistan.

The logic behind foreign interference in Balochistan is due to its geo-strategic and geo-economic importance. The development of Gwadar port is changing the dynamics of political and geo-economic environments of regional and international powers. They are trying their best to prevent the development of Gwadar port (Balochistan) to protect their own interests.

No one can deny that deepening relations between China and Pakistan help Beijing’s geo-political and geo-economic goals in the region, which may be stretching from reinforcing its traditional alignment with Pakistan against India, which is clear to all. This mutual understanding is based on win-win position – without any interference and proxies.

We as a nation have to understand that China is our friend not foe. If Beijing has a vested interest in Pakistan or in the region, it is common for each state to carry its interests. If we compare China with the USA, we can easily understand the intentions and development projections. It’s time to stand with our all-weather friend and recognize our foes.