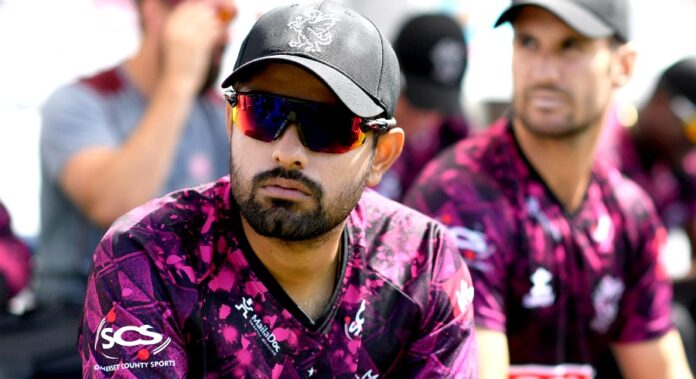 Pakistan captain Babar Azam has been chosen as Somerset’s best-ever T20 cricketer in a fan survey done in the lead-up to the 2022 T20 Blast by the franchise’s supporters.

The right-handed batsman represented Somerset in the 2020 edition of the tournament and accumulated 218 runs in seven innings at an average of 36.33 which also included his career-best 114 runs innings off 62 deliveries.

It is worth pointing out that Babar Azam reached the landmark of 5000 runs in T20 cricket while wearing the Somerset kit, becoming the third-fastest man to get there after Chris Gayle and Shaun Marsh.

Through the past 20 seasons of T20 cricket, cricket fans in England and Wales have had the opportunity to see some of the best players in the world.

Babar Azam is not participating in this year’s T20 Blast for Somerset due to national duty as he will lead the national side in the three-match ODI series against West Indies at home.

The Pakistan captain was among the most expensive players in the draft for The Hundred this summer, but he decided not to be a part of the tournament due to personal reasons.