A bad law is no law 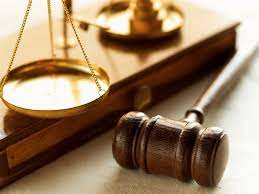 Law is order, and good law is good order. A good law is a law only by virtue of its being based on a right reason; and developed in the right context; and only if it embodies the right detail. The Latin maxim “Lex malla, Lex nulla”, meaning “A bad law is No law”, rightly places the emphasis on the need for eschewing bad laws.

As far as a piece of legislation deviates from the right deductive reasoning, it’s a sham. Penning down my concerns today are the laws in the realm of environment management and climate change.

Pakistan’s vulnerability to adverse impacts of climate change are well established and widely recognized. Our cities get cited among the world’s most polluted; smog has become a household term; and environmental bummers are a routine occurrence. As reported in the press, April 2022 turned out to be the hottest month here in the last 61 years. The melting of the Shishper Glacier in Gilgit-Baltistan a few days ago is the latest incident to raise eyebrows. Already a water-stressed nation, we are projected to have an emergency on our hands as the Indus and its tributaries gradually dry up.

It will be no surprise if we hear more and more cataclysmic episodes in the coming days and months. The question is what damage control measures we have taken?  how good is the legal superstructure? Have we prepared ourselves beyond the lip service? What is the Pakistan Climate Change Act, 2017, not long ago trumpeted as the magnum opus on climate change, good for? How good are a plethora of other laws on the subject? Or does the maxim “the more corrupt the state, the more numerous the laws” hold good for us? Do we need to reset the clock and strive to change?

Till early 2010, the Pakistan Environment Protection Act (PEPA), 1997 was the principal legislation to control pollution with its jurisdiction extending to the whole of the country. Consequent to the 18th constitutional Amendment, the provinces enacted their own environmental laws, primarily by provincializing the federal Act. The provinces therefore became responsible to execute pollution control activities within their respective ambits.

These laws provide a comprehensive legal framework to regulate undesirable emissions that cause climate change. Meeting international obligations and commitments is a federal subject owing to provisions of the federal legislative list. Section 31 of PEPA, 1997 empowers Pakistan Environmental Protection Agency (Pak-EPA) to make rules for implementing the provisions of the international environmental agreements. Section 6(1-t), PEPA, 1997 empowers Pak-EPA to take or cause to be taken all necessary measures for the protection, conservation and rehabilitation and improvement of the environment, prevention and control of pollution and promotion of sustainable development. Section (1-h) empowers Pak-EPA to coordinate environmental policies and programs nationally and internationally. Section 2(X-b) defines the environment to include all layers of the atmosphere, and consequently empowers Pak-EPA to take or cause to take any measure that tends to reduce greenhouse gas (GHG) emission in the atmosphere from any source; Section 2(X-3) includes all living organic or inorganic matter and living organisms. These together with many other similar provisions in the Act that Pak-EPA is squarely mandated to take all necessary actions to regulate climate change.

Comes next another law directly related to regulating climate change. Known as the National Energy Efficiency and Conservation Act, 2016, which covers all energy consuming sectors of the economy and extends to all areas of the country. That most GHG emissions are a fallout of inefficient conventional energy usage is an indisputable fact. Every action visualized to be taken under this Act is either a mitigation or an adaptation measure on climate change. Having drafted the initial bill in 2001, I for sure know the intent behind the law and the nexus it had with climate change activities. Other than this, the NEPRA Act 2001, and the OGRA Act 2015, contain sufficient provisions for climate change actions by defining performance standards and efficiency benchmarks for the two predominant contributors to climate change emissions, that is, the power and natural gas sectors.  A host of other statutes, authorities and entities in the realm of water, sanitation, agriculture, disaster management, green financing and development sectors are on the ground across the country to deal with issues related to climate change.

Nothing on climate change will change without having a sensibly revisited and re-enacted legal regime by eradicating superfluities, by redefining the role and the functions of the concerned institutions; by capacity construction of relevant formations of climate change; by human resource transformation and by ensuring that legislation already in place is superseded with new legislation or holistically amended and practised meaningfully.

On the heels of the above lows, came the Pakistan Climate Change Act 2017, entry 32 in schedule IV of the Constitution supposedly being the raison d’être for the Act. The Act calls for creating another Authority to be called the Pakistan Climate Change Authority (PCCA). Needless to point out that no Authority around the world can exist without being vested with a whole range of powers and without being supported by inbuilt enforcement mechanisms. They draw strength from powers intrinsically available to them through the relevant Act. They can create, harmonize and enforce standards; they have powers to create performance benchmarks; they have powers of licensing, establishing testing protocols, and carrying out audits and assessment; they have powers for enforcing best practices and implementation of specific action plans; They have powers to retrieve data, issue summons and raid the suspected entities which flout the mandatory benchmarks; they have powers for instituting incentives and punishments, creating registration and certification regimes, and/or designing tariff structures; they have powers for initiating fiscal, financial, technological and policy initiatives, initiating demonstration programmes, initiating training, information dissemination and outreach programs; initiating research and development and initiating technology transfer endeavours, among others.

The proposed Authority to be established in the aftermath of the Act is unique in the sense that it is vested with none of the functions or powers that are vested in a regulatory authority; It has no enforcement mechanism built into it to regulate climate change; it relies not on its own strength but is dependent only on statutes already in place; it has no responsibility which by virtue of rules of business not already vested in a full-fledged parent Ministry of Climate Change, or in its specialized wings, its attached departments, or to other regulatory authorities and other related federal and provincial and local set-ups; and it has no regulatory status to set standards and enforce their implementation.

See what this Act has done. It did nothing on ground and also provided Pak-EPA and other agencies a great subterfuge for evading their responsibilities and being accountable for climate change inaction. Isn’t this Act therefore an absolute redundancy?  Yes, it is. We need either the Pak – EPA or the PCCA. That the existing institutions fail to meet the desired level of performance requires a different remedy than creating another redundancy. We need to redefine the role and functions of institutions by amending the existing laws. We need to structure the relevant institutions in a way that climate change concerns can be addressed. Other than its co-extensiveness with other laws, the Climate Change Act has serious questions with respect to its governance structure, with respect to the constitutional context for project execution; with respect to the effectiveness of its implementation; with respect to its excessive political demeanour; and with respect to its executive domain. Not that the people at the helm of affairs were not aware of these realities. Yet every one chose to be quiet in the hope of reaping a harvest in a new set up. Creating new organizations is exciting both for the political governments and the bureaucracy alike. They all have personal ends to meet through such interventions.

No Act is self- executory. Five years down the line, the Climate Change Act is yet to be put into operation. Yes, it was never an exercisable option. Luckily, someone down the line understands the PCCA is not a workable piece of legislation. it is a good time to look into the Act for its deficits and find corrective actions. Why support this surplusage, without knuckling down to a holistic determination as to its need and essence. Please don’t come up with a bunch of gobbledygook to defend a superfluity.

Nothing on climate change will change without having a sensibly revisited and re-enacted legal regime by eradicating superfluities, by redefining the role and the functions of the concerned institutions; by capacity construction of relevant formations of climate change; by human resource transformation and by ensuring that legislation already in place is superseded with new legislation or holistically amended and practised meaningfully.

K. M. Zubair
The author is an Advocate of the High Court, and a Management Consultant. He Can be reached at [email protected]