Ukraine’s mistake was giving up its nuclear weapons

Pakistan faces the same choice over its nuclear weapons 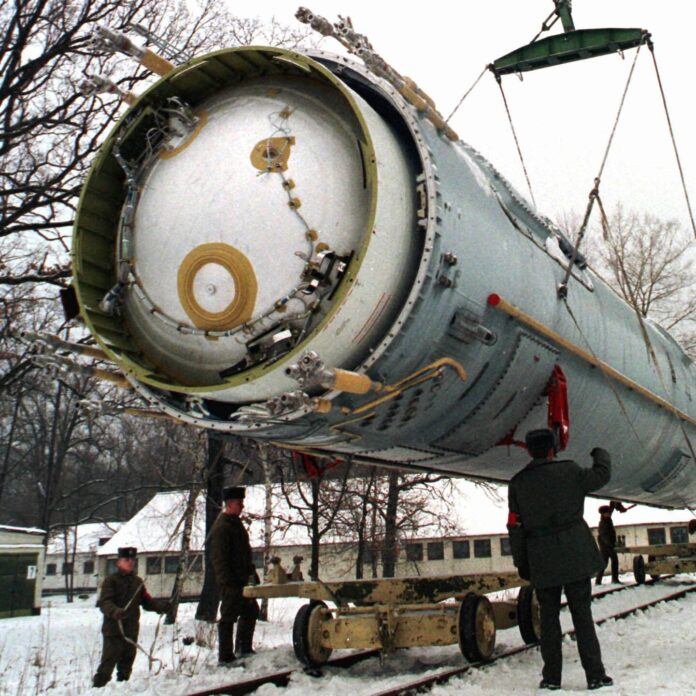 National security is a big problem for any country. Every country wants to protect itself from others. To assure the5r defence, they get weapons, train soldiers, and make allies. Many countries have intelligence agencies to further ensure their defence. But who knew that having nuclear weapons would be required for survival as well.

In the early 1990s, Ukraine had the third biggest arsenal of nuclear weapons after the collapse of the USSR, but in 1994, Ukraine was forced to give up its nuclear arsenal in an agreement called the Treaty on the Non- Proliferation of Nuclear Weapons.

Ukraine was guaranteed that it would be protected so it handed over all its nuclear weapons to Russia in 1996 under the Budapest memorandum.  Russia had promised that it would not attack Ukraine if it gave up its nuclear weapons. The USA and the European Union also guaranteed Ukraine that in case anything went wrong, they would come for its defence. And today, none of them kept their promise. Russia invaded Ukraine despite the agreement and other countries did nothing to defend Ukraine other than making official statements. So giving up nuclear weapons was a bad idea?

Before the advent of atomic weapons, it was all about resources. The more the money a country had, the more weapons and ammunition it had. Rich countries like the USA, UK, France, and the USSR were the most powerful in that regard because they had enormous budgets to buy these weapons. The rest of the world did not even bother to compete with these countries for power as they had no resources to outnumber the weapons and personnel these advanced countries had. In fact not only they had the most weapons, but they also were the manufacturers of these weapons themselves. Weak countries could only buy these weapons for their defence from each other.

Till the 1940s, the USA enjoyed the status of being the most powerful country that no one can dare to mess with. But the White House’s striving for more power continued. 1n 1945, the USA conducted nuclear tests in the New Mexican desert and became the first nuclear power of the world. It was the most powerful weapon of the world, but somehow, other rivals of the USA were not aware of the potential damage that this technology could cause. In order to show the impact of nuclear weapons to the Soviet authorities, the USA dropped two bombs on Japan within the same year that caused massive destruction in Hiroshima and Nagasaki, killing more than 200,000 people.

Pakistan was under this pressure too but it did not give up. Today Pakistan is a nuclear power. It might be having severe issues but we have a guarantee that we are safe. Despite having a chaotic economy and being in political crisis, no country will dare to mess with it due to its nuclear status

The destruction was drastic and the USSR realized that this new technology can easily upset the balance regarding armaments management because no matter how many weapons a country had, it coud not beat a nuclear bomb. Till today there is no technology that can save a country from a nuclear attack. Thus the USSR In 1949, conducted nuclear tests and became the second nuclear power.

In the 20th century, having nuclear weapons became a status symbol. Every advanced country had to get nuclear weapons in order to be considered powerful. In 1952, the UK became a nuclear power while France did in 1960. China was the 5th country to test a nuclear weapon in 1964 while India joined the club in 1974. Since India was keeping a destructive technology, it was necessary for Pakistan to have nuclear weapons as well. Former Prime Minister Zulfiqar Ali Bhutto opened the first nuclear plant near Karachi in his tenure, however, the first test was conducted in 1998 under the leadership of former Prime Minister Nawaz Sharif despite severe pressure from the USA. Of course Pakistan was urged to give up its nuclear defence programme and it was not the only country that faced this. Ukraine went through the same pressure.

However, Ukraine was too optimistic. It hoped it would never need nuclear weapons so it destroyed them but two decades later, it is regretting it. If Ukraine had taken a stand for its national security, Russia would not dare to invade it. A country might not need nuclear weapons to use, but it does need the nukes to make sure that other countries think twice before invading it.

Pakistan was under this pressure too but it did not give up. Today Pakistan is a nuclear power. It might be having severe issues but we have a guarantee that we are safe. Despite having a chaotic economy and being in political crisis, no country will dare to mess with it due to its nuclear status. Like Ukraine, it has a much larger, nuclear-armed neighbour to its East.

Rubab Zahra Malik
The writer is a freelance columnist