India never really got along with the Taliban 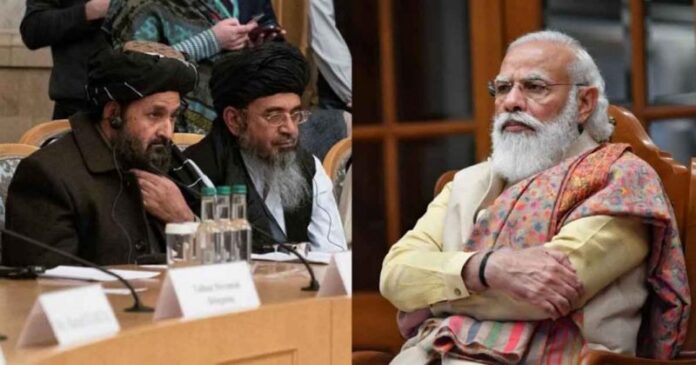 From time immemorial till the present, India maintained a cordial relation and good understanding with Afghanistan in the interest of the region as well as the country itself, except, when it was under the brutal rule of the Taliban (1996-2001), and just after the end of their rule, resumed its diplomatic relation with Kabul and gave the country a significant amount of aid and assistance to rebuild the war-torn Kabul in a better way.

In later years, India provided $650-750 million in humanitarian and economic aid, and became the largest regional provider of aid to Afghanistan. Indian help and support were aimed at rebuilding air links, power plants, investing in the health and education sectors and training Afghan civil servants, diplomats and police as well as developing supply lines of electricity, oil and natural gas.

\Further, as a part of humanitarian mission, New Delhi also established field clinics and children’s hospitals and in another programme provided mid-day meals to school students. In an important decision the Government of India provided in 2009 for 700 Afghan students and Afghan public servants to be granted access to government training institutions in India for courses ranging from a few days to six months.

Earlier, to strengthen Afghanistan diplomatically, India proposed it in 2005 for membership of the South Asian Association for Regional Co-operation (SAARC) and in 2007, two years later, Kabul was made a cmember of this new regional organization, made to enhance co-operation among South Asian countries.

In a very cordial and co-operative atmosphere, the President of Afghan Hamid Karzai visited New Delhi in August 2008 and discussed issues of mutual interest, concerning the two countries. It was the time when Afghanistan considered India as its “brother country” and Karzai described the relationship between the two as one which no enemy can hamper.

In a major breakthrough the two countries signed three Memorandums of Understanding (MoUs) for strengthening cooperation in the fields of rural development, education and standardization between the Bureau of Indian Standards (BIS) and Afghan Standardization Authority, when in April 2006, Hamid Karzai, the president of Afghanistan came to New Delhi. A further agreement was signed between 29 June-1 July 2006 during the visit of Afghan’s Foreign Minister Rangin Dadfar Spanta, which provided $50 million to promote bilateral businesses between Afghanistan and India.

The same year, New Delhi raised its aid package to Kabul by $150 million to $750 million. Working on a major road project, the Indian Army’s Border Roads Organisation constructed a significant road in 2009 in the remote Afghan province OF Nimroz, connecting Delaram to Zaranj.

The said road made available a viable alternative route for the duty-free movement of goods through the Chabahar port in Iran to Afghanistan. It was also important from the strategic points of view as it would bypass Pakistan and help reduce Afghan’s economic dependence on Pakistan. It is A 217-kilometre highway or Route 606 in southern Afghanistan completed in August 2009.

The road construction work in Afghanistan has been a prominent component of India’s policy and in preceding eight years, beginning from 2001, with New Delhi’s aid over 700 kilometres of roads have been built, in addition to the hallmark project of Indian aid effort costing $125 million which made possible the grand preparation of the Afghan Parliament, completed around 2011-12. In this phase, Afghanistan especially approached India in terms of persisting tension with Pakistan with whose support and help the existence of the Taliban is not being undermined, but getting stronger day by day. On the other hand, it has also been a continued policy of India to have a close contact with countries of the region like Afghanistan, Bhutan and Iran to bolster its standing as a regional power and contain its both rivals, China and Pakistan, who are responsible for spreading and promoting terrorism and Islamic militias in Jammu and Kashmir and other parts of India.

As a result, a parallel system backed by Pakistan and pro-Taliban forces as forerunners emerged as a potent force in the country fighting against the strength of Afghan government and US army living in Afghanistan. In line, Indian embassy was attacked in 2008 and 2009 by suicide car bomb and car bomb respectively, it however, had no effect on Indian government as it continued to describe the organization as anti-public and anti-democratic.

Founded in 1994, the Taliban are a Deobandi-Pashtun Islamic fundamentalist, militant Islamist, and Jihadist political movement in Afghanistan wh6 after two years of struggle and taking advantage of the chaos, instability and worst law and order situation, assumed power in 1996 and formed the government, which lasted till December 2001. It was replaced by the forces of Northern Alliance under the leadership of the USA as a result of two months of intensive and exhaustive war, beginning in September 2001. The war fully destroyed the Taliban’s power in Afghanistan and an interim government was formed under Hamid Karzai, considered as the puppet government of the USA. With this development Taliban decided to launch and continue a proxy war/insurgency against the US-backed Karzai government as well as NATO-led International Security Assistance Force (ISAF) and most of its members left Afghanistan to take shelter in Pakistan where they were free to organise themselves and continue terror activities. They formed a Council of Leaders in the city of Quetta and soon gained strength there to establish an office in the year 2012. Gradually, Taliban became very powerful and in May 2021 again launched a decisive military offensive as by capturing most areas of Afghanistan including Kabul and second time formed government in August 2021. In th whole period India never liked and considered Taliban a viable political force to talk with and always supported US-backed Afghan government and helped a lot to make Afghanistan a strong, democratic nation in the region.

With the Taliban becoming strong and powerful and number of its volunteers increased, it began attacking Indian people and government buildings/other establishments, especially, since its sheltering in Pakistan and help of ISI, a continued tirade started against the pro-Afghan elements in the country and India was one of them. In Afghanistan, Islamabad was active when pro-Taliban forces were defeated in November 2001and there onwards, the ISI heavily became engaged in retreating the pro-Taliban elements including the forces desirous to fight against anti-Taliban and years after the defeat, Taliban showed signs of its comeback and in May-Jitne, when it announced its readiness to launch guerilla war to expel the US forces from Afghanistan.

As a result, a parallel system backed by Pakistan and pro-Taliban forces as forerunners emerged as a potent force in the country fighting against the strength of Afghan government and US army living in Afghanistan. In line, Indian embassy was attacked in 2008 and 2009 by suicide car bomb and car bomb respectively, it however, had no effect on Indian government as it continued to describe the organization as anti-public and anti-democratic.