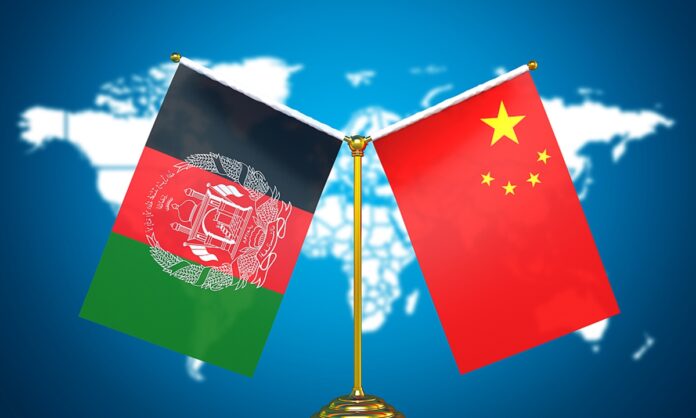 Thousands of years ago, during the reign of Han dynasty, the second imperial dynasty of China, both China and Afghanistan came closer in ways more than one and at the time, established Chinese control over some parts of northern Afghanistan. Even at the time Afghanistan became essential for Chinese wellness because it covered a significant part of a series of trade routes, popularly known as ‘Silk Road’ which intertwined their way through Europe, Central Asia, Persia to China to facilitate exchanges of trade, commerce, culture, and knowledge approximately between 130 BC and 1453 AD. This road was mainly famous for silk textile industry of which China was exclusive supplier and it covered, for almost one-and -half millennium, the major regions of the world. Later, to protect the road the Han dynasty set-up the Protectorate of Western Regions for the smooth running of trade and other supplies through Central Asia. The period is also known for spread of Buddhism in China and in the 2nd BC the first Buddhist reached China and converted the first Chinese to Buddhism. Since then several Chinese monks and Buddhists visited each other’s country and Buddhist sites of Afghanistan like Balkh and Buddhas of Bamyan became attracted many Chinese visitors. In line, in 605 AD, emissaries from Afghanistan arrived the capital of the country to have a greater rights to trade with China and it continued during the reign of Tang dynasty established in 618 AD when several cities of Afghanistan and its surroundings became its protectorates. It was the powerful dynasty of China and according to Indian historian K.P.S. Menon the Chinese performed well by sending a large army of one lakh who passed up to the Pamirs from Kashgar and crossed Afghanistan to occupied Hunza Valley under the Tang General Gao Xianzhi.

Relations under Tang and Mongol

The Tang dynasty which ruled China from 618 to 907 AD, except between 690 and 705, cleared many of the obstacles pending in the way of silk road and pave the routes to reach in West and extreme Western part of the globe by using military means and expand country’s power and influence. In the 7th and first half of the 8th century, the Tang dynasty achieved its zenith of power and extended well in the West than other dynasties, spanning from north Vietnam in the south, to a point north of Kashmir bordering Persia in the West, to northern Korea in the north- east. In this period, Herat in Western Afghanistan remained under Protectorate General who was also given the power to handle local crises without waiting for an order from above. Many Chinese still have faith that this phase was the golden period of Chinese history when trade flourished along the silk road between Afghanistan and China. It involved mainly trade of fruit and tea via caravans through Xinjiang and the Wakhan Corridor on the border between the two countries. Especially for Buddhist monks this silk road proved a convenient medium for transmission of Buddhism to China in early years and in afterwards. Likewise, the Mongol Empire of China which spanned a large part of territory, was established after a long war with Jurchen rulers of Jin dynasty in Manchuria and north China. The war between them started in 1211, lasted over 23 years, and ended with the defeat of Jin dynasty by the Mongols in 1234. As such the Mongol empire of the 13th and 14th centuries were the largest collection of land empire in history from Mongolia in East Asia to parts of Eastern Europe which emerged as a result of the unification of several nomadic tribes in the Mongol homeland under the leadership of Genghis Khan who ruled between 1162- 1227 and connected the East with the West, and the Pacific to the Mediterranean.

Earlier to the emergence of tension between China and Afghan, in July 1747, Pashtu tribe chief Ahmed Shadu Lanni, established the famous Durrani Empire of Afghanistan which became the predecessor of the modern Afghan nation-state as he conquered vast areas of territories including Khorasan in the west, Kashmir in the east, the Amu Darya in the north, and Indus River basin in the south. On the other hand, in its 24th year of Qianlong, in 1759, the army of Qing defeated the Junggar forces after years of bitter fighting, put down the large and small Hezhuo rebellion, and completed the unification of the north and south of Tianshan and once again power extended to the Pamirs, while the powerful Durrani empire of Afghanistan was also reaching the Pamirs. In fact, the Durrani empire after coming to power before and after 1751, launched another expedition and returned back Badak Mountain and Hindu Kush to Other tribal regimes in the north, surrendered and extended their ruling power to the southwestern Pamirs, and by the time Badak surrendered to the Durrani Empire, the Qing army also reached to the Pamirs in 1759 and they both encountered first in the region. As the Qing dynasty reached Badak Mountain, it posed a threat and tension to the Central Asia and Turkistan along with various Muslim leaders, although China’s relations with Afghanistan was cold and normal, the Muslim rulers of the region asked Durrani ruler to protect the area from an attack by “non-believers”.

In succeeding decades and years, both remained conscious and alert towards each other but the Qing dynasty of China refused to intervene when Durrani Emperor attacked Badak Mountain and in afterwards, especially after the fall of Surtansha regime.

However, due to reasons of their own, both the Qing empire of China and Durrani empire of Afghanistan were not in a position to carry over the tension of imminent war between the two and as a solution, Ahmad Shah of Afghanistan sent a letter to Qing court and demanded a withdrawal from the Muslim territories. His mood also changed a year later when in 1763 he sent an envoy with gift of four splendid horses to the emperor but the messenger failed to make a good impression because he refused to bow to the emperor, as per Chinese tradition as a mark of respect. With this development the Qing court viewed Afghan as troublemaker and discouraged Ahmad Shas from sending more envoys in future. At the time both emperors avoided conflicts and carefully maintained peace without any wish to establish and develop official relationships. In succeeding decades and years, both remained conscious and alert towards each other but the Qing dynasty of China refused to intervene when Durrani Emperor attacked Badak Mountain and in afterwards, especially after the fall of Surtansha regime, Kabul replaced Qing dynasty in power and influence in the region Central Asia. After the death of Ahmad Shah, the founder, and the invasion of Russia and Britain, eventually it became a British sphere of influence in 1878.