Once again, people insist their party is right 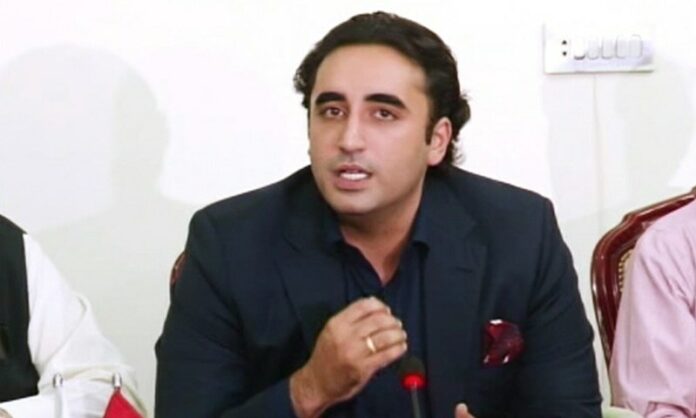 PPP chairman Bilawal Bhutto Zardari in his speech after the success of the no-trust motion happily and jubilantly, with a sigh of relief, advised the youth to follow their dreams as “dreams do come true”.  The ex-Prime Minister Imran Khan on the other hand had vowed to fight till the last ball and promised a surprise. And, in doing so he almost plunged the country into a constitutional crisis in which the Supreme Court had to intervene.

The surprise given by the PTI government was an attempt to go to the public for a fresh mandate. While the driving force behind that decision of dissolving the National Assembly was to avoid the vote of no-confidence, which the PTI government claimed was backed by the foreign elements for a regime change in Pakistan. This sums up the current political chaos in the country.

Some legal jurists and academics in Pakistan are lauding the Supreme Court’s decision as the “Doctrine of necessity” did not prevail in this case and it was buried by the Supreme Court forever.

The joint opposition also enjoyed the decision as it was in their favour as well. The PTI government also accepted the decision but with resentment as they believed that their case was not taken up properly by the Supreme Court and the ruling was not just.

Lastly, the public is extremely polarized now. It is PTI Vs the rest. The recent crisis seems like a battle of narratives. For PDM, they have toppled a selected government and for the PTI, the PDM has come to power on the back of a foreign power.

Before the ruling of the Supreme Court, the opposition and the government had different expectations. The opposition wanted the Supreme Court to make a decision quickly and expressed that “justice delayed is justice denied”. While the ranks among the PTI government expressed their reservations about the hastiness with which the case was solved by expressing that “justice hurried is justice buried”.

The question that arises here is that given the stance of the former PTI government that the USA was behind the no-trust motion and it wanted a regime change in Pakistan, Could the honourable Supreme court have prevented the ongoing confusion?

Currently, there are two types of thoughts prevailing in Pakistan. A) The USA was behind this move, and the opposition and institutions supported their cause. B) Incompetent and selected government has been removed and people have won.

After the removal of the former Prime minister from office, I engaged with a PTI supporter, a gatekeeper by profession, who was in disbelief at what had just happened. What moved me were his words that Imran Khan was punished due to his narrative of independence, freedom and sovereignty by the USA, and even our Judiciary supported its plan.

When a common man believes something to be true, it is hard to disassociate him from those beliefs. The crisis that has emerged from this political upheaval will have dangerous repercussions for Pakistan in future.

Currently, social media is flooded with posts from the supporters of both sides. The heated debates have polluted the environment.

PTI supporters are blaming the judiciary and the opposition for accepting foreign instructions. They are creating a link between the removal of IK, the role of politicians, Institutions and a foreign conspiracy.

While the supporters of the other parties are happy that they have gotten rid of a selected government, a narrative built by the opposition from the start.

But, what had led to this disbelief in the state institutions?

This disbelief owes much to the past reactions of politicians, or the ones with social influence, on the decisions involving them.

The narrative that convicted persons build when decisions go against their wish is that they have not been served justice and the whole institution is against them. While the reaction is the opposite when the decision is in their favour. It is a reality that the convicted mostly never accept the decision but what happens is that in doing so they shape the minds of their supporters or concerned ones.

We can find many examples from history. For example, when Nawaz Sharif was disqualified by the Supreme Court back in 2017, the PML(N) went on to build a narrative that it was being treated unjustly and the decision was a biased one. NS protested with his famous slogan ” Mujhe Kyun Nikala” and demanded justice. But, the decision was welcomed by PTI and other parties.

And, since then the PML(N)’s stance has not changed. But, now when the Supreme Court overturned the ruling of the deputy speaker, the opposition including the PML(N) appreciated it for serving justice. The PTI on the other hand accepted the decision, but with bitterness.

On the other hand, Shehbaz Sharif has sworn in as the 23rd prime minister of Pakistan. The PDM government has been established. While the PTI leadership has decided to resign from the National Assembly, Imran khan plans to go to the public to get maximum support against the “imported government”.

The PDM leadership has expressed that they are in power for electoral reforms. This seems very interesting with EVMs already introduced and expats already being given voting rights.

With the PTI in public, electoral reforms not acceptable to them will further make the next elections questionable.

Lastly, the public is extremely polarized now. It is PTI Vs the rest. The recent crisis seems like a battle of narratives. For PDM, they have toppled a selected government and for the PTI, the PDM has come to power on the back of a foreign power.

The only solution to prevent further polarization and instability is to solve the mystery of a foreign power being behind the regime change in Pakistan. And, that too, quickly.