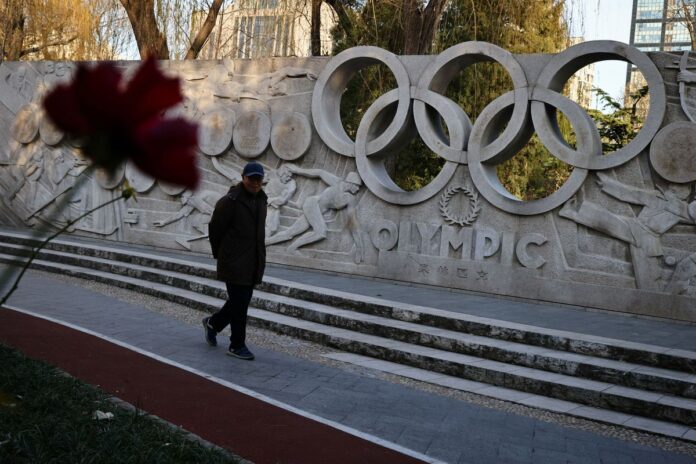 BEIJING: Behaviour by athletes that violates the Olympic spirit or Chinese rules could be subject to punishment, a Beijing 2022 official said, after rights groups voiced concern about the safety of competitors if they protest at next month’s Games.

Rule 50 of the Olympic Charter states that “no kind of demonstration or political, religious or racial propaganda is permitted in any Olympic sites”, although it was relaxed last year to allow for gestures on the field if they are made without disruption and with respect for competitors.

The International Olympic Committee (IOC) has made it clear that athletes are free to express their opinions on any matter in press conferences and interviews within the Olympic bubble, as long as it is not during competition or medal ceremonies.

Yang Shu, deputy director general of Beijing 2022’s International Relations Department, was asked during a virtual briefing on Wednesday about concerns for athletes if they speak out about rights issues during the Winter Games, which begin on February 4.

“Any expression that is in line with the Olympic spirit I’m sure will be protected and anything and any behaviour or speeches that is against the Olympic spirit, especially against Chinese laws and regulations, are also subject to certain punishment,” Yang said.

Cancellation of accreditation is a potential punishment in line with guidelines in the Organisers’ playbook, he said during the event hosted by China’s embassy in Washington. However, the playbook mainly addresses Covid-19 prevention measures and does not address issues such as speech or protest.

In past Olympics, any breach of the Olympic charter by athletes was handled solely by the IOC.

Yang’s comments came after athletes travelling to the Beijing Olympics were warned on Tuesday by speakers at a seminar hosted by Human Rights Watch about speaking up on rights issues while in China, for their own safety.

On Tuesday, the IOC said in an emailed response to a request for comment from Reuters that it “recognises and upholds human rights  as enshrined in both the Fundamental Principles of the Olympic Charter and in its Code of Ethics” at all times.

Some countries including the United States, Britain, Japan and Australia have announced diplomatic boycotts of the Games.